Gangster who accidentally shot his girlfriend is jailed for 10 years 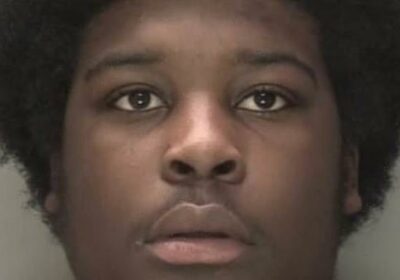 A gangster from Wolverhampton will be jailed for ten years after accidentally shooting his girlfriend with a shotgun last year.

The victim, anonymous, nearly died after being shot when her boyfriend hit a sawn-off shotgun with a hammer.

Kesto is understood to have been playing with the gun’s mechanism to test it before hitting it with a hammer.

The gun went off, wounding his partner and leaving her with a collapsed right lung and the need for life-saving surgery.

Kesto abandoned his girlfriend in the street without calling for an ambulance, leaving a minor to dispose of the evidence. 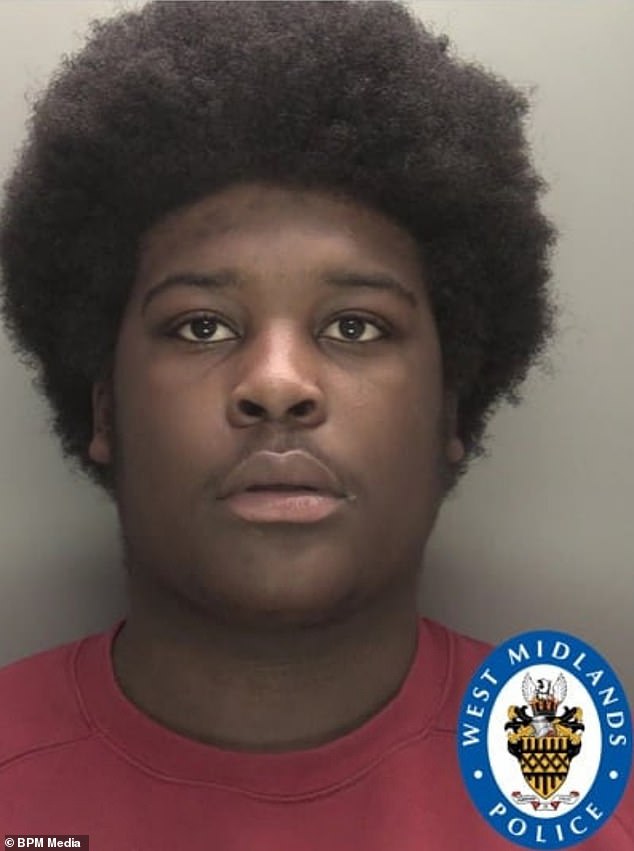 Kesto, 21, was jailed for ten years at a hearing this year after admitting to multiple charges

Now, the 17-year-old who delivered the sawn-off shotgun to Kesto’s mother’s home in Wolverhampton and then dumped it in a bush after the accident has been detained for three-and-a-half years.

The teenager cannot be named for legal reasons.

Birmingham Crown Court heard the 17-year-old took the weapon inside a rucksack to the address at around 4pm on 2 April, 2021.

Kesto then hit it with a hammer and it fired, shooting the victim in the chest.

The 21-year-old Kesto hid cartridges in an airing cupboard while the 17-year-old dumped the gun.

The minor had previously admitted possessing a prohibited weapon and assisting an offender.

Passing sentence Judge Simon Drew QC told him: ‘You became involved in a gang who effectively criminalised you and exploited you in their activities.

‘You were 16 at the time of the offence and you were asked to take a bag containing the sawn-off shotgun to the home of the co-accused, Kesto, who was older than you and a much more active member of the gang.

‘It is a tragedy but also an almost inevitable outcome of being involved in this sort of activity.’

The judge said he had taken into account that the teenager was remorseful, had been experiencing emotional difficulties at the time and had changed his life since the incident.

Samantha Powis, defending, said: ‘There is every prospect that this young man will never trouble the courts again.

‘Events conspired to put him in a perfect storm but that storm has passed.’

She said he had been persuaded to deliver the gun and it had not been in his possession for a long time.