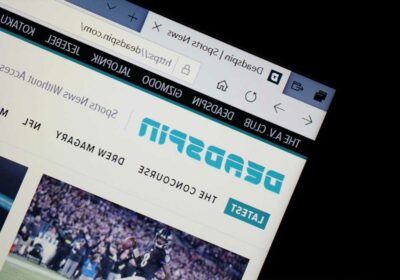 G/O Media, the digital media outfit that saw the entire editorial staff of Deadspin walk out in 2019, continues to grapple with staffing issues, Media Ink has learned.

As this columnist reported on Friday, G/O Media’s editorial director, Jim Rich, abruptly resigned in a move that even caught the company’s CEO, James Spanfeller, off guard.

Now sources say Rich’s exit was just the tip of the iceberg at the media company as it sufferers from editorial churn and fights an explosive discrimination and retaliation lawsuit by a former top executive.

Two G/O sites — AV Club and the company’s flagship site Gizmodo — have been without an editor-in-chief for more than a month, sources said. Insiders estimate that G/O needs to fill at least 15 open editorial jobs out of about 150.

Meanwhile, G/O continues to battle a Manhattan federal court lawsuit filed late last year by laid-off company executive Katherine Pontius Ebel, who claims CEO Spanfeller “took control of creative, successful diverse brands like the Onion and transformed them into a business run exclusively by a clique of his white male friends and colleagues.”

G/O counters that it is “outperforming our 2021 goals in terms of profitability and reader engagement” and that it is hiring across all departments, including editorial. It also denies Pontius Ebel’s claims, which it is fighting in court.

Pontius Ebel says she spent eight years at satirical website the Onion when Univision sold it along with a dozen other sites to G/O Media’s financial backers, private equity company Great Hill Partners, in April 2019.

After the sale to Great Hill, Spanfeller offered Pontius Ebel a promotion to chief talent officer of the entire company, the suit claims. But, according to the lawsuit, the promotion was withdrawn after Pontius Ebel objected to Spanfeller’s move to let go of EVP and Gizmodo Media Editorial Director Susie Banikarim, one of the few female executives and the only woman of color at the company.

Banikarim was laid off as part of larger cuts at Gizmodo shortly after the acquisition and joined Vice Media as editorial director by the end of 2019.

Spanfeller then withdrew the chief talent officer job, leaving her with a diminished role at the Onion, the lawsuit said. A few months later she was fired.

“Sadly, former chief of staff and chief revenue officer of the Onion…could not join Spanfeller’s exclusive boys club leadership team because she is a woman and stood up against the discrimination that was beginning to pervade the organization she loved,” claims the suit filed by Julia Elmaleh Sachs of Crumiller P.C., one of the attorneys representing Pontius Ebel. The law firm bills itself as “The Feminist Litigation Firm.”

“G/O Media is extremely proud of its ongoing commitment to grow and foster diversity, equity and inclusion which is heavily supported by the company’s leadership,” the company said, claiming that “more than half of the company’s management positions are held by diverse incumbents, including women.”

G/O lobbed a countersuit at Pontius Ebel claiming she breached her fiduciary duties and her employment agreement. A judge has tossed the company’s counterclaims, but the company said it plans to file an amended complaint against her this week.

Rich, a two-time editor-in-chief of the Daily News, joined G/O first as the editor-in-chief of Deadspin in November 2019 following a mass exodus of the site’s editorial staff due to top brass trying to keep writers from covering topics beyond the sports.

He did a good enough job to get promoted to editorial director of the company’s remaining 11 sites in May, even as the sports world that was the subject of Deadspin coverage came to a screeching halt last March due to COVID-19 lockdowns.

Asked why resigned, he said, “I had ongoing disagreements with upper management and it made it impossible for me to do my job.” He declined further comment.

But one insider said Spanfeller “is an incredible spendthrift about everything…If you have someone nickel and diming critical headcount, [it is] impossible to get anything done.”

Another insider called Spanfeller a “micromanager” who constantly bigfoots his top managers and executives in editorial and other areas of the company — even going so far as to question the cost of napkins and silverware at company-sponsored events.

Insiders also complained that Spanfeller and the head of HR, Angela Persaud, have slowed down the process of filling about 15 open editorial jobs.

In the case of Rich, it culminated in a shouting match between the editorial director and CEO on Friday afternoon, sources said. Rich suddenly resigned on the spot.

Some reports on Rich’s departure speculated that it had to do with a story about ESPN sideline reporter and host Rachel Nichols making disparaging remarks about the talent of Maria Taylor, a black woman that ESPN moved to host of the 2020 NBA finals.

Deadspin had a segment of the leaked video, but did not report on the racial overtones. The New York Times obtained the video one year after the Deadspin story, written by Rich, failed to mention the racial angle and instead played up the invasion of privacy concerns, labeling the Nichols colleague who had leaked the video “a creep.”

A spokesman for the company attributed the split to a “clash of management style” but said the flap over the ESPN story “did not play a role.”

Rich, meanwhile, told Media Ink that he and Spanfeller “never had a discussion about the story.” And he added of that story that he had just “four minutes of a 20 minute tape.”

“Given the information we had … I’d probably write the same story today,” he said.