FURIOUS cruise passengers staged a mutiny after their "mystical fjords" tour turned into a "holiday from hell".

Tourists forked out £5,300 for the trip that promised visits to France, Amsterdam, Norway and Iceland. 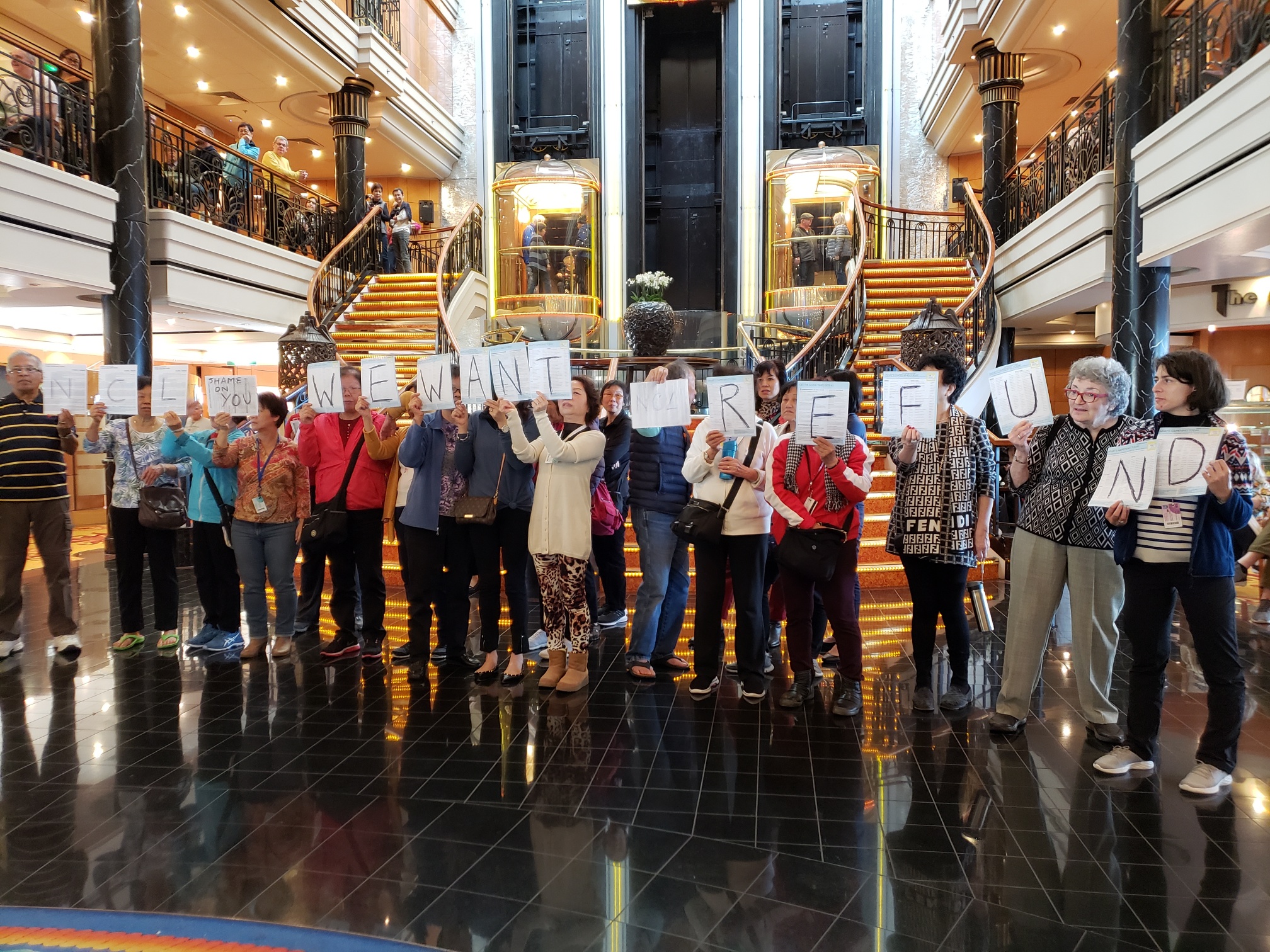 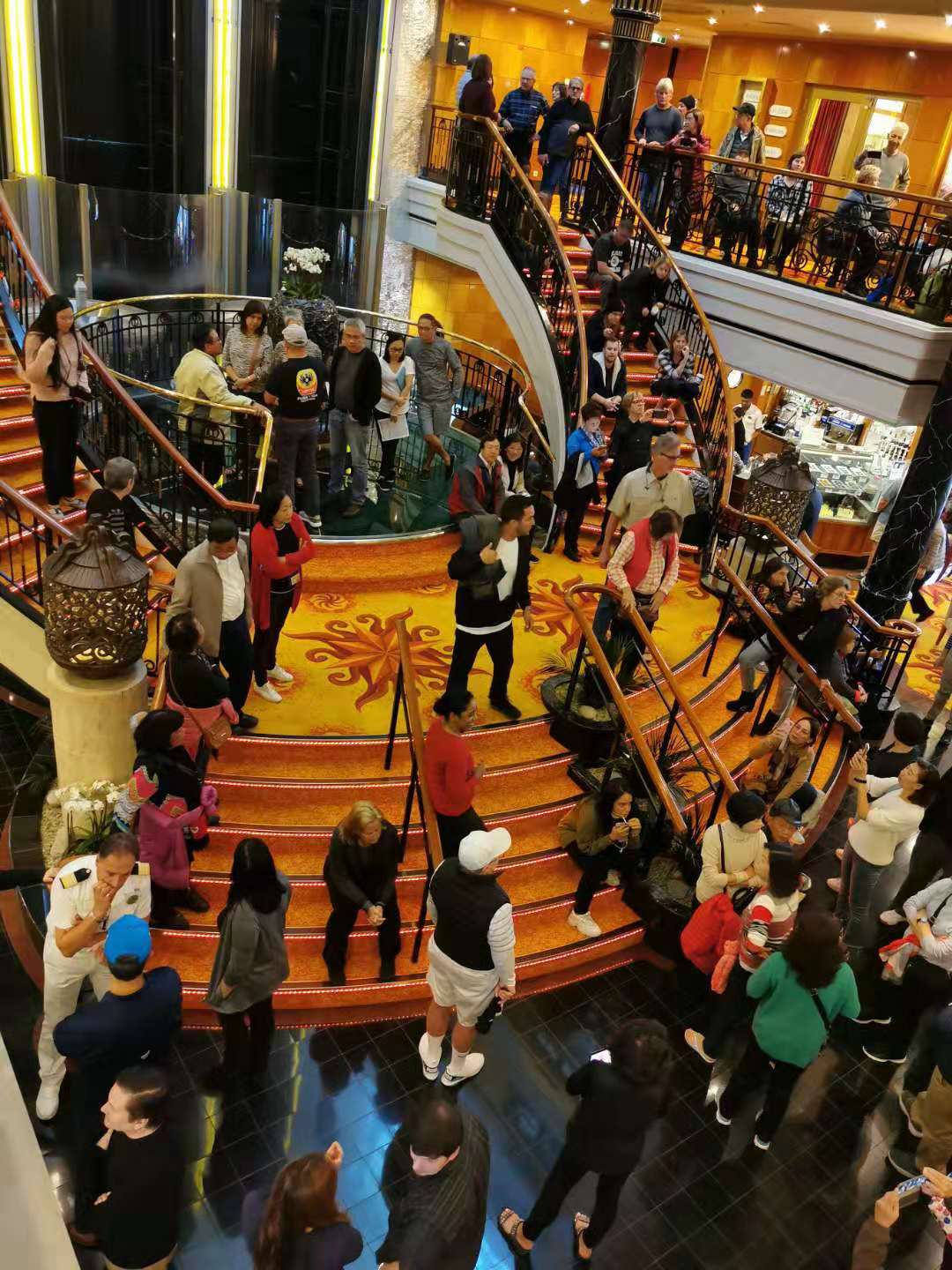 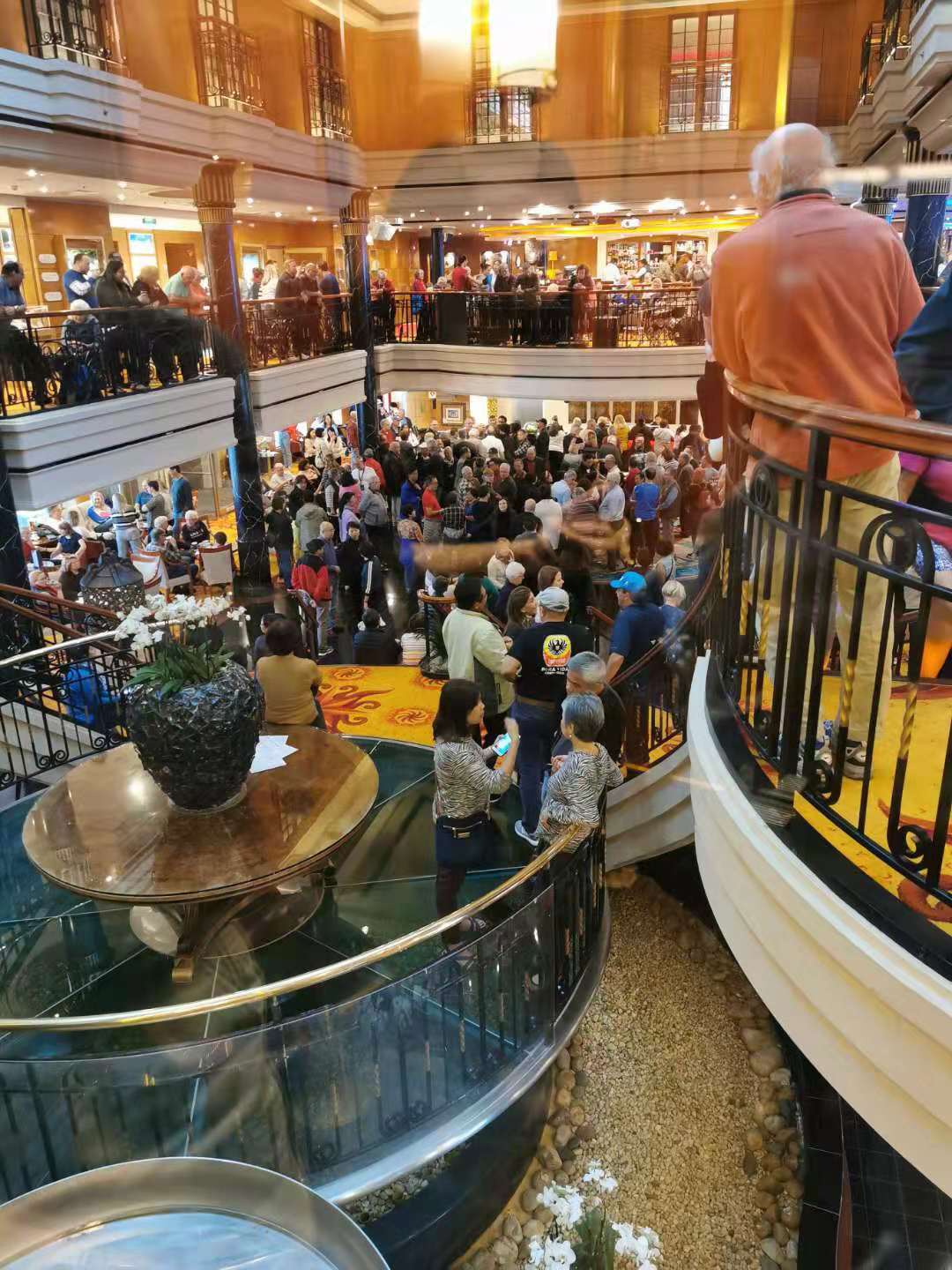 But the trip descended into chaos and holidaymakers started chanting "get us off this ship" when the cruise liner skipped most of its intended stops and they were left to eat stale food.

The Norwegian Spirit had headed off from Southampton on September 27 – immediately unable to dock in Le Havre or Amsterdam due to high winds.

According to some passengers, the ship eventually docked at a “deserted” Norwegian town that was closed to tourists before moving on to Greenock near Glasgow because Iceland was also stripped from the itinerary.

But again, the ship was denied access and moved on from Greenock to Belfast, resulting in three days at sea for the angry passengers.

By this time, holidaymakers were left furious – complaining that the food had gone stale and the bathrooms were backed up by the time they reached their third day at sea – starting a riot on board.

Video posted to Twitter shows passengers protesting in the ship’s grand atrium, chanting “shame on you”, “we want refunds” and “get us off this ship” before demanding to be taken back to London.

Tourist Deena Roland, 48, said she had been hoping for a relaxing 14-day cruise with husband Adrian, 48, but said: "There are a lot of angry people on this ship and the lack of adequate explanation as to what's going on almost caused a riot this morning.

She told the Daily Mail: "It's been a nightmare of a holiday, and now many of the toilets in the cabins are overflowing with sewage. It's really not my idea of a luxury cruise break."

Another cruise passenger said the crew wouldn't tell them what was going on, saying: "We were promised such an incredible trip to all these amazing places but it turned into the holiday from hell."

And tourists are still stuck on the ship – not expected to dock until the 11th.

Guests – who paid up to £5,300 per person for luxury suites – had been expecting a dream holiday including a range of restaurants, casino, spa and theatre.

The US-based operator declined full refunds, instead offering a 25 per cent voucher towards a future cruise.

It is understood the ship ran into bad weather caused by Hurricane Lorenzo, which barrelled in earlier this month from the Atlantic before hitting Britain.

The storm produced significant swells, high waves and storm surges that led to some coastal flooding and damage, especially along the western and southern coasts.

It was the largest recorded storm to have made it so far east in the north Atlantic.

In a statement, a spokesperson for Norwegian Cruise Line said the ship was forced to cancel the docking at Greenock due to weather conditions “as well as a delay caused by a departing navy vessel that experienced a technical malfunction”. 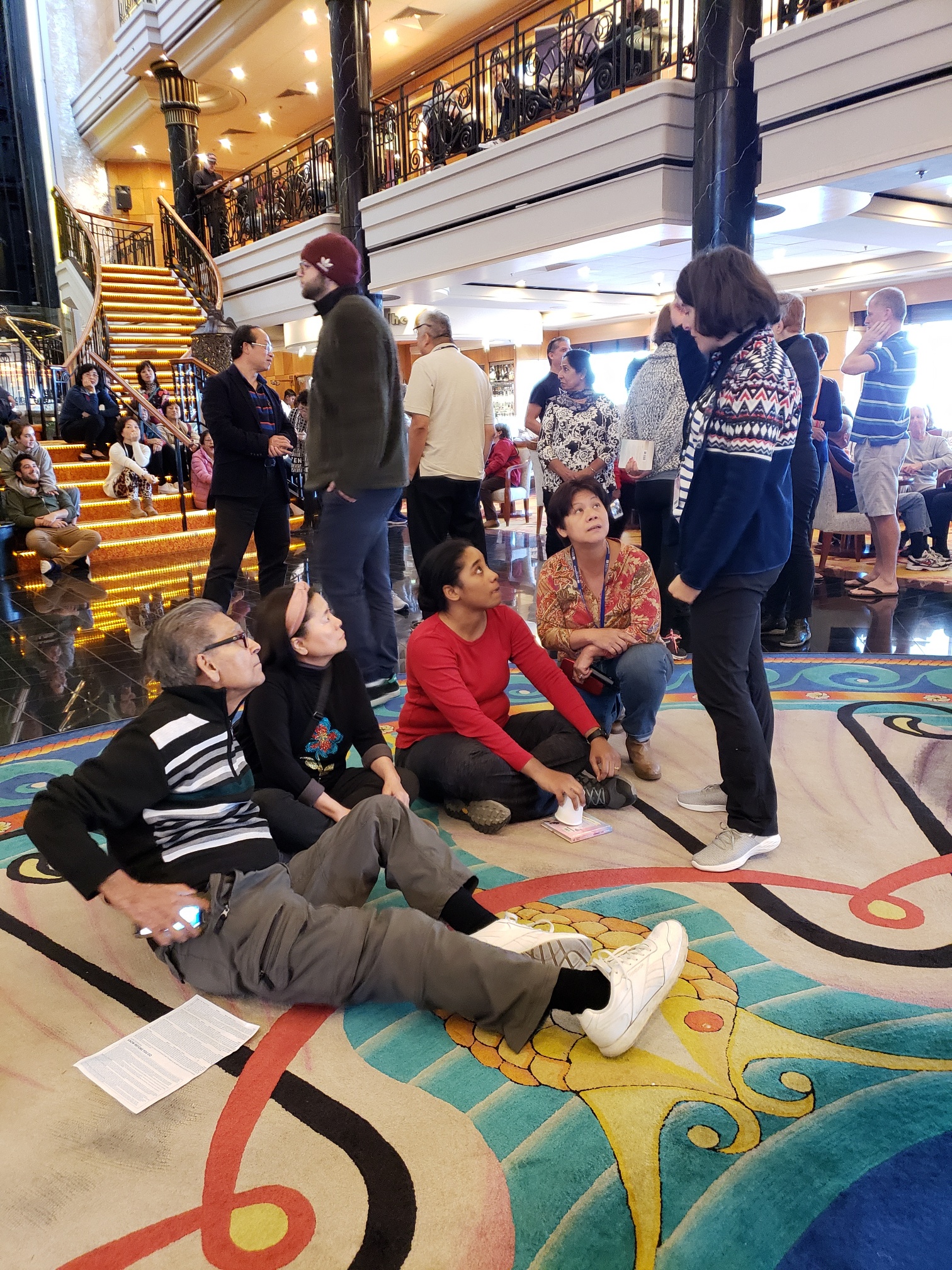 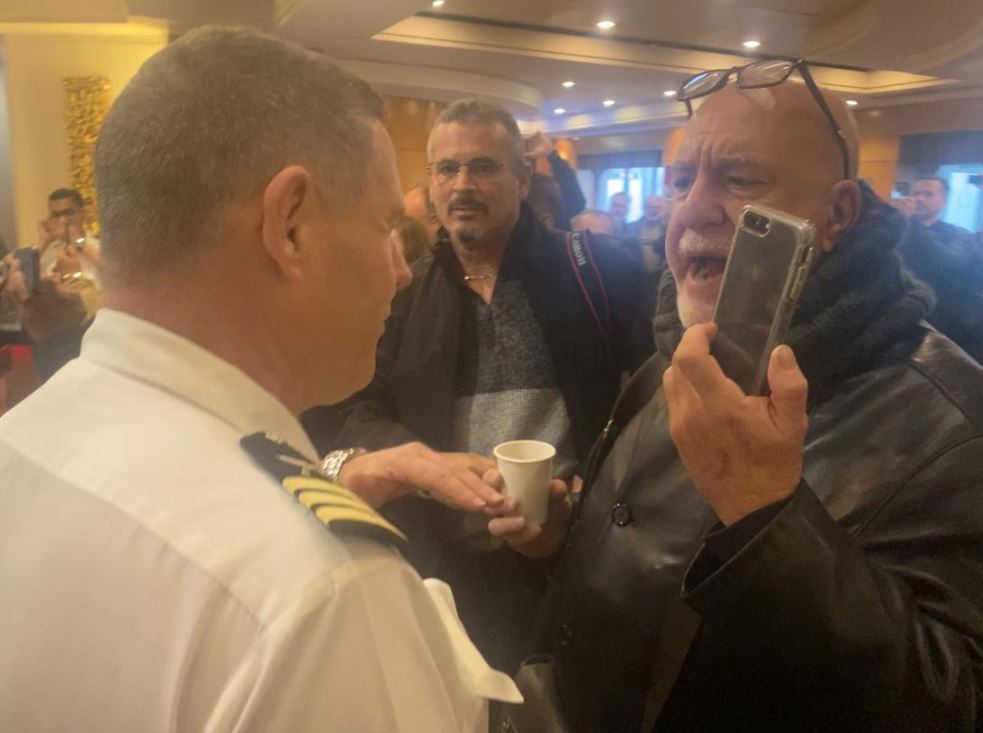 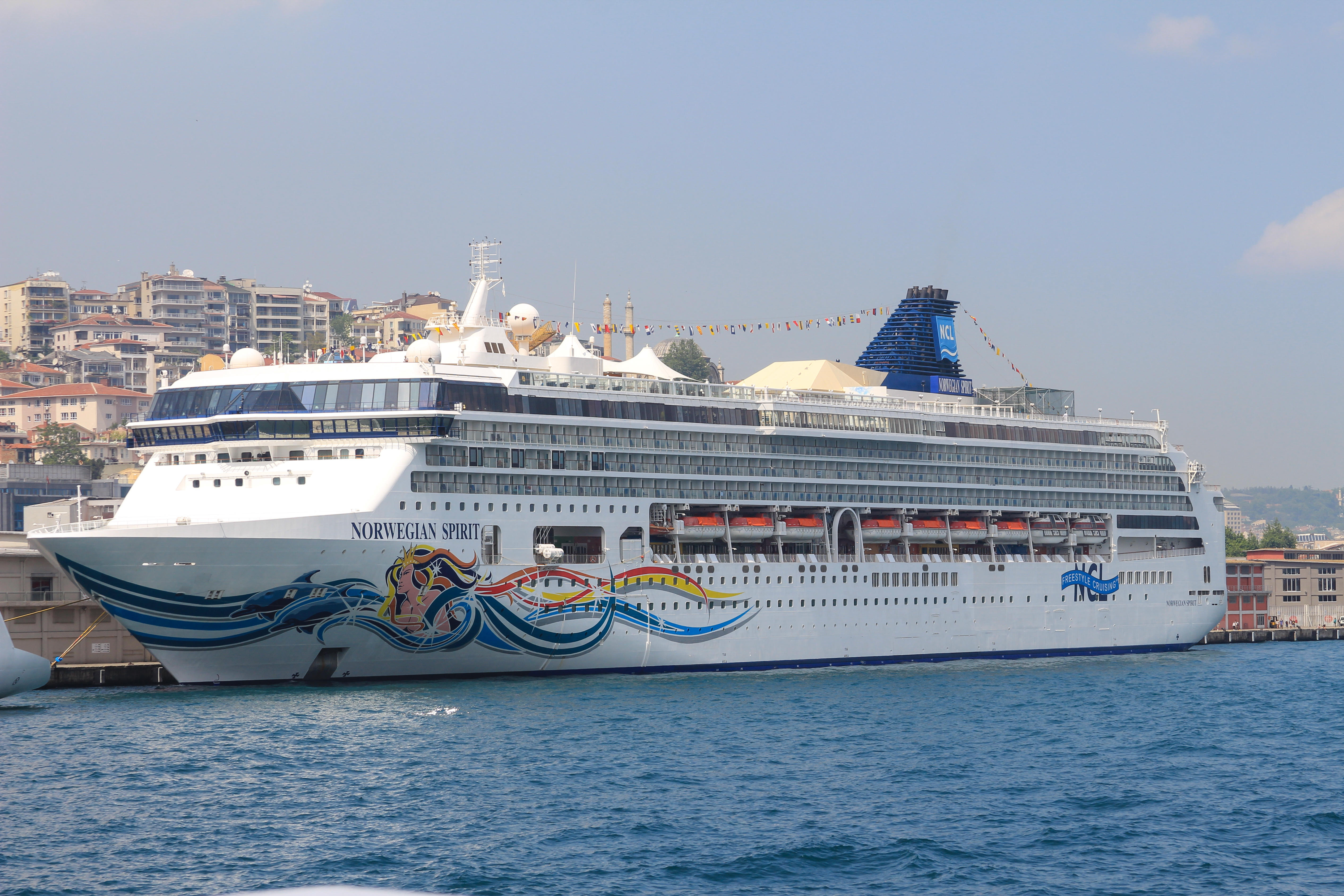