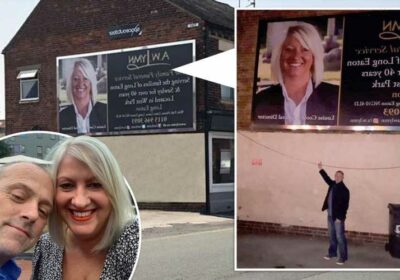 FUNERAL director Louise Cook is to marry an admirer who saw her face on a giant billboard — and fell in love.

Mick Bramman, 56, was so taken with the image of Louise on the advert for her firm that he traced her online. 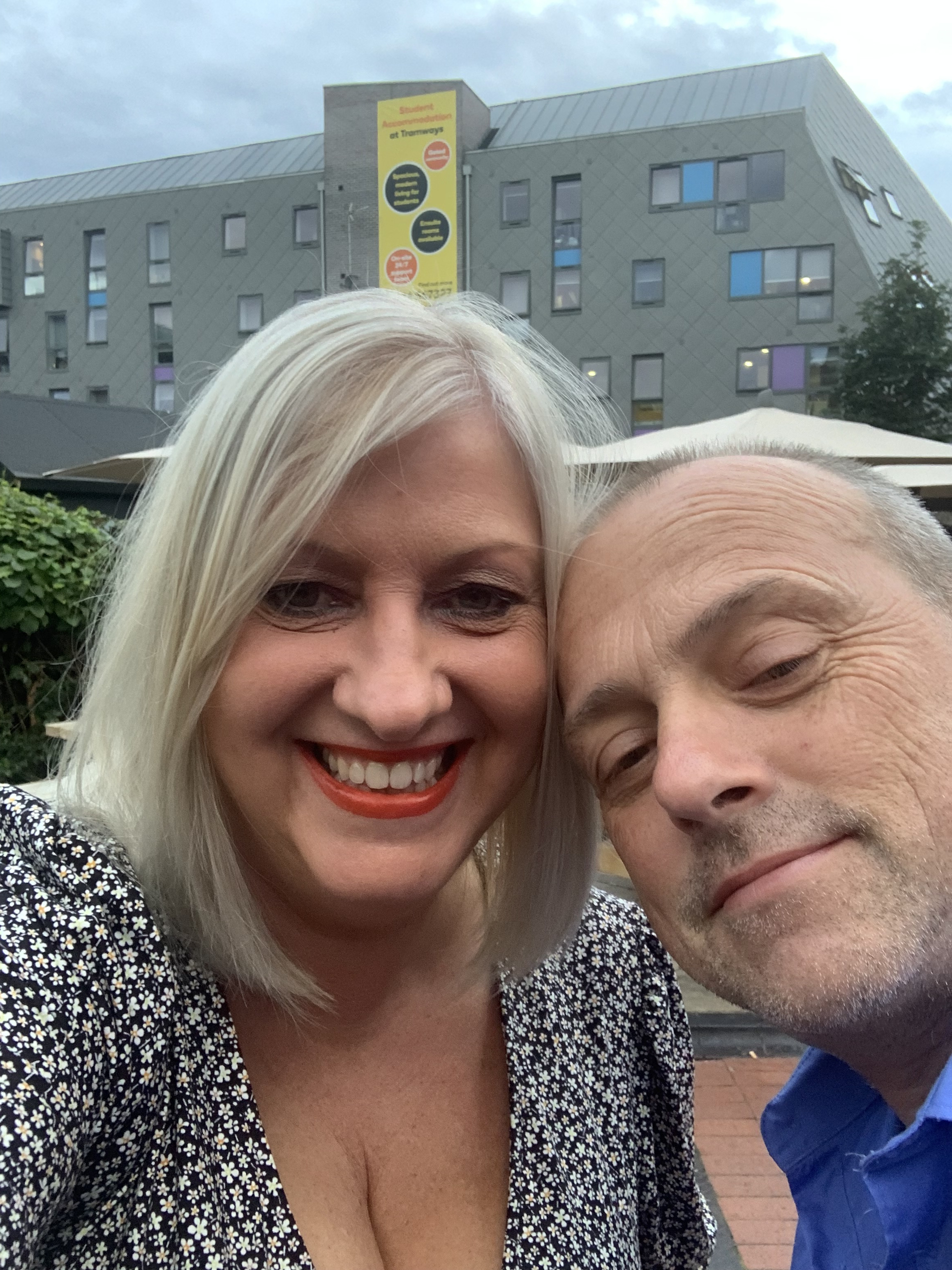 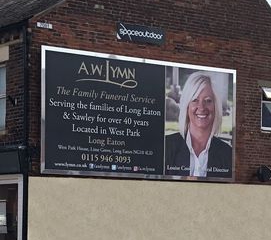 He sent a message asking for a date — then a snap of himself standing under the end-terrace billboard pointing up at her.

Amused Louise agreed to meet and, two years on, she and upholstery firm foreman Mick are nearing their big day.

“He asked if I’d like to go out some time. I initially didn’t think much of it. Then, the next day, I got another message.

“To my surprise, it was a photo of him under the Lymns’ billboard I was in. I thought it was hilarious.

“The photo was the reason I agreed to let him take me out. We have a similar sense of humour.”

Special permission has been granted for the wedding to take place in the chapel in the grounds of the funeral home where Louise works.

She said: “We’ll be the first couple to marry there and I’m very grateful that we’re being allowed to.

We’ve been right from the start and for us to meet the way we have is an unbelievable story.”

Chris Anastasi, of Starlite Outdoor, who produced the billboard, said: “We can’t believe our billboard has been the catalyst for a love story!” 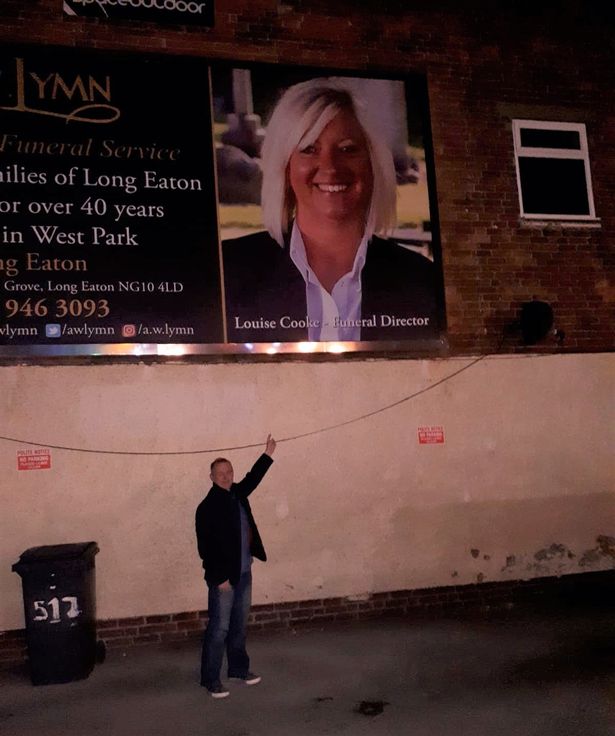 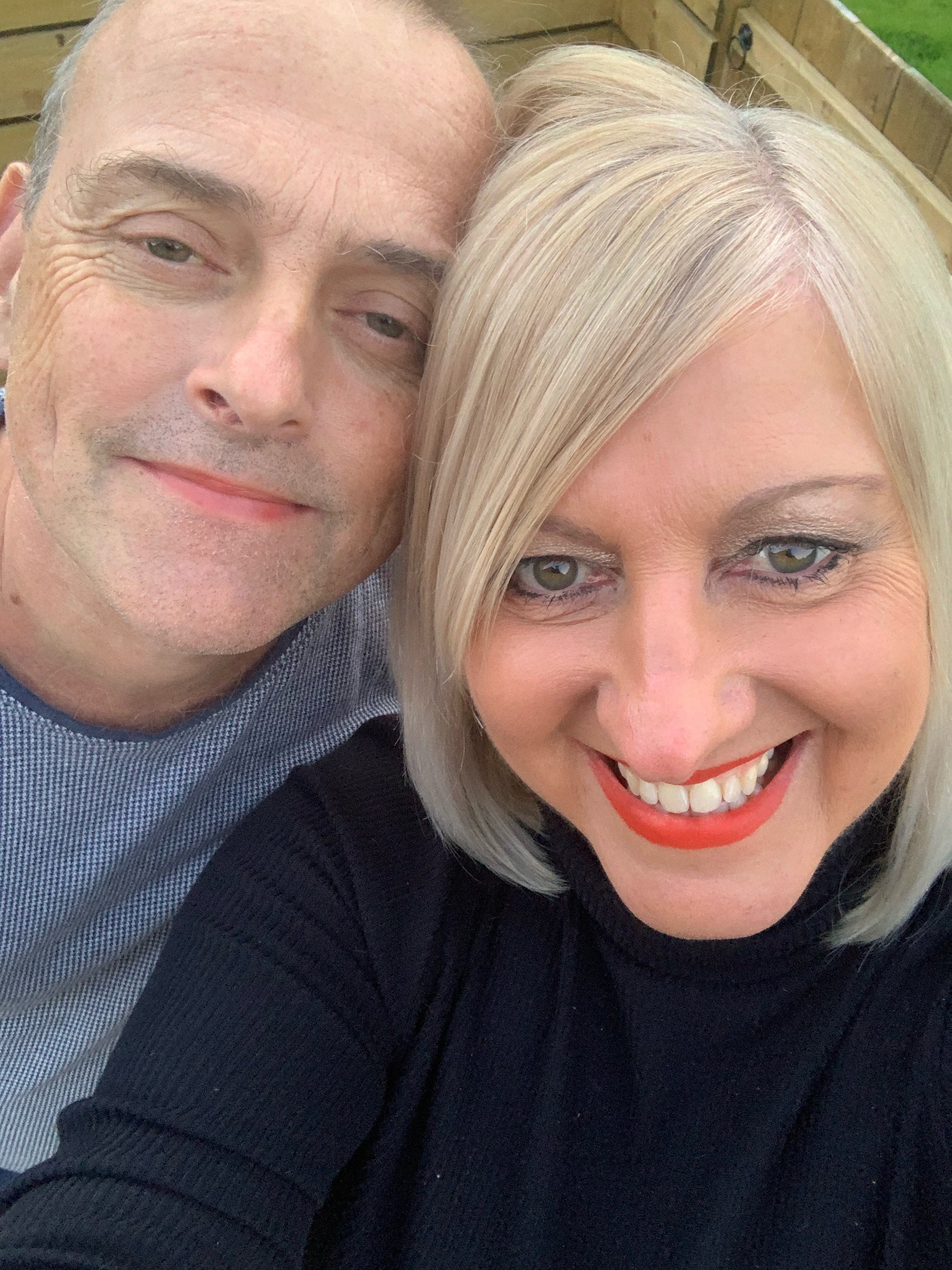