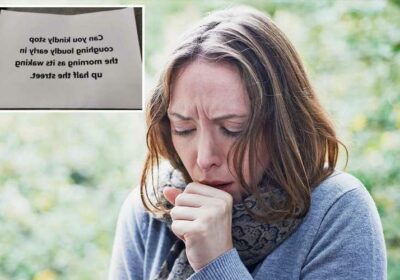 A LOCAL resident was left fuming after they got a bizarre note left on their car telling them to “stop coughing”.

The person, who has not been named, took to Reddit to ask users for their opinion over what a neighbour clearly thought was a really annoying habit. 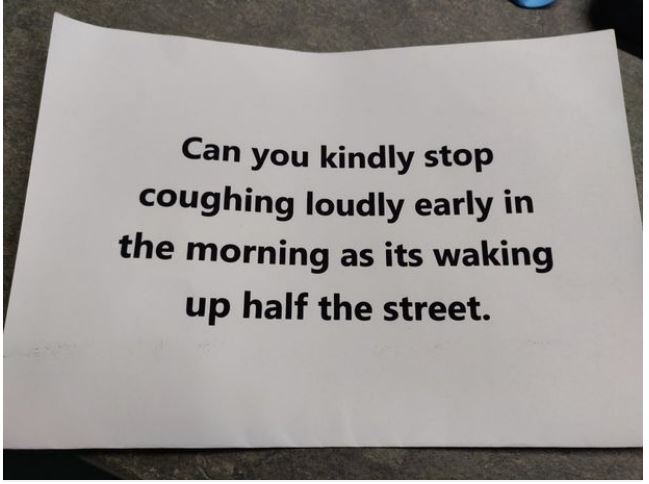 The user posted a picture of the A4-sized note that had been left on their car and which read: “Can you kindly stop coughing loudly early in the morning as it’s waking up half the street.”

It is unclear when or where the note was left.

In the original post, which has since been deleted, the user wrote: “This was on my windscreen this morning. Anybody else have passive aggressive neighbours?!"

The post has picked up around 1,500 comments with many users of the social media site saying they could relate to the post.

One user wrote: “We had a neighbour like this. He’d cough all the d*mn time and loud enough to wake us up. He had the nerve to complain about our puppy barking in the morning and it was because she was scared of his coughing.”

Another wrote about their own experience: “My neighbour did the same. The sounds of him retching made me retch. Like that family guy episode.

"Hated going to bed knowing I would hear him first thing in the morning. Luckily he moved out but I have been plotting unreasonable sleep deprived responses.”

A third said: “You must have a cough like Brian Blessed.”

One commented: “As someone with a neighbour like you OP: go to the doctors or die quietly.”

Others expressed sympathy for the alleged cougher, with one saying: “There's a bloke on my road about 4 doors down and you hear him coughing all the time.

"Recently found out he's got Asbestosis. So f**k whoever wrote that note.”

Earlier this month, residents penned an angry note to a driver who parked so badly a food delivery driver could not get down a street.

The car blocked the road, leaving the Asda worker forced to park away from his destination and walk all the way to the customer's door.

An anonymous resident left the note behind the driver's windscreen wiper on a street in Burton, Staffordshire. 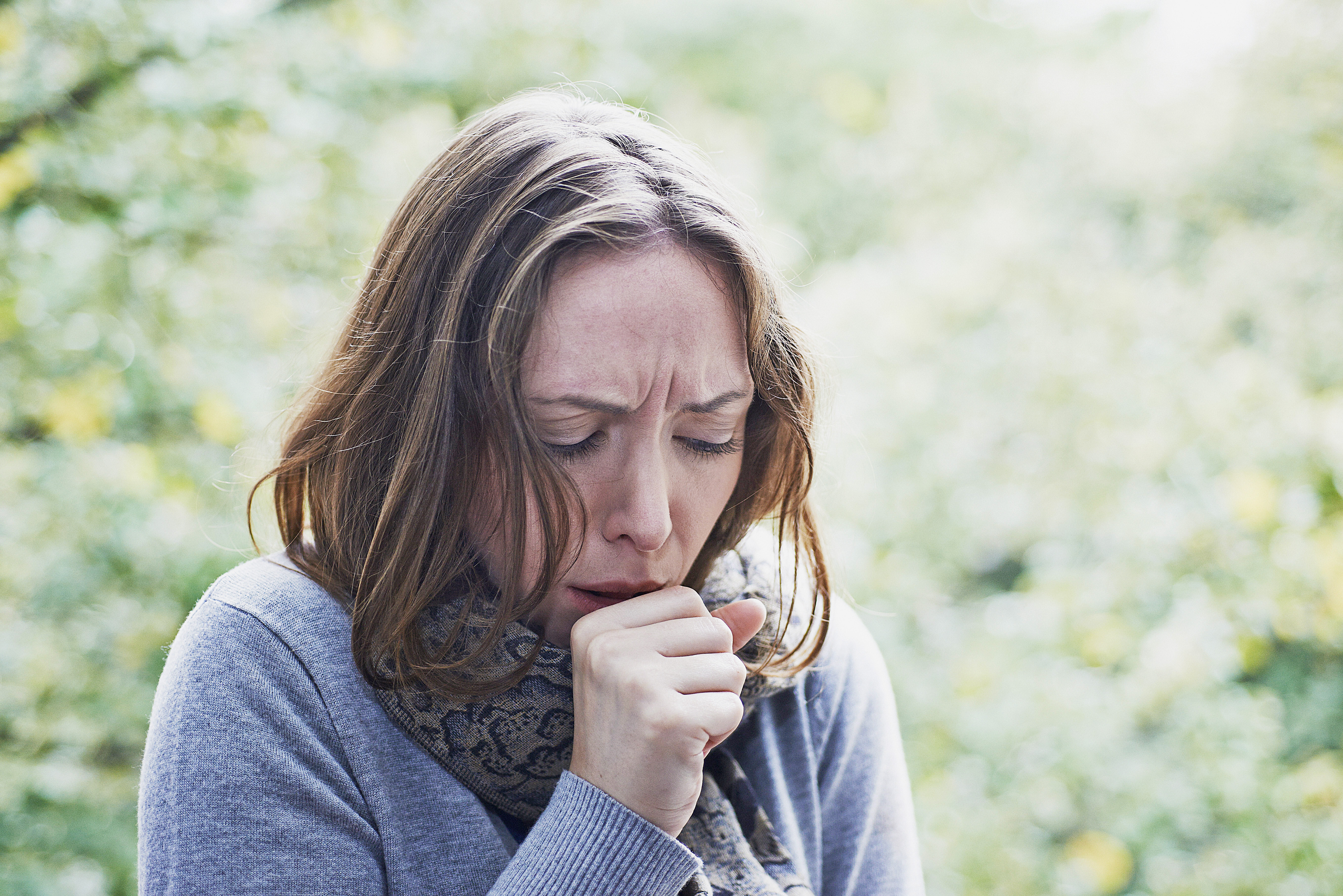