A French TV show has been hit with accusations of blackface after dressing a rape victim and former teenage prostitute up as a black person ‘to protect her identity’.

Sept a Huit (Seven to Eight), a popular weekly current affairs show, aired an interview with a 17-year-old girl identified only as ‘Nina’ as part of its ‘portrait of the week’ segment on Sunday’s show.

In order to hide the teenager’s identity, the show’s producers applied black face makeup and gave her a frizzy-haired wig to wear. 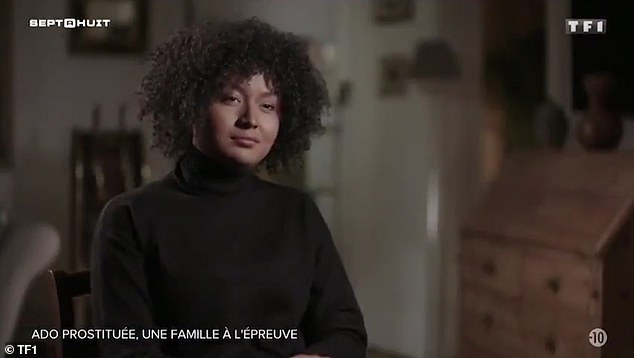 Interviewer Stéphanie Davoigneau then asked ‘Nina’ questions on camera about a book she wrote called Papa, Viens Me Chercher [Father, Come And Get Me].

The book contains her first-hand account of being raped by a man before becoming a prostitute in order to pay off a drug debt.

Her father, who is presented without makeup as a white-skinned man, was also interviewed as part of the same segment. It is not clear if he is her biological father.

The move produced a mixture of outrage and ridicule on social media, with producers being accused of playing into racist stereotypes.

Show host Harry Roselmack, who is himself black, attempted to defend the move by saying that it was not intended to ‘mock or entertain’.

‘The choice of this makeup was made after tests, by experts, with the agreement of Nina and her parents,’ he added. 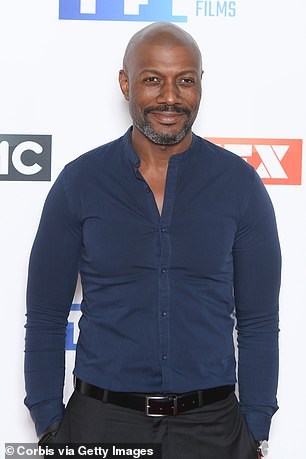 Host Harry Roselmack defended the decision, saying it was taken to protect the victim rather than to mock or degrade her

‘Without going into details that could help identify Nina, this choice was the most visually efficient.

‘It has happened that we approved, in a similar context, the opposite makeup: lightening the skin of a black woman to allow her to testify.’

He went on to accuse viewers of ignoring the real debate around child prostitution in order to post outrage on social media, and distracting from the real issue.

‘The real substantive debate, the societal debate supported by the brave testimony of this teenager and her father has been left in the background,’ he said.

‘Over 7000 teenagers are said to prostitute themselves in our country. Nina was one of them. Her story is terrifying.

‘But what everyone is talking about is the way her makeup was done for her protection.

‘The fact that the black community can rise and respond publicly to what it considers disrespectful is a good thing. But we ought to make the right choices to fight the right battles.’

Bosses also attempted to defend the show, saying that it is their policy never to blur the face of any of their interviewees – without giving further details.

‘Our priority is to preserve and protect the witness’ anonymity,’ a spokesman added. 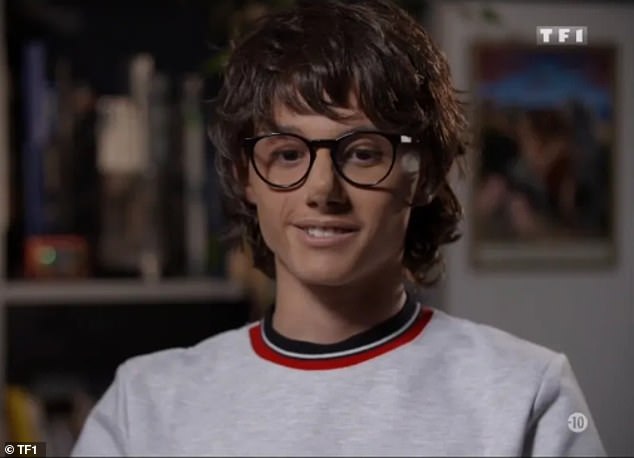 ‘Nobody today can tell this person’s ethnic background and this is what was important for the production.’

During the interview, Nina explains how being raped at a young age robbed her of the enjoyment of sex, and created the conditions for her to become a prostitute.

‘Since this was done to me, I decided to take back power and convince myself that I have power, precisely by sleeping with men for money,’ she said.

In 2018, another guest appeared on the show in heavy makeup in order to hide their identity – a 16-year-old named only as ‘Hugo’ who said he had been bullied because of his sexuality.

Hugo appeared on the show wearing heavy white face makeup, a false nose, wig and glasses as he testified about the abuse.