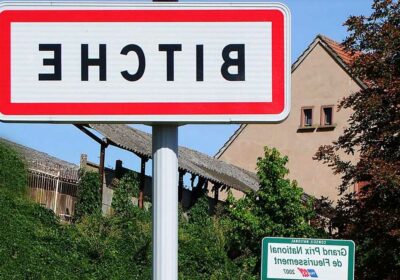 Fake COVID vaccination cards are spreading like a virus online

A French town by the name of Bitche had its Facebook page taken down because of its similarity to the sexist slur, local officials said.

The small town near the border of Germany had been begging the social media giant for almost a month to uncensor its page — which the company refused to do until Tuesday, officials said.

“The President General Manager of Facebook France has personally contacted the Mayor to inform him that the City of Bitche page has been published again and to apologize for any inconvenience that may have been caused.”

Town officials said the page was taken down because it violated Facebook’s terms of service, even though Bitche has no English translation and the French word for the insult is completely different from the English term.

Valérie Degouy, a spokesperson for Bitche, said they left “about 10 messages every day” on the Facebook France page — and when they finally heard back they were told they’d have to wait for an official response from Facebook, The Sun reported.

The page, which features critical information about COVID-19 screenings, mask-wearing and school enrollments, was back up as of Tuesday morning.

Officials said they were forced in the interim to create a new page dubbed “Mairie 57230,” a reference to the town’s zip code.

“The City’s official page has been removed by Facebook. We made an appeal, but for now it is still invisible. The appeal process can take several months, that’s why we created this page to continue communicating with you on social networks,” a Monday post read, urging followers to spread the word about the new page.

Degouy said even creating the Facebook page in 2016 was difficult.

“I already had problems when I created the town’s Facebook page. I could not enter the word Bitche, it was impossible,” the spokesperson said, according to The Sun.

“I had to create a page that I had called Ville fortifiée, and change it afterwards, in the description, to say that it was the official page of the town of Bitche and point out at the same time, the user name was Ville de Bitche. At that time in 2016, it was allowed.”

Bitche’s censure calls into question how other French towns with similar — or arguably worse — names will be treated should they try to create Facebook pages.