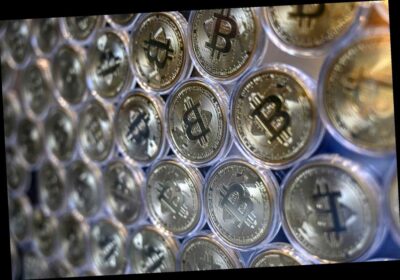 Meet the bitcoin investors who got insanely rich off crypto

Dip-coin: Watchdog warns traders could ‘lose all their money’ after Bitcoin plummet

Sales from the crypto: 2 NYC bars could make history by selling for Bitcoin

A French computer programmer sent about $522,000 in bitcoin to far-right American activists before he died by suicide last month, according to reports.

Laurent Bachelier — a Paris-based developer who espoused right-wing beliefs online — made the payments on Dec. 8, a day before he published a blog post revealing that he had taken his own life after suffering from years of chronic pain, The Wall Street Journal reported Monday.

“I care about what happens after my death,” wrote Bachelier, 35, according to a copy of the post published by Chainalysis, a bitcoin analysis firm. “That’s why I decided to leave my modest wealth to certain causes and people.”

The recipient of Bachelier’s largest gift was Nick Fuentes, a far-right online influencer who was at the US Capitol the day it was swarmed by Trump supporters, according to the Journal.

Fuentes was reportedly seen outside the Capitol as the Jan. 6 riot unfolded but he has said he was not inside the building.

Bachelier sent Fuentes 13.5 bitcoin that were worth about $250,000 at the time of the transfer, Chainalysis found. The cryptocurrency has more than doubled in value since then, making the amount Fuentes received worth more than $500,000 as of Monday.

Bachelier also gave 1 Bitcoin each — currently worth about $37,000 — to VDARE, an anti-immigration website; the Daily Stormer, a neo-Nazi message board; and Gab.com, a social-media platform popular with the far right, Chainalysis said in a report last week.

Chainalysis did not name Bachelier in its report, but the Journal said it confirmed his identity through online records and interviews.

The FBI has been briefed on Bachelier’s payments as it probes whether far-right groups have received funding from foreign sources, according to the Journal.

Bachelier helped developed Weboob, a set of digital tools that are used scrape information from the internet without using a web browser, the paper reported. Weboob is among the software projects listed on Bachelier’s profile on GitHub, a platform that developers use to share code.

In his final blog post, Bachelier said he had suffered for about eight years with health problems including trigeminal neuralgia, a chronic condition that causes pain in the face. He also bemoaned the “decline of Western civilization” and appeared to criticize coronavirus lockdowns and last year’s Black Lives Matter protests.

Bachelier’s brother, Fabien Bachelier, confirmed to the Journal that his brother died by suicide and said the family was mourning.

“We don’t understand. We are just learning about some things,” Fabien told the paper.