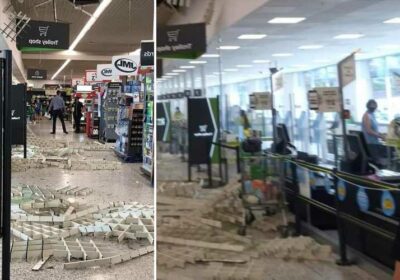 A FOUR-week-old baby was hurt after a ceiling collapsed in a branch of Asda – as a mum with a pram stood right below it.

The tot was rushed to hospital yesterday after the horrifying incident at a supermarket in Ashton-under-Lyne, Greater Manchester. 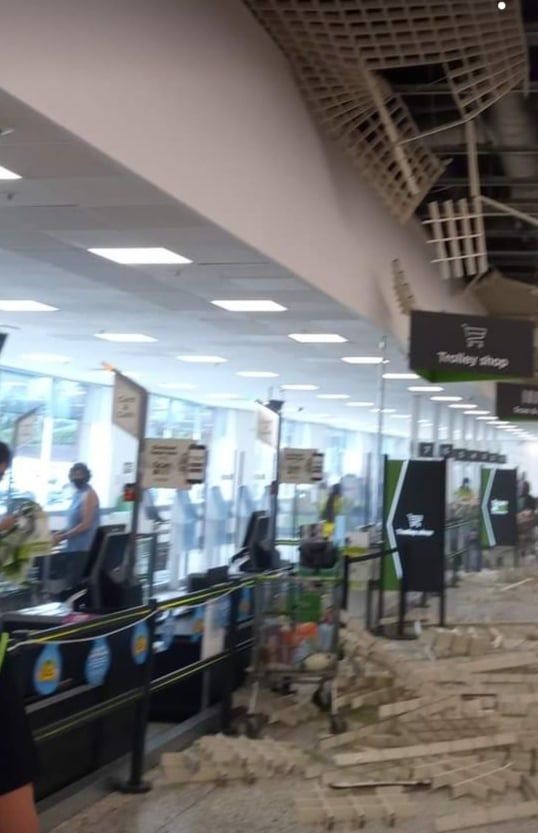 Witnesses say the little one suffered an injury after panels fell, the Manchester Evening News reports.

Shoppers rushed to help after hearing the mum's screams.

Customers were evacuated from the Cavendish Street superstore following the incident at around 4.45pm yesterday.

Pictures taken inside the shop show a section of the ceiling was damaged near the self-checkout tills. There was also debris scattered across the floor.

A 34-year-old woman, who was shopping inside the store at the time of the incident, described the scenes as “heartbreaking”.

She said: “The aluminium panels landed on the baby in the seat on the trolley. The baby boy was around four weeks old.

"Asda staff put a cold compress on his head and was making up a bottle.

“They have taken the baby to hospital.

"I advised not to feed him or to keep the compress on longer than two to five mins at a time.

"That woman's screams were heartbreaking.”

Paul Bowers, who was also in the shop at the time that the ceiling collapsed, said: "I was walking round and I went down one of the aisles and heard this big bang.

"They were calling out to everyone to go to the checkout so I went over to see if anyone was hurt.

"Someone told me that a woman with a pram was right underneath it and managed to get away at the last second.

"I thought something was kicking off when I first heard it.

"Next thing, there was loads of dust everywhere. They told everyone to stop shopping and leave the building."

A spokesman for Asda added: “We are aware of an incident at our Ashton store and we are currently investigating what could have happened.” 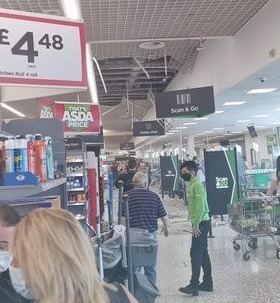 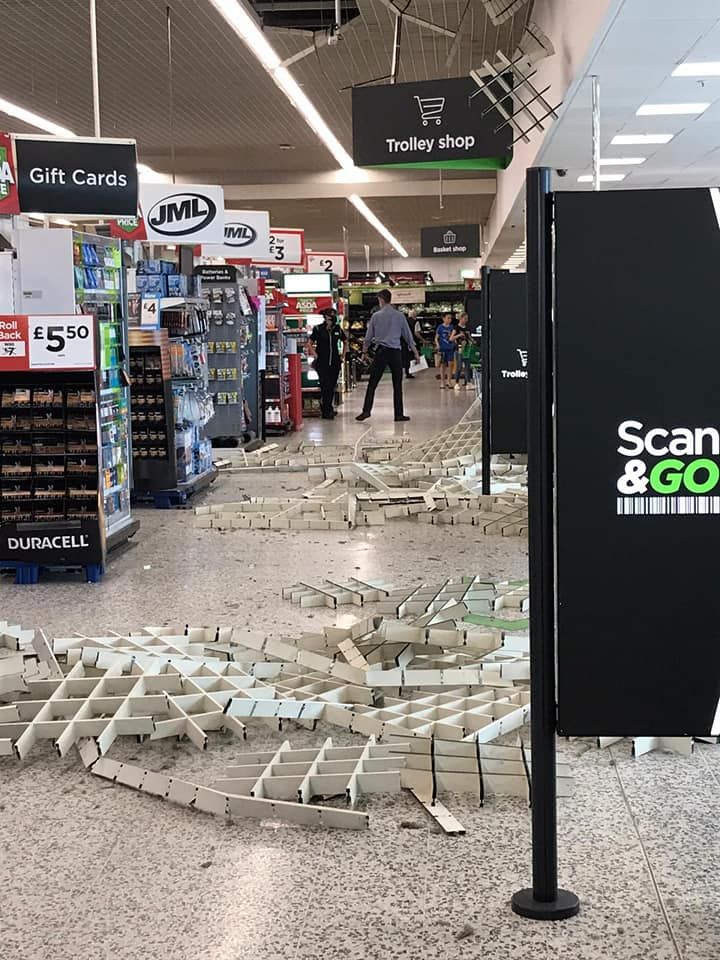