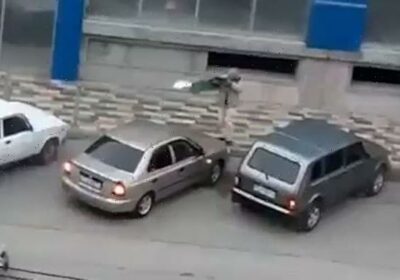 This is the horrifying moment a gunman opened fire on the streets of a Russian town, killing three before turning the weapon on himself.

The man named as Vladimir Zhirov, 66, went on a shooting rampage in a shopping district in the southern Russian city of Krymsk, just 90 miles (144km) from Crimea.

He was seen on the street opening fire with a VPO-209 hunting rifle for which he was a registered user.

Footage circulating on social media shows Zhirov firing a gun as he walks past parked cars.

Zhirov, masked with a green piece of cloth draped over the rifle, continues to fire shots as he makes his way down the street. He then fires close range at someone lying on the ground. 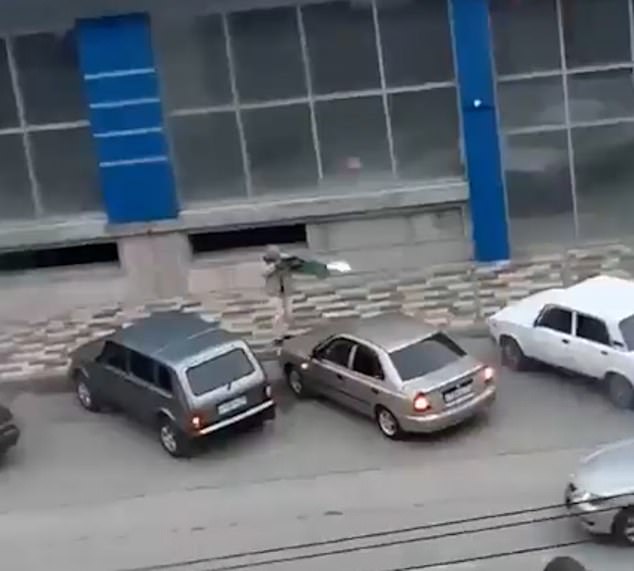 Zhirov reportedly started his killing rampage following a row with his ex-wife.

The heroic guard had apparently saved the life of the shooter’s ex-wife.

The shooter had reportedly lost a court battle over a flat involving his son triggering the domestic row.

He first shot the security guard in the leg and then killed him with a close range shot to the head.

Another video circulating online appears to show Zhirov continuing to fire shots in the shopping district before entering a grey car.

After driving towards the location of his ex-wife’s house, Zhirov then took his own life. 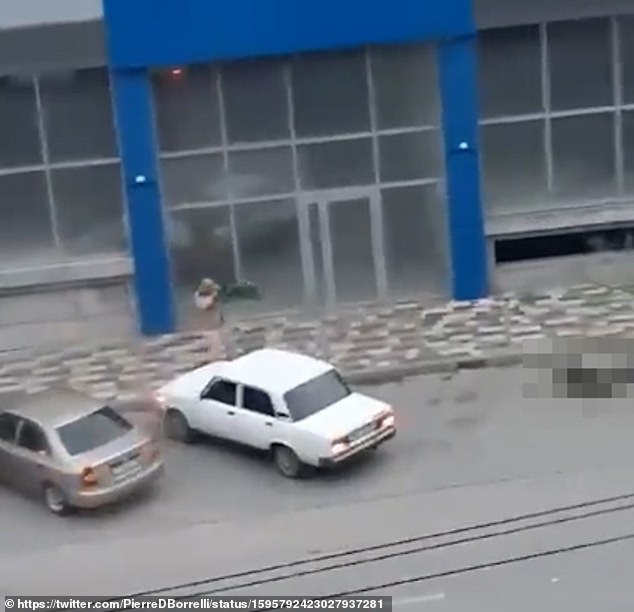 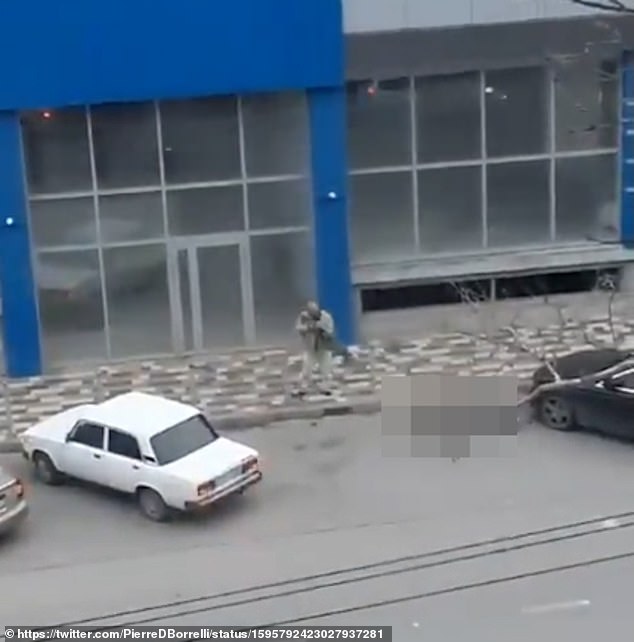 Zhirov, masked with a green piece of cloth draped over the rifle, continues to fire shots as he makes his way down the street. He then fires close range at someone lying on the ground

His ex-wife was unharmed in the shooting in a region which borders Ukraine.

The Investigative Committee for Krasnodar region stated that Zhirov knew two other people he had killed.

‘According to preliminary information, the gunman shot three people,’ the local official said, adding that the shooter also died.

State prosecutors were sent to the scene to open an investigation.

Krymsk is a small city in Russia’s southern Krasnodar region near the Crimean Peninsula, which Russia unilaterally annexed from Ukraine in 2014. The city is 1,200 kilometers (750 miles) south of Moscow.