Home » World News » Formula 1 betting: Max Verstappen is the favorite at +100 for the Spanish Grand Prix

Formula 1 betting: Max Verstappen is the favorite at +100 for the Spanish Grand Prix

Can Max Verstappen overtake Charles Leclerc in the Formula 1 points standings in Spain?

Verstappen is at +100 to win the Spanish Grand Prix (9 a.m. ET, ESPN2) on Sunday. Verstappen has three wins to Leclerc’s two so far in 2022 but Leclerc is 19 points ahead of Verstappen in the standings thanks to Verstappen’s two DNFs during Leclerc’s wins.

Verstappen is a deserved favorite for the win thanks to Red Bull’s straight-line speed. He used his car’s speed to pass Leclerc early in the Miami Grand Prix and should be fast down the long front straight and on the fast back portions of the Catalunya track this weekend.

But Ferrari has shown single-lap pace so far this season despite Red Bull’s race pace advantage and Leclerc is the favorite to win the pole at +110 just ahead of Verstappen at +120. Oddsmakers at BetMGM are very bullish on the possibility of a Leclerc-Verstappen front row as Leclerc’s Ferrari teammate Carlos Sainz is the third favorite for pole at +700 and Verstappen’s Red Bull teammate Sergio Perez is at +1200 to take the top spot. 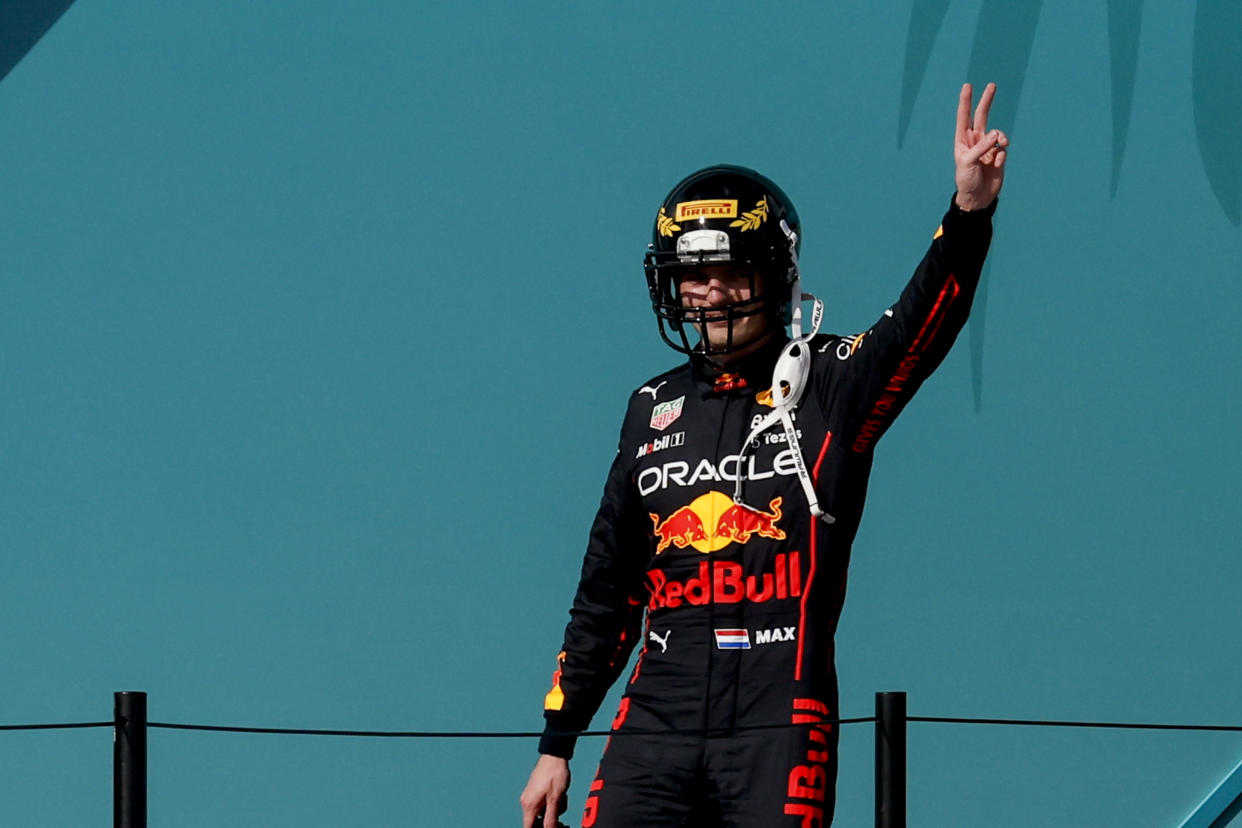 The Spanish Grand Prix is the first of four races in five weeks on the F1 calendar. F1 makes its annual trip to Monaco next weekend before a race in Azerbaijan on June 12 and the return of the Canadian Grand Prix on June 19. The stretch means that teams like Mercedes don’t have much off time to find more speed and must hope that they can catch up to Ferrari and Red Bull during race weekends.

Here are a few of the bets we like ahead of this weekend’s race.

Yeah, this is a very easy bet, but it’s incredibly hard to see how the difference between first and second is going to be over a quarter of a second.

With Verstappen at +120, we’re going to shorten our odds just a bit and take Perez too with the thought that Red Bull could edge out Ferrari on Saturday.

DRS and a fast car in a straight line should be plenty for Verstappen to get a tow and post the fastest lap of the race unless teams out of contention pit late for tires and a shot at the bonus point.

Leclerc has been putting up fast laps right away all season long and Ferrari’s single-lap pace should pay off again in FP1 with the top spot.

Lewis Hamilton to finish in the top three (+300)

This may be more of a bet with the heart than the head but Mercedes feels like it’s on the cusp of keeping up with Red Bull and Ferrari and this could be the weekend.