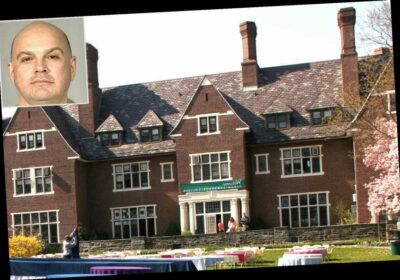 A New York woman initially believed to have fallen victim to the man alleged to be at the center of the Sarah Lawrence College sex cult scandal is now facing charges related to the case.

In February 2020, federal prosecutors indicted the man, Lawrence Ray, 61, and charged him with a slew of offenses, including extortion, sex trafficking and forced labor after he allegedly psychologically and emotionally manipulated his daughter's friends at the Yonkers, New York, college a decade earlier.

Now former Sarah Lawrence student Isabella Pollok, who according to her family was a victim of Ray's, is charged with one count each of extortion conspiracy, sex trafficking conspiracy, racketeering conspiracy, and money laundering, CNN and The New York Times report, citing an indictment unsealed Jan. 29.

According to the recent indictment against Pollock, she and Ray allegedly "attempted to gain the trust of the victims before psychologically manipulating and controlling them for the success and furtherance of the group's ideology and the financial gain of its members," CNN reports.

The initial 2020 indictment against Ray came a year after New York magazine published an explosive investigative article detailing how Ray moved into his daughter's dorm room at the college and allegedly used her friends to create his own sex cult.

According to the 22-page, Feb. 11, 2020, indictment, Ray allegedly isolated his victims from their families, extorted approximately $1 million from at least five of them, forced certain victims to perform unpaid labor and caused at least one victim to engage in commercial sex acts.

Prosecutors allege that Ray once tied one of his victims to a chair, covered her head with a plastic bag, and nearly suffocated her before making her give him more than $500,000 she'd earned in forced prostitution, The Journal News reports. Pollok, of Staten Island, was 19 when Ray began counseling her after a bad breakup before he allegedly began staying at times in her dorm room, according to the New York article.

After graduation, Pollok allegedly moved in with Ray and traveled with him, according to New York. She was reportedly in his apartment when he was arrested in 2020.

Now Pollok is charged as a co-defendant of the man her family says victimized her.

The indictment alleges that after Ray had Pollok "join the criminal scheme," she helped psychologically manipulate and control their victims by threatening them with violence and depriving them of food and sleep, the Times reports.

Pollock’s family says her actions were ‘under duress’

Upset at the charges, Pollok's family maintains that Ray preyed upon her at a young, impressionable age, "brainwashed" her and that she is his victim and not his co-conspirator, the Times reports.

"I don't care what they found," Jeffrey told the Times. "It is all under duress. She has been under his spell for 10 years."

In the New York magazine story, Pollok talked about how Ray helped her through a tough period of her life.

"I'm 19, I was having a lot of difficulty making sense of things, I wasn't in a good place," Pollok says in the story. "He started to help me kind of process and make sense of a lot of things I just couldn't make sense of."

Prosecutors say Ray's bizarre scheme began in late 2010 when he moved into his daughter's on-campus dorm room during her sophomore year. He began giving "therapy sessions" to his daughter's roommates to "help them with psychological problems," the 2020 indictment alleges.

When classes ended in the second semester of 2011, several of Ray's daughter's roommates allegedly moved into his one-bedroom apartment on New York City's Upper East Side.

During that summer, the roommates began to introduce Ray to some of their friends, who eventually began spending more time at the apartment and allegedly eventually became victims themselves, prosecutors allege.

"For so many of us and our children, college is supposed to be a time of self-discovery and newfound independence, a chance to explore and learn all within the safety of a college community," Geoffrey S. Berman, the United States attorney in Manhattan, said at a news conference in Feb. 2020.

Ray "exploited that vulnerable time in these victims' lives through a course of conduct that shocks the conscience," Berman alleged.

Both Ray and Pollok have pleaded not guilty.

Pollok's attorney, Peter Skinner, told PEOPLE in an email, "We have no comment at this time."

Ray's attorney did not immediately respond to PEOPLE's request for comment.