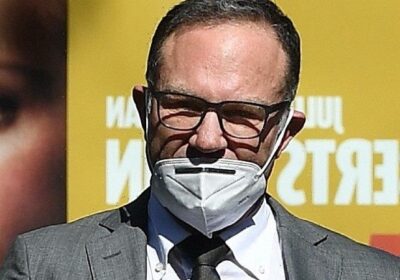 Domestic violence charges against Michael Slater have been dismissed by a Sydney court amid revelations the former test cricketer was detained by police and ambulance officers again on Tuesday night.

Slater was charged in October last year with stalking and intimidating his partner and using a carriage service to menace, harass or offend her. In December, following a barrage of text messages and a “relapse” into alcoholism, he was charged with breaching the AVO put in place in October. He was granted bail under the condition that he attend a hospital mental health unit for a minimum of three weeks. 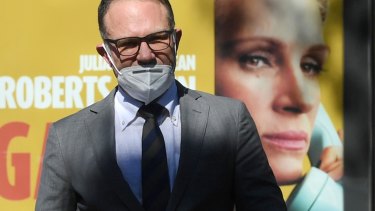 At a hearing last week in which Slater applied to have the charges dealt with under mental health legislation, the court was told he spent a total of 108 days at the mental health unit.

On Wednesday, it was revealed in court that Slater would not be attending to hear the judgment on his application because he was back in Northern Beaches Hospital following a fresh incident on Tuesday night.

Details of the incident were not aired, but police prosecutor Sergeant Lachlan Kirby said Slater “was detained by police and ambulance last night and taken to a medical health facility”.

Magistrate Ross Hudson said there appeared to have been “somewhat of an unravelling in terms of the health of the applicant”.

He noted that Slater had a history of mental illness but no prior history of offending. He also said Slater had completed a period of “effectively a form of quasi-custody” in rehab, during which time he had “effectively [eradicated] alcohol”.

At last week’s hearing, Kirby told the court Slater’s offending “was ongoing … it was controlling, it had considerable harm over the victim”.

Hudson said Slater’s December AVO breach, in which he used a WhatsApp account displaying his initials to send his ex-partner 66 messages, “appears in many ways to be a cry for help”.

He said the matters alleged were “not too serious” to be dealt with under mental health legislation.

“I am of the view that it’s better to treat the cause rather than the consequences,” Hudson said.