TLAHUELILPAN, Mexico (Reuters) – A blast at a gasoline pipeline in Mexico that killed at least 79 people has put renewed attention on the government’s strategy to stop fuel theft, with some relatives saying fuel shortages stemming from the plan led victims to risk their lives. 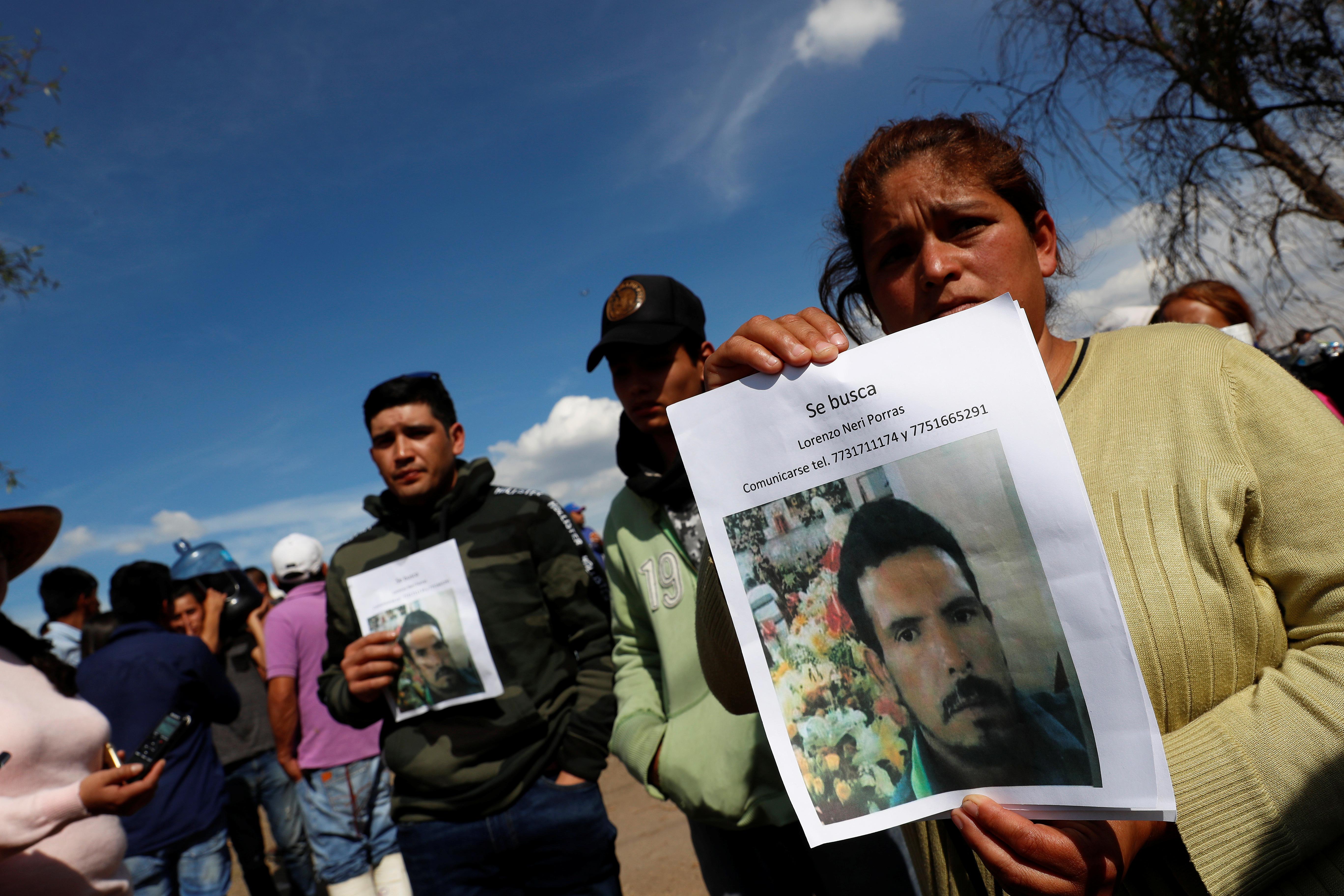 Fuel thieves punctured the Tula-Tuxpan pipeline a few miles from one of Mexico’s main refineries on Friday. Up to 800 people flocked to fill plastic containers from the 7-meter (23-ft) gasoline geyser that ensued, officials say. A couple of hours later, it erupted in flames in a powerful explosion.

Half a dozen people interviewed by Reuters on Saturday said their relatives went to the leaking duct in Tlahuelilpan district in Hidalgo state because they struggled to find fuel elsewhere and were desperate to fill up cars to get to work or run their farms.

“A lot of innocent people came here, perhaps their car didn’t have enough gasoline for tomorrow, and they said I’m just going to go for a few liters,” said farmer Isidoro Velasco, 51, who was waiting for news of his nephew Mario Hidalgo, who he believed was likely killed. Hidalgo would have turned 34 on Saturday.

Late last month, President Andres Manuel Lopez Obrador launched a program to shut down an illegal fuel distribution network that siphons off about $3 billion worth of fuel annually from state oil firm Pemex.

The plan, which called for shutting pipelines targeted by thieves, led to widespread gasoline shortages in central Mexico this month, including in Hidalgo, north of Mexico City.

Lopez Obrador said on Sunday that the disaster had not weakened his resolve to fight fuel theft.

“I won’t take a single step backwards,” he told a press conference. “I can only offer people apologies, if this action causes sacrifices, harm and inconveniences. But we have to do it.”

He said he hoped supply would normalize next week, as Mexico buys more tanker trucks for distribution by road.

Most gas stations in Tlahuelilpan were operating normally on Sunday, after being closed on Saturday.

Polls show the measures have until now enjoyed fairly broad public support, despite the difficulties and long lines at gas stations.

The tragedy in Tlahuelilpan, however, has brought renewed scrutiny of the strategy. Lopez Obrador has repeatedly been asked why soldiers deployed to guard the duct did not chase people away from the leak, and how quickly the pipeline was shut down after Pemex detected the rupture.

Pemex closed a valve at the pipeline after noting a drop in pressure from the leak, Pemex Chief Executive Officer Octavio Romero said at a press conference on Saturday. Pemex was aware of the leak at 1650 local time, but did not say at what time the valve was shut, he added.

Fuel spurted from the pipeline for around two hours after Pemex alerted other authorities to the leak, with no visible loss of pressure, before the explosion.

Lopez Obrador said prosecutors will investigate, but that even if the valve were closed immediately there still would have been 10,000 barrels of high octane gasoline in the section of pipeline between the Tula refinery and the village.

The defense ministry and Lopez Obrador said the army, which had just 25 soldiers present, did not want to hold back the crowd.

Critics say authorities should have called for reinforcements and been firmer in sealing the area.

“Part of the blame goes to the people (at the ruptured pipeline) but the bigger blame lies with authorities who let them go there knowing it was dangerous,” said Velasco, the farmer.

Lopez Obrador said the soldiers told villagers not to get close, but that they were ignored. 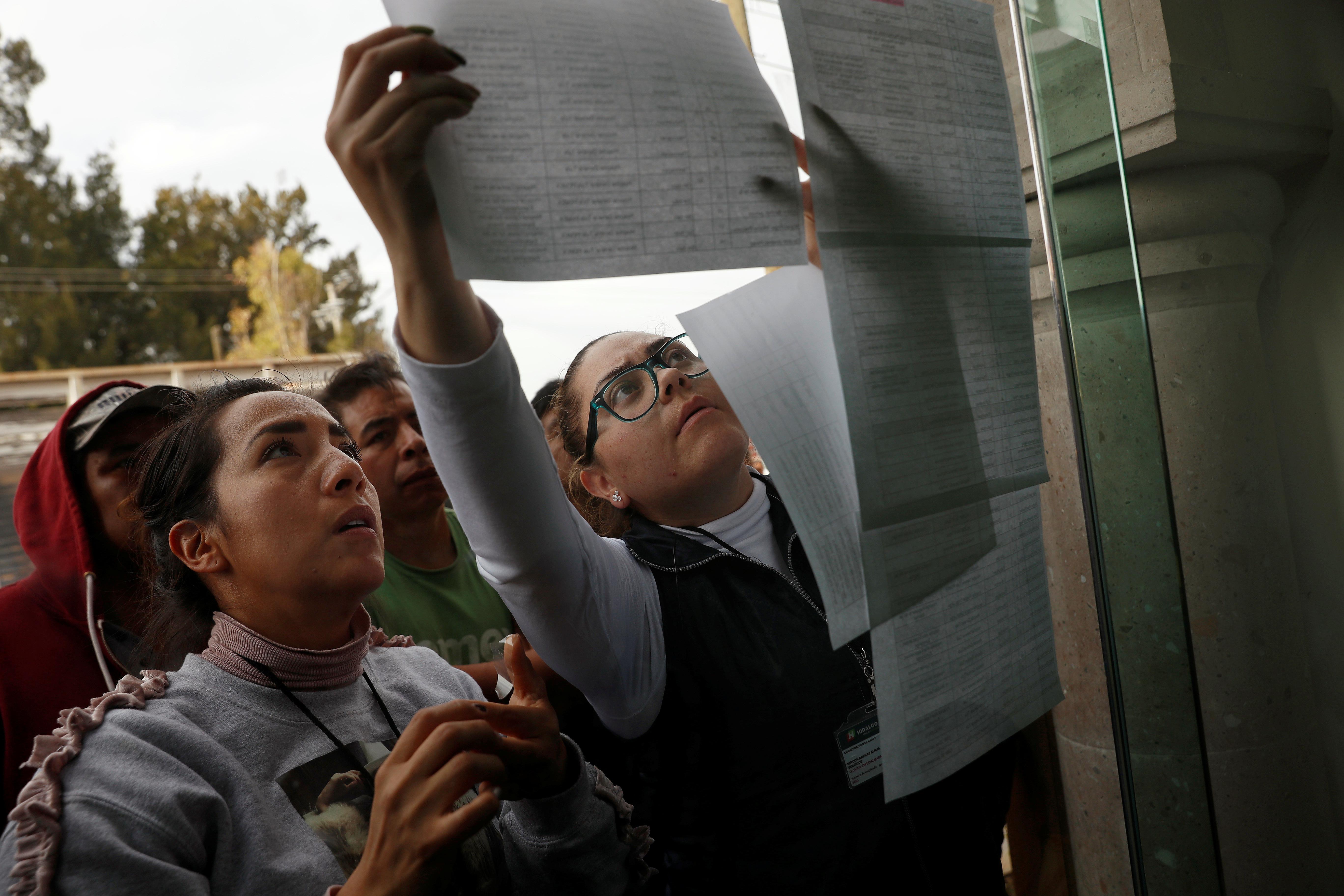 The Tula-Tuxpan pipeline delivers fuel to other central states, raising the possibility that its closure for repairs after the explosion could worsen fuel supply problems, including in car hub Guanajuato.

Romero said the pipeline had been out of service since late December while the government tried to secure it from gangs who had hit it 10 times in Tlahuelilpan. Since the pipeline was reopened on Jan. 16, he said, it has been hit four times.