A Florida woman irked by her local school district rezoning was arrested for allegedly threatening to shoot up the elementary school her children were being moved to, according to a report.

Miranda Perez, 28, is accused of making the threatening remarks aimed at Barton Elementary School in Lake Worth Beach, Fl., during a Facebook video chat with a friend about 8 a.m. Sunday, according to WPTV.

“I’m thinking of doing a school shooting at Barton,” Perez wrote on a Facebook message after the video chat, according to the Palm Beach County Sheriff’s Office. 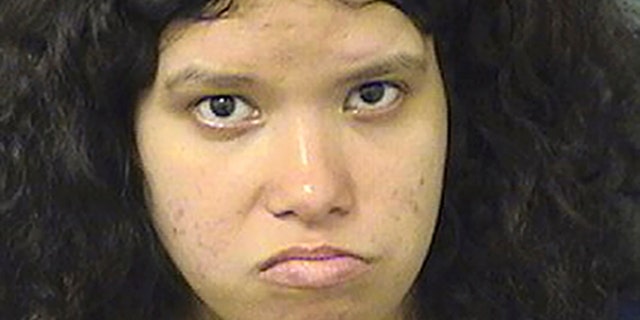 Miranda Perez is accused of threatening to carry out a shooting at an elementary school because her children were being moved there.  (Palm Beach County Sheriff’s Office via AP)

Her comments were reported to the authorities, though it’s unclear who reported her.

Perez confessed to sending the messages when interviewed by detectives, but she insisted they were empty threats, according to the report.

During the original video chat, Perez also bizarrely said she planned to send a Facebook friend request to Zachary Cruz “because she likes ‘violent things,” according to the arrest report.