'Fit' rugby player, 31, 'never had any health problems' before he collapsed and died on pitch, devastated family say 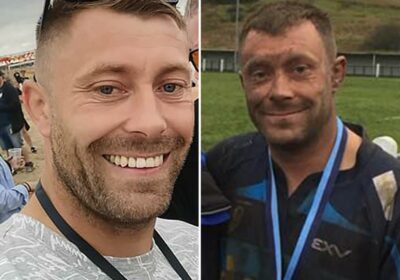 A "FIT and healthy" rugby player who collapsed and died on the pitch "never had any health problems" his heartbroken family have said.

Father-of-one Alex Evans tragically passed away during a memorial game for his beloved team Cwmllynfell on August 21. 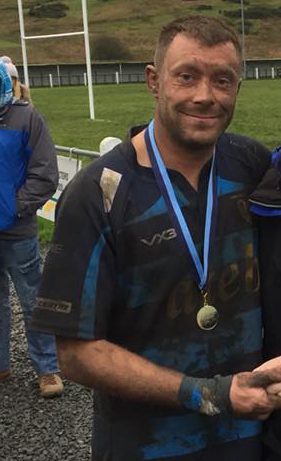 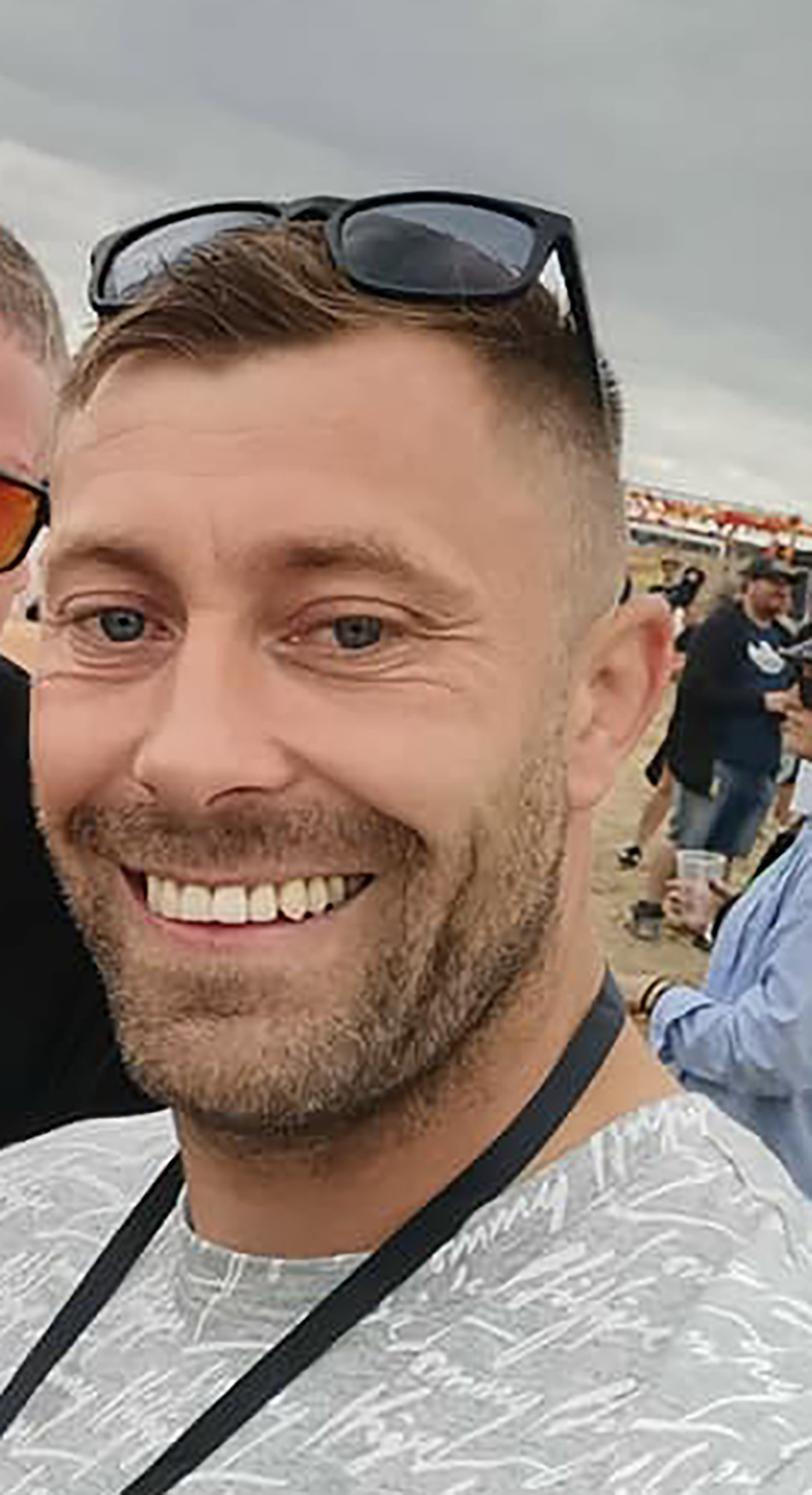 He went into cardiac arrest at their home ground, Parc y Bryn in Neath Port Talbot, while playing against Crynant in the memory of a club stalwart who died earlier this year.

In a cruel twist of fate, the "adorable" 31-year-old died at the tribute match despite medics best efforts to save him, sending shockwaves through the tight-knit community.

He leaves behind his partner, Ceri Ann Roberts, and his 13-year-old daughter, Ruby, from a previous relationship.

Alex's devastated loved ones have now told how the plasterer, from Ystradgynlais in South Wales, only began playing rugby just four years ago.

He took up physically demanding sport to help save his local village club from going under.

But in an impressively short time, Alex established himself as one of his side’s stars, playing as flanker in the number seven jersey.

The sportsman's relatives have now been left with many unanswered questions as they come to terms with the "huge loss to the family."

Eleri Davies, who is the partner of Alex's sister Jessica Evans, exclusively told The Sun Online from the family home: "Alex was the life and soul of this family and we cannot believe he has gone.

"His death has touched the whole community because there was so much love for him around here.

"And he was one of those rare people who, when he walked into a room, you knew he was there because he had this strong aura around him. He’d smile and that smile would light up any room.

"He had this incredible positive energy and everyone who ever met him instantly felt better. He was an adorable person.

"His death has had a massive impact on a lot of people."

He was one of those rare people who, when he walked into a room, you knew he was there because he had this strong aura around him.

She explained how the family have been numbed by Alex's unexpected passing because as far as they were aware, he’d never had any health problems and was "fit and healthy".

Eleri, 29, said the young dad had always loved watching rugby, but never played until he decided to step up to the plate in order to save his local club, Cwmllynfell RFC, four years ago.

She continued: "He’s a local boy and to see the local rugby team go under in a proud community like this would’ve been unsinkable for someone like Alex.

"So he got himself fit and trained and put that jersey on to play for his local team.

"He always gave it 100% when he got on the pitch and used to say how he was doing it for the badge.

"On Saturday last weekend, he ran out onto the pitch as usual. We don’t yet really know what happened. That’s for the coroner now.

"He became a very good player and earned the respect of everybody who saw him play."

Alex's anguished teammates remembered his "cheeky smile" and said he "would do anything for anyone".

Messages of sympathy have poured in from numerous clubs, as well as by the Welsh Rugby Union and World Rugby on social media.

The team doctor said he 'was gone' before they started cardiac resuscitation.

The 29-year-old needed 13 minutes of intense medical treatment – including CPR and defibrillator shocks – but was thankfully stretchered off the pitch awake soon after.

He was later fitted with an implantable cardioverter-defibrillator and continues his recovery – but the incident highlighted the necessity of life-saving equipment in all sports arenas.

Some heart conditions are underlying and unfortunately, the sufferer may not know until they suffer a cardiac arrest. 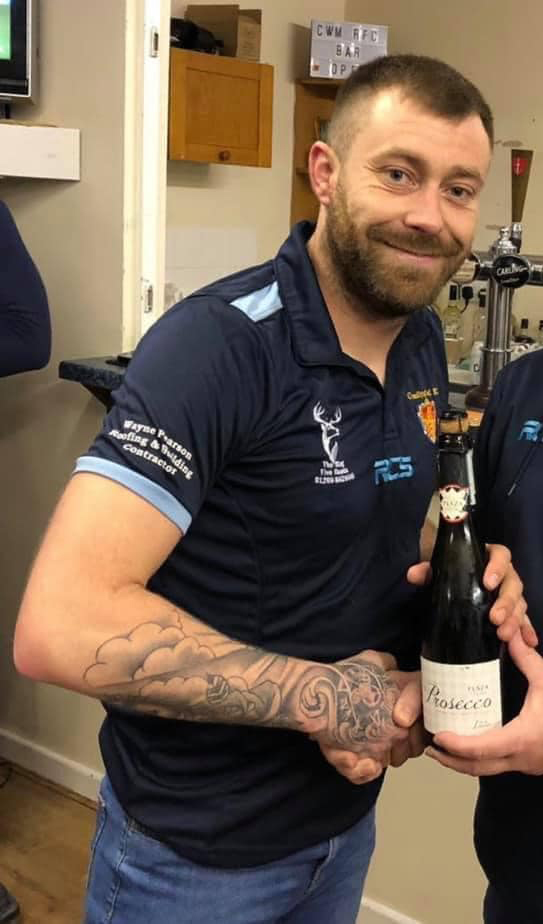 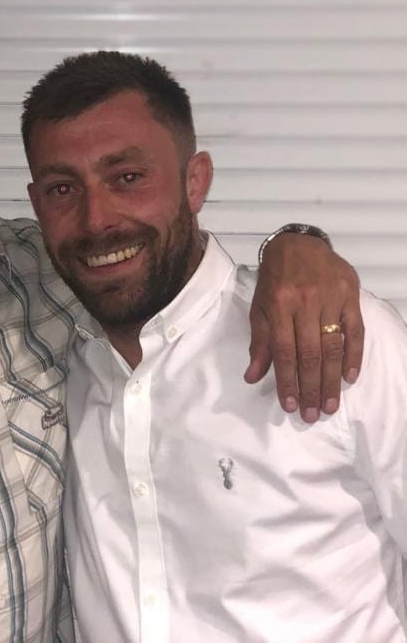