Fistfight breaks out moments after flight lands in Austin 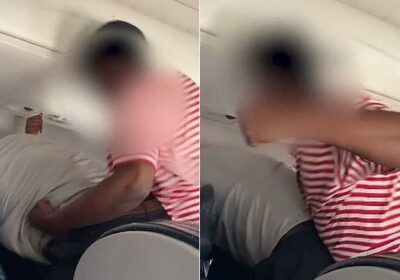 This is the moment a fight broke out between passengers apparently over a stuck seat just moments after an American Airlines flight landed in Austin, Texas, on Sunday.

The video shows three men get into the melee almost immediately after the flight from New Orleans touched down, as other passengers and crew tried desperately to stop the brawl.

A man in a beige shirt starts the fight by throwing a punch at a man in a white shirt in the row behind him, the video shows.

Another man in a red-striped shirt comes to his aisle-mate’s defense and the two of them proceed to pummel the apparent instigator as they fall on top of passengers.

‘Do not hit me!’ one woman is heard yelling in the clip obtained by KXAN. 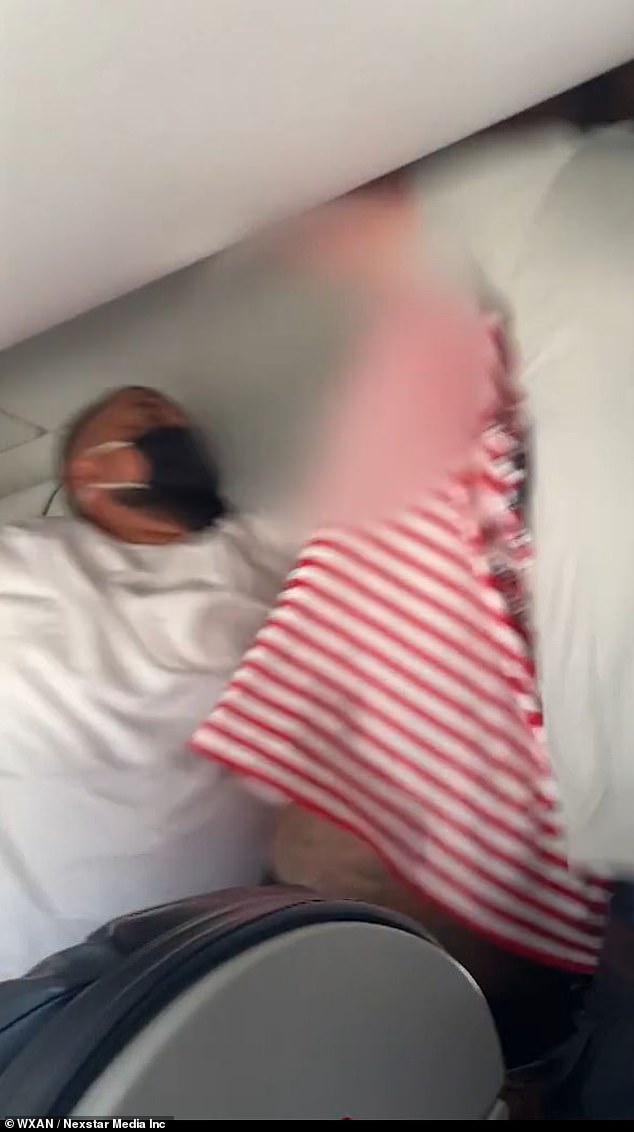 A fight broke out after an American Airlines flight landed in Austin from New Orleans. At least three men threw punches at each other over a seat that was stuck

After the brawl appeared to be over, the man in the red-striped shirt again charged the man in the beige shirt before they were once again separated.

While another passenger pleaded for the men to get off him.

A woman in a black top intervened and tried to separate the feuding fliers, as somebody frantically yelled at the men to end the fight.

American released a statement confirming that law enforcement had been requested ‘due to an altercation between passengers.’

Two men were removed from the airplane and detained by Austin Police after the flight arrived around 4.30pm at Austin-Bergstrom International Airport. It is unclear if any arrests were made.

A passenger said that the fight began ‘over a seat that couldn’t unrecline.’  Another witnesses said the men argued throughout the hour-and-a-half flight over a seat that was put in the recline position.

‘When the plane finally landed in Austin and the seatbelt sign was turned off, both men jumped up and physically started fighting each other,’ a passenger told CBS.