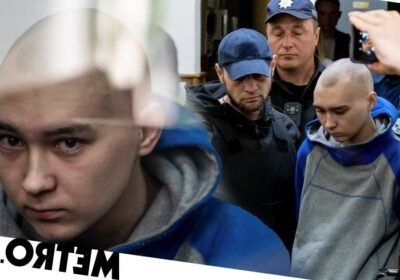 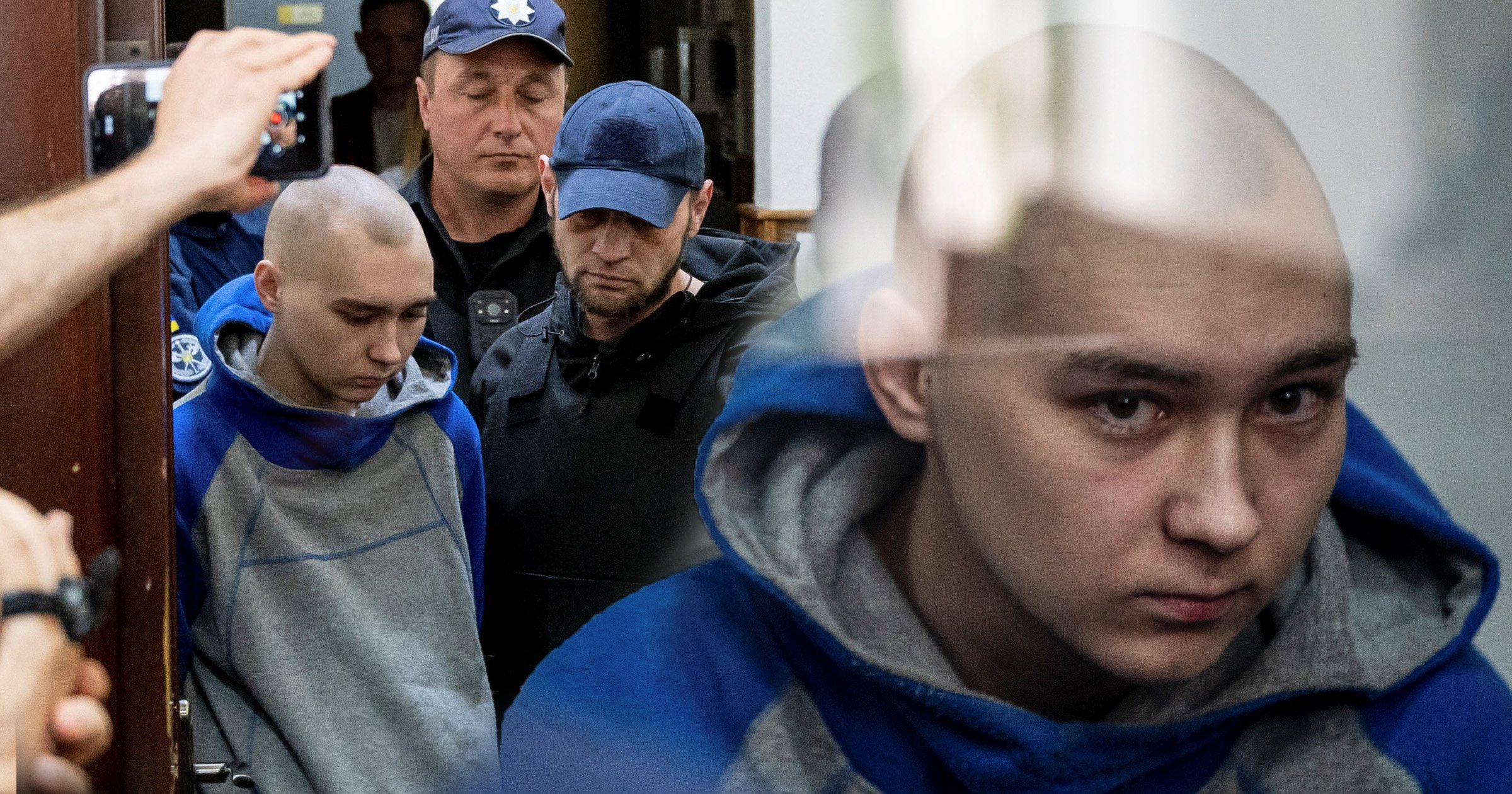 This 21-year-old Russian soldier is the first to go on trial for war crimes in Kyiv, accused of shooting an unarmed 62-year-old man in the head.

Sergeant Vadim Shyshimarin is alleged to have shot the Ukrainian civilian with a Kalashnikov through an open car window.

He was fleeing with four other soldiers in a stolen car in the northeastern village of Chupakhivka on February 28, just days after the start of Vladimir Putin’s invasion.

The man was pushing a bicycle by the side of the road when he was shot in the head and ‘died on the spot a few dozen metres from his home’, the Ukrainian prosecutor general said.

They said the captured tank unit member was ordered by a superior ‘to kill a civilian so he would not report them to Ukrainian defenders.’

If found guilty, Shyshimarin faces life in prison under a section of the Ukrainian criminal code addressing the laws and customs of war.

Today’s hearing, in which Shyshimarin was sat in a glassed-off area wearing a blue and grey hoodie, sweatpants and a shaved head, was brief.

A judge asked him to provide his name, address, marital status and other identifying details.

He also was asked whether he understood his rights, quietly replying ‘yes,’ and if wanted a jury trial, which he declined.

The judges and lawyers discussed procedural matters before the judges left the courtroom and then returned to say the case would continue on May 18.