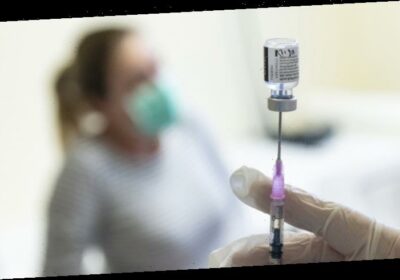 The state’s first COVID-19 vaccination sites have been revealed, showing health authorities will run 11 vaccine hubs concentrated at the largest hospitals across NSW.

The announcement comes as Queensland confirmed it would open its borders to all of NSW from February 1, in a move welcomed by NSW Premier Gladys Berejiklian as “the best outcome”.

NSW Health on Thursday said it expected limited doses of the Pfizer vaccination in the first few months of the rollout, which will see ambulance and patient transport staff, emergency department staff and critical care ward staff among the first eligible for the jab.

If vaccine supply increases during Phase 1a, additional vaccination hubs and outreach clinics may be mobilised, NSW Health said.

“Once more vaccine doses become available from Phase 1b, it is expected that one or more COVID-19 vaccines will be available for the wider population through usual immunisation providers, including GP practices, GP respiratory clinics and Aboriginal health services,” NSW Health said.

Australia is also waiting for the Therapeutic Goods Administration to approve the Oxford/AstraZeneca vaccine, which is expected to be available from late March.

NSW Health will establish a new COVID-19 Safety Expert Panel of immunisation and other clinical specialists, to review potential adverse events following immunisation, and an inquiry under the Public Health Act 2010.

NSW recorded its eleventh consecutive day of zero community transmission on Thursday, with three cases in returned overseas travellers, ahead of mask and indoor gathering restrictions easing on Friday.

From 12.01am on Friday, up to 30 visitors can gather in households in NSW, with 50 people outdoors, while masks will no longer be compulsory in retail shopping venues.

Ms Berejiklian on Thursday defended the decision to remove the mask mandate in retail settings, while maintaining the rule for hospitality workers, and those on public transport and in places of worship.

“You’re in and out [of retail] and the risk of community transmission is extremely low. At this stage we are reverting it to strongly recommended. I think it’s not complicated and I think the public understand the difference,” she told ABC radio.

Ms Berejiklian added that she felt positive about easing restrictions for hospitality venues to the one person per two square metre rule in two weeks, with the coming rollout of the vaccine likely to allow even greater relaxation of restrictions.

“I’m confident once a certain proportion of the population has access to the vaccine we can look at further easing… but it will be a journey which will be a logistical exercise and quite complex.“

As state borders prepare to reopen to more than 5 million Sydneysiders next week, airlines are rushing to add more flights into Queensland.

Premier Annastacia Palaszczuk said the decision to open the border was made with confidence there had been no unlinked cases of COVID-19 in NSW in the past 28 days.

South Australia also announced relaxations to their border restrictions, which currently subjects people from Greater Sydney to quarantine. From 12.01am Sunday, January 31, the state will allow travellers from the region to leave quarantine, but they will still need to complete a testing regime on days one, five and 12.

Victoria will now only require people from Greater Sydney, the Blue Mountains and Wollongong to undertake a COVID-19 test within 72 hours of arriving and self-quarantine until they receive a negative result.

All other NSW residents can enter Victoria without quarantining, except for residents of the Cumberland local government area who must obtain a special exemption to enter.

Meanwhile Australia has extended its suspension of the travel bubble with New Zealand for a further 72 hours, until Sunday afternoon, after two more community cases linked were reported.

Twelve people who had been quarantined in Auckland’s Pullman Hotel, the centre of the New Zealand outbreak, have since arrived in Australia and are being spoken to by authorities. Seven of the travellers have returned to NSW.

Health authorities have repeated their pleas for increased testing, with just 7809 tests processed during the latest reporting period, a dip on the 9723 tests recorded the previous day.

“The virus may still be circulating in the community. We previously have seen runs of no local cases only to see them re-emerge after several days,” NSW Health said.