FIFA announced the 36 referees who will be officiating the upcoming men’s World Cup on Thursday, and several of the names represent an important first for world soccer.

For the first time, three women have been chosen to be part of the officiating pool at the 2022 World Cup, which starts on Nov. 21 in Qatar. Those barrier-breaking women are Stephanie Frappart of France, Salima Mukansanga of Rwanda, and Yoshimi Yamashita of Japan.

The first three female referees to be selected for a men’s FIFA World Cup 👏 pic.twitter.com/tnCS3zImSd

According to The New York Times, Frappart is the headliner of the three female referees. She has a “stellar reputation” and has already accomplished a number of refereeing firsts. She was the first woman to referee men in the Champions League and World Cup qualifiers, and recently officiated the final of the French Cup.

In addition, three more women will be participating as assistant referees. Karen Diaz Medina of Mexico, Neuza Back from Brazil and Kathryn Nesbitt, an American who routinely referees Major League Soccer matches, will also be heading to Qatar. Nesbitt revealed in a February 2021 interview with FIFA.com that up until two weeks before she officiated at the Women’s World Cup in 2019, she had been a chemistry professor and researcher at Towson University in Maryland.

Kathryn Nesbitt today became one of six female officials to make history, being appointed to the #WorldCup. For the first time. Ever.

Quite a journey for a “kid who started as a summer job” who up to two weeks before the 2019 @FIFAWWC, was a professor of chemistry.

“This concludes a long process that began several years ago with the deployment of female referees at FIFA men’s junior and senior tournaments,” Pierluigi Collina, the chairman of the FIFA referees committee, said to The New York Times. “In this way, we clearly emphasize that it is quality that counts for us and not gender.”

Collina also said that he hopes in the future, women refereeing men’s soccer games will be “normal” instead of “sensational.”

Since the referees have to do as much running around as the players in order to keep up with the game, all officials will participate in a rigorous pre-World Cup training program. Massimo Busacca, FIFA’s director of refereeing, told the Times that each referee will receive an individualized training program they need to follow in the lead-up to the kickoff in November.

“Each match official will be carefully monitored in the next months with a final assessment on technical, physical and medical aspects to be made shortly before the World Cup,” Busacca said. 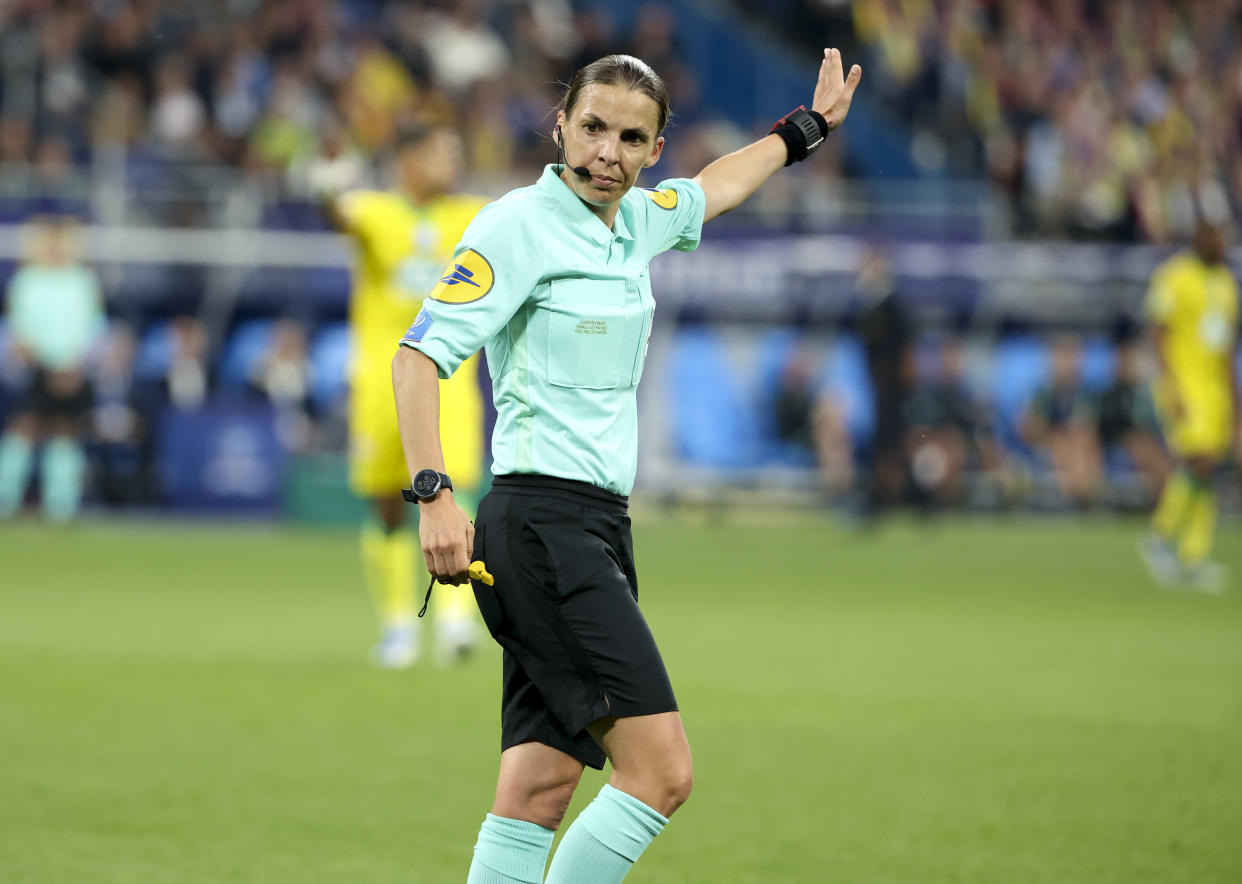