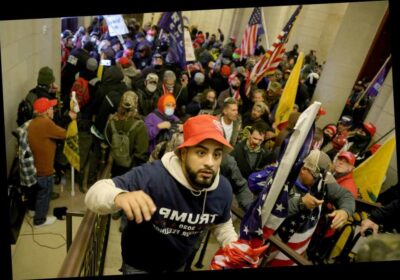 The FBI is seeking the public’s help identifying the rioters who barged into the Capitol building on Wednesday.

The federal agency said in a statement that it is looking for footage from the chaos that left a trail of destruction and sent lawmakers into lockdown.

“If you have witnessed unlawful violent actions, we urge you to submit any information, photos, or videos that could be relevant at fbi.gov/USCapitol,” the FBI said.

As of late Wednesday, 52 people were arrested in connection to the riots, according to Metropolitan DC Police Chief Robert Contee.

Much of the destruction was captured on camera, including acts of vandalism and theft, and has since been published by media outlets.