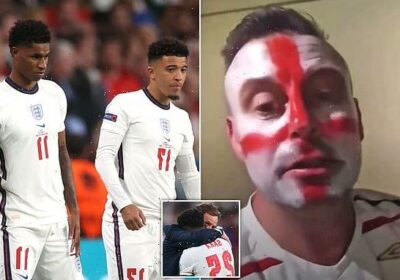 A father-of-three who posted an ‘abhorrent’ video on Facebook racially abusing three England players after the Euro 2020 final has been spared jail.

Plasterer Bradford Pretty, 50, embarked on a drunken tirade against Marcus Rashford, Jadon Sancho and Bukayo Saka after the loss on penalties to Italy in July.

The clip – which includes him using two racist terms to describe the three young men – was uploaded to Prety’s Facebook page.

He today appeared at Folkestone Magistrates’ Court where he admitted sending a message that was grossly offensive or of an indecent, obscene or menacing character.

He was sentenced to 50 days in prison, suspended for 12 months, and ordered to complete 200 hours of unpaid work. 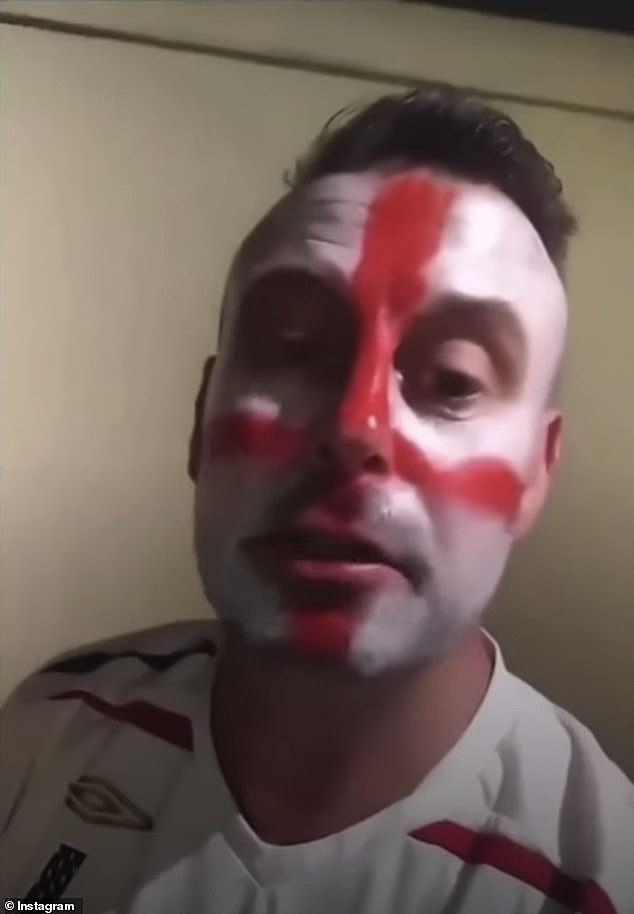 Bradford Pretty, 50, has been given a suspended prison sentence after posting an ‘abhorrent’ video on Facebook racially abusing three England players after the Euro 2020 final

‘In relation to the matter there were people who commented on the video, people who were upset about the word he put in there.’

‘Proper deflated, big proud of the boys, big proud, but anyone and everyone that knows me well will understand what I am talking about.’

He uses two racist terms as goes on to refer to Rashford, Sancho and Saka – who all missed penalties in England’s defeat to Italy in the final on July 11.

His defence solicitor Richard Graham called the video was ‘abhorrent’, but described Pretty’s actions as a ‘moment of drunken madness’.

He said Pretty had drank ’15 or 16′ cans of lager on the day of the final and was ‘clearly heavily intoxicated’ in the video.

Mr Graham asked that his client be given credit for his early guilty plea.

Chairman of the bench Chris Mackenny told Pretty that his offending ‘clearly passes the custody threshold’ but suspended the sentence of 50 days in prison for 12 months. 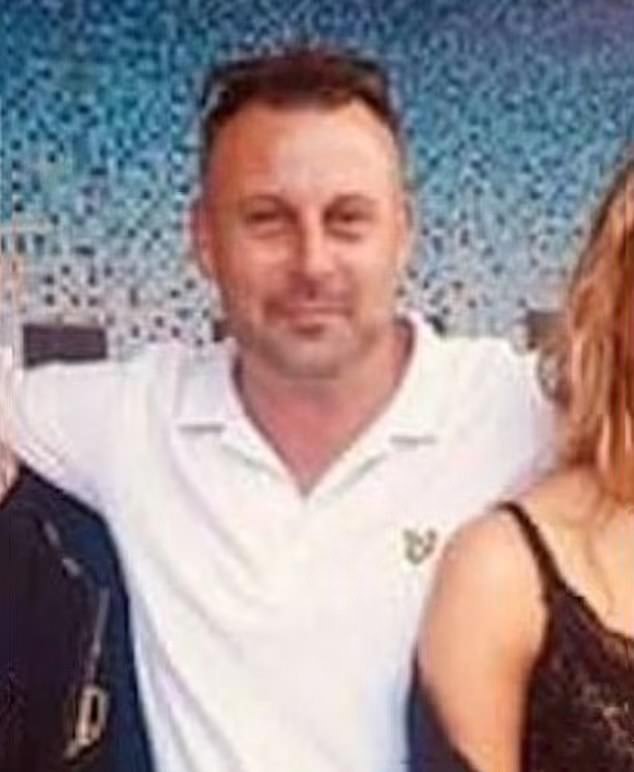 Bradford Pretty in a social media picture taken a few years ago. He was today ordered to complete 200 hours of unpaid work after admitting to sending a message that was grossly offensive or of an indecent, obscene or menacing character

Pretty, of Folkestone in Kent, was told to complete 200 hours of unpaid work and must also pay prosecution costs and a court surcharge totalling £213.

After Pretty’s sentencing, Elizabeth Jenkins, Deputy Chief Crown Prosecutor and Hate Crime in football lead of the CPS, said: ‘There is no room in the game, nor elsewhere, for racism.

‘Where there is sufficient evidence and it is in the public interest, we will prosecute such cases and seek an increased sentence on conviction.

‘Hate crimes such as these have a massive impact on players and their mental health.

‘The CPS takes this kind of offending very seriously and this case shows that where offensive content is reported to the police, we can successfully bring offenders to justice.’

Mark Tavender, Senior Crown Prosecutor of the CPS, said: ‘The video uploaded to Facebook by Bradford Pretty was entirely unacceptable and included racist language that will never be tolerated in our society.

‘After Kent Police reported the case to the CPS, we made the decision to charge Pretty with sending an obscene message via a social network. Pretty then entered a guilty plea in which he accepted the charge.

‘The CPS is committed to tackling Hate Crime wherever it appears in society and will never hesitate to prosecute crimes of this nature whenever our legal test is met.’