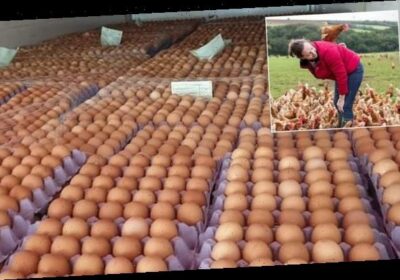 A leading producer has begun giving away thousands of eggs today as poultry farmers across Britain warned they are cracking under the pressure of Covid.

Egg sales have ‘fallen off a cliff’ after the closure of restaurants and the schools shutdown in the latest national lockdown.

With producers faced with having to throw away perfectly edible eggs as demand declines, one farm in Cornwall, St Ewe, has begun donating thousands of cartons to food banks for needy people to help themselves.

For each tray sold at a current reduced price, the farm is donating one carton of free-range eggs to food banks across Cornwall.

St Ewe says it is trying to help ease the ‘growing food poverty issue exacerbated by the relentless Covid-19 pandemic’.

CEO Bex Tonks said ‘Just like many small businesses, we have seen over half of our trade drop off due to the pandemic, with half of our customers being in the hospitality and food service sector. 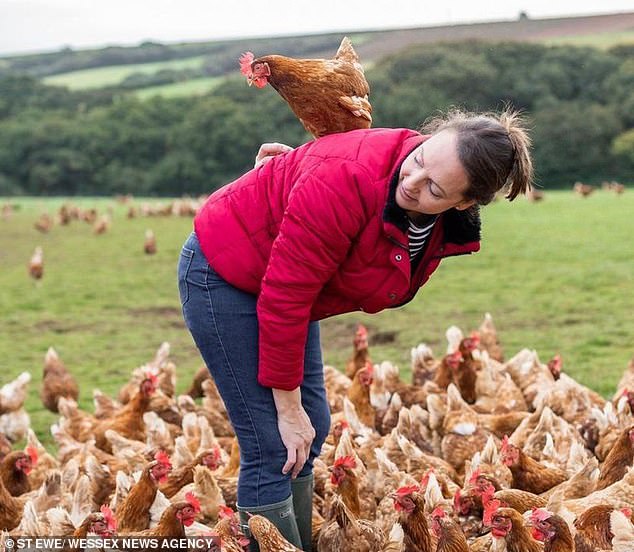 ‘Unfortunately, you can’t furlough a hen and our girls keep producing nutritious eggs, with no home to go to.

‘As we are all getting used to the lockdown way of life, it feels that the poultry farming industry has been hit particularly hard by this most recent one.

‘Timing is everything, and the lead up to Christmas which had its usual buzz was followed by the plummet that falls in between Christmas and New Year – this year it has been faster and harder than ever.

‘Combined with the third lockdown, uncertainty of Brexit and an increase in poultry feed prices, this cruel timing has left many poultry businesses in a dismal position.’

The farm has also recruited chefs such as Guy Owen of the St Enodoc Hotel in Rock and the Rick Stein Group to volunteer to sell eggs in their local communities.

CHAOS has been given around 20,000 of the eggs to distribute via its community larders and the team are keen to encourage key workers to take advantage of the scheme.

CHAOS managing director Babs Rounsevell said ‘We are incredibly grateful to St Ewe Eggs for their generosity which will help hundreds of people across Cornwall. 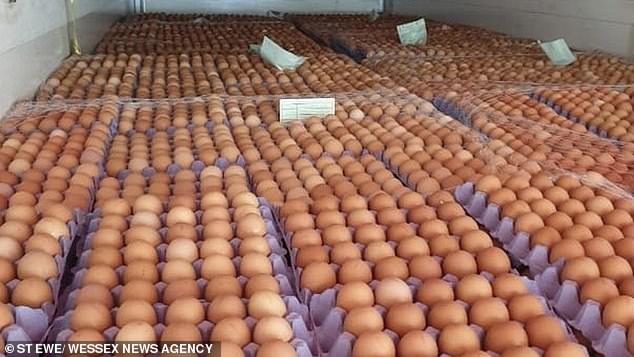 The farm, based in Cornwall, is home to 180,000 hens who ‘can’t be furloughed’ as owner Bex Tonks pointed out leading to a large surplus in the number of eggs they have to try and sell

‘We know just how hard critical workers are working to protect all of us at this time and we would particularly like to invite them to come and collect some of these eggs.

Another producer, Ben Jackson, who runs Fluffets free range farm in Fordingbridge, had been supplying eggs to 350 Hampshire schools, but orders stopped with the advent of lockdown.

He said it’s led to a dramatic fall in the number of eggs ordered following the closure of schools to all but key worker children.

The crisis has been made worse by the closure of pubs, hotels and restaurants and he says the drop in sales is being felt by farmers across the UK.

‘If we can’t find a home for the eggs the worst-case scenario is that we may have to look to get rid of some of our chickens, but that’s what we’re trying to avoid’ he warned.

‘If you can’t sell the eggs you can’t still keep feeding the chickens and therefore something has to give.

‘Other chicken farmers are in the same situation. They are talking about potentially having to cull birds in the next week or so. 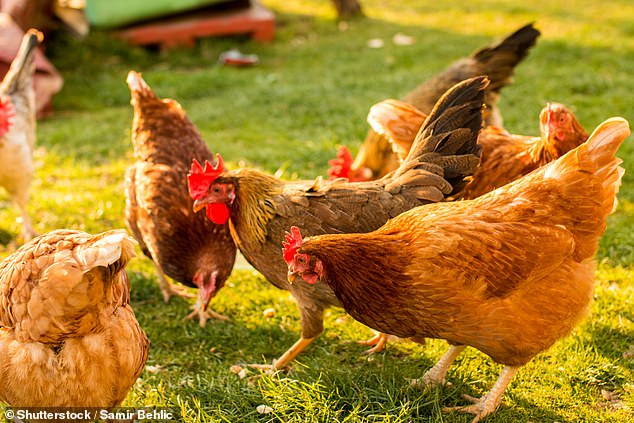 ‘It’s not a decision that anyone wants to make. We just want to get through this dark time – we’re just taking it a day at time.’

It’s estimated there are nearly 30 million egg-laying chickens in the UK, and another 16 million ‘broilers’ bred for selling as food.

Ben said ‘It has been very difficult for us. Normally we would have had huge demand during the run-up to Christmas and after from the hospitality trade, including the Pig hotels and Limewood, but none of that happened.

‘We were hoping that the school trade would be enough to keep us going but then they got closed down. It was a huge blow. We literally had a van full of eggs ready to go to schools when the news came through.’

In desperation, his wife Vey turned to social media explaining the farm’s problem and asking it anyone would be willing to buy trays of 60 eggs.

Ben said the plea cracked it.

‘The response was absolutely amazing. Word spread and we had orders coming in from people all over, along with calls from stores offering to stock our eggs.

‘We are so hugely grateful. Our fear was that if we could not sell our eggs, how were we going to keep our flocks going?

‘We have around 13,000 free-range chickens laying about 12,000 eggs a day. If you are not selling their eggs one of your only options is to reduce your flock.

‘It was something we certainly did not want to do, but we know there are bigger egg producers than us who have been forced to do that.’

He is now appealing for more people to buy the medium-sized eggs that Fluffetts hens produce because they last longer than the large ones sold in supermarkets.

‘The only difference between a large egg and a medium egg is that the large one has a bigger white, there is no difference in the size of the yolk.

‘A medium egg weighs only about two to three grams less than a large one but the shell is not so porous, so it lasts longer.

‘I’d really appeal to people to support their independent egg producers by buying medium eggs from them. It will really help keep their business going.’