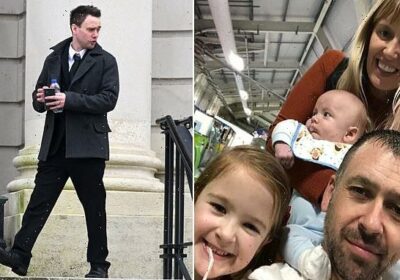 Factory worker, 33, avoids jail after causing death of colleague when ‘playful banter’ ended in fatal crash as sobbing widow tells court ‘our children didn’t just lose their father that day, they lost their mother as well’

A factory worker today avoided jail after causing the death of his colleague as they had ‘playful banter’.

Gareth Robbins, 33, was handed an 18-week prison sentence, suspended for 12 months after admitting to causing death by careless driving.

His workmate Paul Heenan, 40, suffered ‘catastrophic injuries’ in April 2020 when he was knocked over while cycling home as Robbins pulled up alongside him in his car.

The pair were both travelling on a road in Ebbw Vale, Wales and had been joking about Mr Heenan using a bicycle to get fit while gyms were closed in lockdown.

But as Robbins said goodbye and went to overtake the father-of-two, contact was made between the handlebars of Mr Heenan’s bike and Robbins’ Peugeot 208, a court heard.

Mr Heenan, who was not wearing a helmet, lost his balance and suffered a severe brain injury. He died in hospital the following day.

His widow Rebecca this afternoon broke down in tears as she gave an emotional statement in court.

She said: ‘Our children didn’t just lose their father that day, they lost their mother as well.

‘Their fun-loving mother is no longer and never will be again… I never wake from this nightmare, I live it every day and I grieve every day. My future without him terrifies me.’ 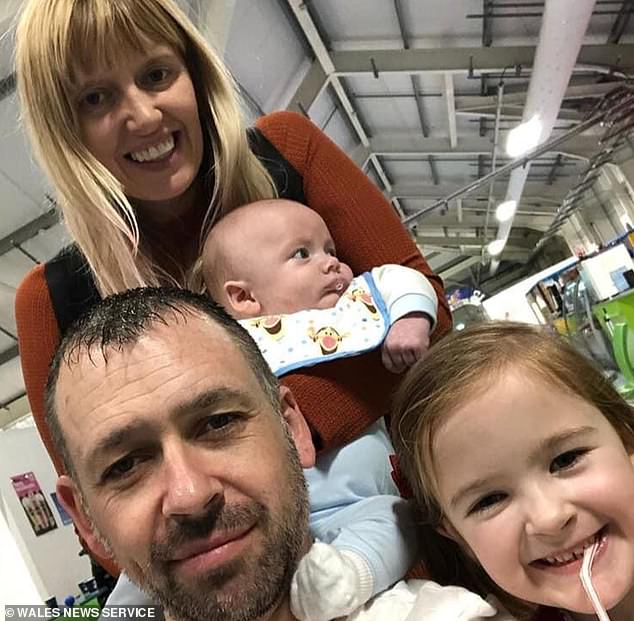 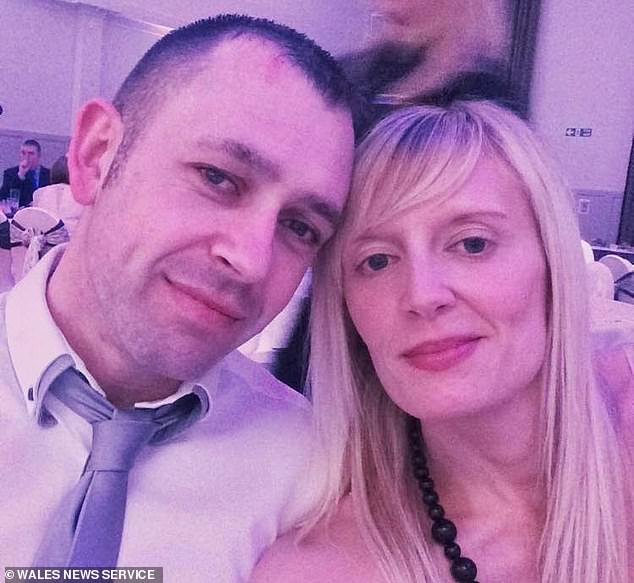 She continued: ‘We loved each other’s company and in 22 years we never spent a day apart.

‘He was the most amazing person I had the pleasure of knowing. He had the kindest of hearts and was loved by everyone who knew him.

‘The love I had for Paul just grew stronger seeing him with our children. It’s always been his dream to be a father and he was the most devoted Daddy.

‘Apart from work and the gym, he spent every waking moment with his children. His world revolved around them.’

Describing her husband’s death, she said: ‘My whole world went dark, a world that was so vibrant and coloured was completely black.

‘Imagine being on the highest of highs from bringing your beautiful son into the world to be told a few months later the father of your children was not going to be a part of your future. 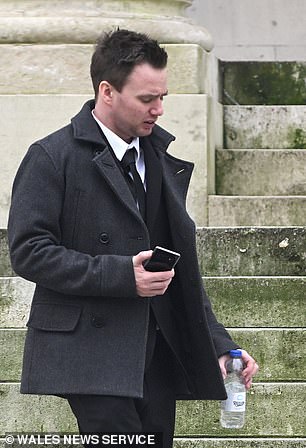 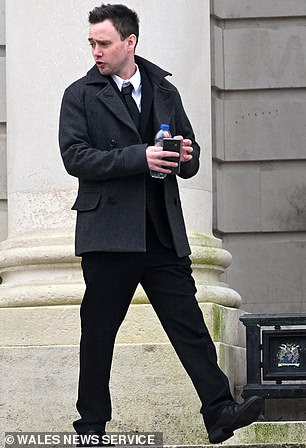 ‘The doctor told me there was nothing they could do. I rocked back and forth before collapsing in my brother’s arms begging and pleading for them to do something… I had to look at my children knowing they wouldn’t have their Daddy in the world to protect them.’

At a previous hearing, Robbins told the court how he would call Mr Heenan ‘Skipper’ and ‘Guvnor’ at the Yuasa battery factory in Ebbw Vale, Gwent.

He said: ‘I’d like to think we were more than colleagues’.

Robbins had gone to say ‘I’ll see you in the morning skip’ before the tragedy.

The court was also told how Mr Heenan had started riding to work to keep fit after his gyms closed during lockdown.

Robbins said: ‘We have never known Paul to cycle into work.

‘There was jesting about him cycling in because of the gyms.

‘I said “Why are you cycling in? You’re too old to cycle in”.

‘It was just laughing amongst friends kind of thing.’

He added: ‘He was just cycling slow in front of me on the narrow road.

‘I just thought he was joking about.

‘As you come to the opening, widening of the road Paul was still cycling in front of me so I tried to go around Paul to make my way out.

‘Paul was weaving like an S-shape when the road opened up when I tried to overtake.’

As well as the suspended sentence, Robbins was also ordered to carry out a 15-day rehabilitation activity requirement and 100 hours unpaid work, and was disqualified from driving for 12 months.

Judge Christopher Vosper QC said: ‘These cases are almost always tragic and this is a particularly sad case.

‘We heard this morning Mr Heenan’s partner Rebecca read out her statement describing the impact on her family and upon her. It was an extremely distressing statement even for someone to read without hearing it. It must have taken great courage on her part to read it court today.

‘The consequences on her and her young children are obvious.’