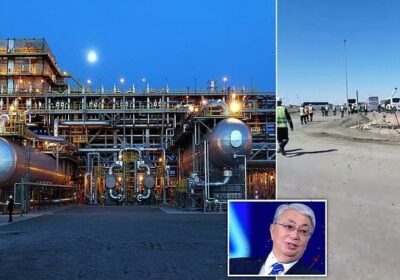 An explosion erupted at Kazakhstan’s biggest oil field Tengiz earlier today, just days after the country’s president had reassured the EU it would step up its delivery of oil to Europe.

At least two workers died and three were injured in the blast, according to local reports.

Kazakh police opened a criminal investigation into the explosion at the facility operated by the country’s top oil venture Tengizchevroil, in which Chevron holds a 50 per cent stake.

The causes of the mystery explosion are under investigation, but preliminary information indicated the fireball occurred during a hydrotest of a pipe with atmospheric gas.

A Russian court yesterday also ordered the ‘temporary closure’ of Novorossiysk oil terminal, a key link in the Caspian Pipeline Consortium (CPC) which takes Kazakh oil to the Black Sea and on to the West.

This was ostensibly for environmental reasons and to allow regulators to inspect the pipeline, but the Russian court’s decision was handed down just a day after Kazakh president Kassym-Jomart Tokayev on Monday vowed to send more oil to the EU ahead of winter.

The CPC said Wednesday it was ‘forced to impose the court’s ruling’ of a 30-day closure but planned to appeal against it.

Any major disruption to the CPC would put further strain on the global oil market which is facing one of its the worst supply crunches since the Arab oil embargo in the 1970s. 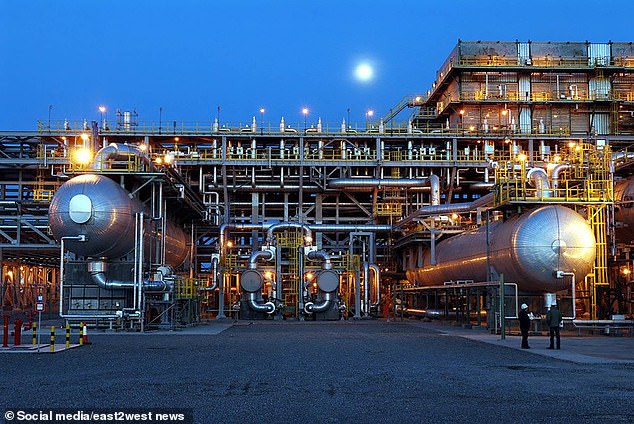 An explosion erupted at Kazakhstan’s biggest oil field Tengiz earlier today, just days after the country’s president had reassured the EU it would step up its delivery of oil to Europe (Tengiz facility is pictured) 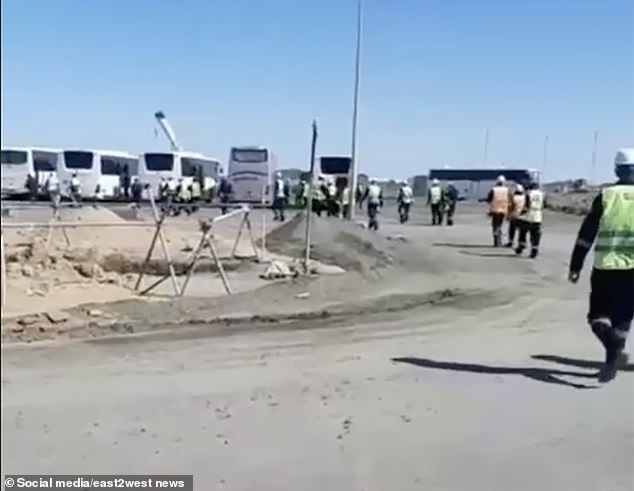 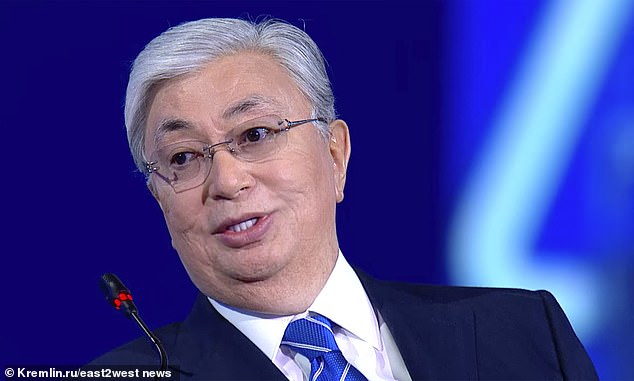 Kazakhstan supplies 67 million tons of oil through Russia to Europe annually, but Tokayev on Monday told EU council president Charles Michel his nation would increase supplies this year in light of the conflict in Ukraine.

However, Tokayev recently infuriated Vladimir Putin by refusing to recognise the Donetsk and Luhansk People’s Republics – areas of eastern Ukraine under the control of Russian-backed separatists – as independent states, stoking speculation the Tengiz oil facility explosion and CPC pipeline closure could represent payback.

The CPC pipeline has been in the spotlight since Russia sent troops into Ukraine, in what it calls a ‘special military operation’ seen by Ukraine and Western allies as an all-out invasion.

Oil prices were up more than 1 per cent on Wednesday at around $104 (£88) a barrel, supported by supply concerns.

Russia has already reduced gas flows via the Nord Stream 1 gas pipeline, which supplies Russian gas to Germany and other European states.

That pipeline has been operating at 40 per cent capacity because of a dispute over equipment repairs.

The United States meanwhile has imposed sanctions on Russian oil but has said flows from Kazakhstan through Russia should run uninterrupted.

The European Union has said it wants to wean itself off reliance on Russian fossil fuels by 2027. 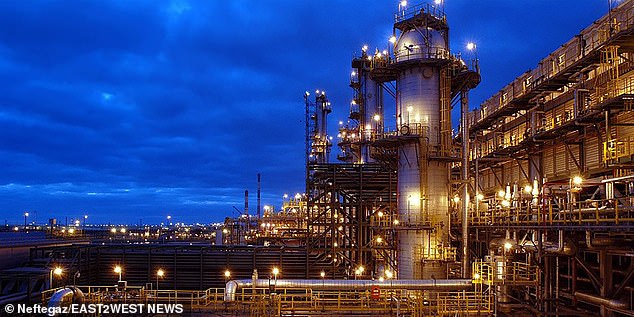 Tengiz oil field in Kazakhstan is pictured at dusk 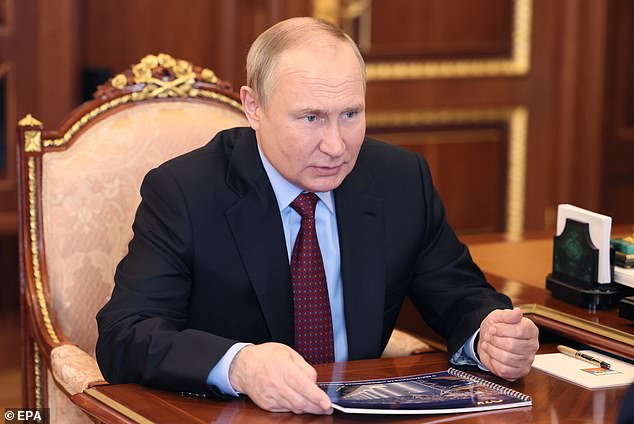 In light of this, EU lawmakers voted Wednesday to include natural gas and nuclear in the bloc’s list of sustainable activities, backing a proposal from the EU’s executive arm that has been drawing fierce criticism from environment groups.

The European Commission earlier this year made the proposal as part of its plans for building a climate-friendly future, dividing member countries and drawing outcry from environmentalists over what they criticise as ‘greenwashing.’

EU legislators from the environment and economy committees objected last month to the plan, setting up Wednesday’s decisive vote in Strasbourg, France. But MEPs rejected their resolution in a 328-278 vote, with 33 lawmakers abstaining.

Greenpeace immediately said it will submit a formal request for internal review to the European Commission, and then take legal action at the European Court of Justice if the result isn’t conclusive.

‘It’s dirty politics and it’s an outrageous outcome to label gas and nuclear as green… but now we will fight this in the courts,’ said Ariadna Rodrigo, Greenpeace’s EU sustainable finance campaigner.

European Parliament rapporteur Bas Eickhout rued ‘a dark day for the climate and the energy transition.’ 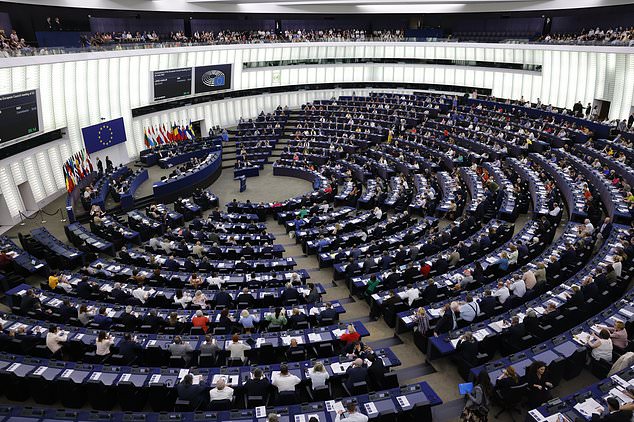 The green labeling system from the European Commission defines what qualifies as an investment in sustainable energy. Under certain conditions, gas and nuclear energy will now be part of the mix, making it easier for private investors to inject money into both.

With the EU aiming to reach climate neutrality by 2050 and to cut greenhouse gas emissions by at least 55 per cent by 2030, the commission says the classification system is crucial to direct investments into sustainable energy. It estimates that about 350 billion euros of investment per year will be needed to meet the 2030 targets.

The question of nuclear power has divided environmentalists, energy experts and governments for years.

Some argue it is an important source of energy because it is produced with no emissions and thus ‘clean,’ while others say the risks of devastating nuclear accidents are too great and infrastructure is slow and costly to build.

Introducing gas and nuclear into the equation has divided the 27 member countries amid Russia’s war in Ukraine, and even the parliament’s political groups.