LUXEMBOURG/LONDON (Reuters) – The European Union’s top court ruled on Monday that the United Kingdom can unilaterally revoke its divorce notice, raising the hopes of pro-Europeans ahead of a crucial vote in the British parliament on Prime Minister Theresa May’s divorce deal. 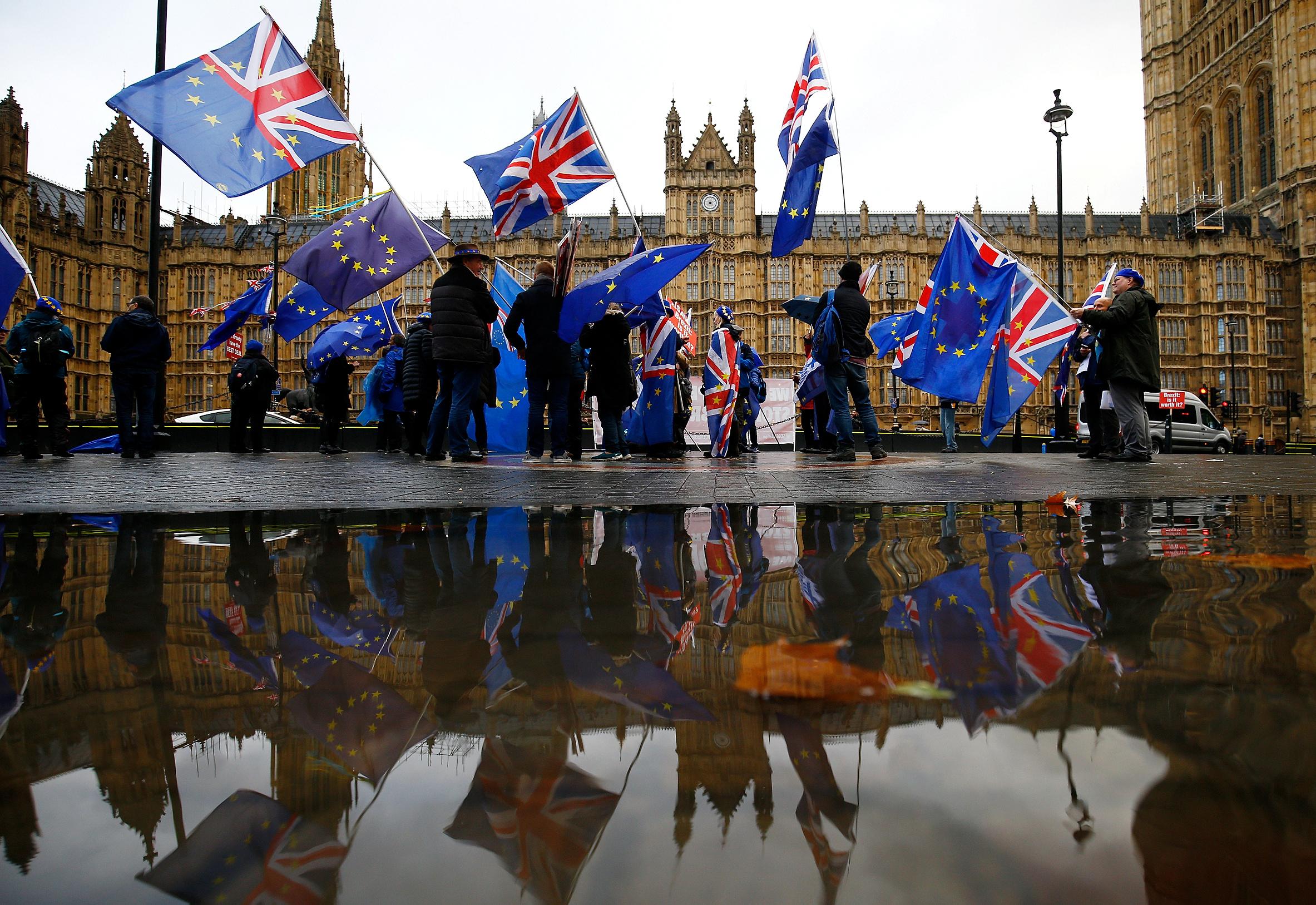 Just 36 hours before British lawmakers vote on May’s deal, the Court of Justice said in an emergency judgment that London could revoke its Article 50 formal divorce notice with no penalty.

May’s government says the ruling means nothing because it has no intention of reversing its decision to leave the EU on March 29. But critics of her deal say it provides options — either to delay Brexit and renegotiate terms of withdrawal, or cancel it altogether if British voters change their minds.

“The United Kingdom is free to revoke unilaterally the notification of its intention to withdraw from the EU,” the court said.

“Such a revocation, decided in accordance with its own national constitutional requirements, would have the effect that the United Kingdom remains in the EU under terms that are unchanged.”

The future of Brexit remains deeply uncertain as dozens of lawmakers have publicly promised to vote down May’s divorce deal, a compromise that allowed the United Kingdom to exit while staying within the EU’s orbit. The ultimate Brexit outcome will shape Britain’s $2.8 trillion economy, have far reaching consequences for the unity of the United Kingdom and determine whether London can keep its place as one of the top two global financial centers.

Opponents of Brexit fear it will divide the West as it grapples with the unconventional presidency of Donald Trump and growing assertiveness from Russia and China.

Campaigners hoping to stop Brexit have been buoyed in recent weeks as May herself warned that if her deal was defeated then the United Kingdom could face either a no deal Brexit or no Brexit at all.

When asked about the ECJ’s ruling, Michael Gove, the most prominent Brexit campaigner in the British government, said the United Kingdom did not want to remain a member of the bloc it first joined in 1973.

“We don’t want to stay in the EU,” Gove, who serves as environment minister, told BBC radio. “We voted very clearly. 17.4 million people sent a clear message that we wanted to leave the European Union and that also means leaving the jurisdiction of the European Court of Justice.

“So this case is all very well but it doesn’t alter either the referendum vote or the clear intention of the government to leave on March 29,” Gove said.

British newspapers have reported that May could delay the Dec. 11 vote on her deal and the Northern Irish party which props up her government has suggested she should dash to Brussels to clinch better terms. The EU says the agreement is the best it can offer and its substance cannot be changed.

Gove said the vote would go ahead as planned. Current forecasts indicate May’s deal will be defeated, a step that would thrust the government’s Brexit plans into confusion.

Three of the four living former British prime ministers, John Major, Tony Blair and Gordon Brown, have said a second referendum is the way to resolve the crisis.

Some senior EU officials have said Britain should be allowed to remain but could be asked to give up some of the special terms it has acquired over the past four decades, notably a hefty rebate on its payments to the bloc’s budget.