EUROPE is bracing itself for another danger heatwave this weekend with temperatures tipped to soar to a sweltering 41C.

Most of the continent will bask in the mid 30s but countries further south will see the mercury quickly rocket past the 40C mark. 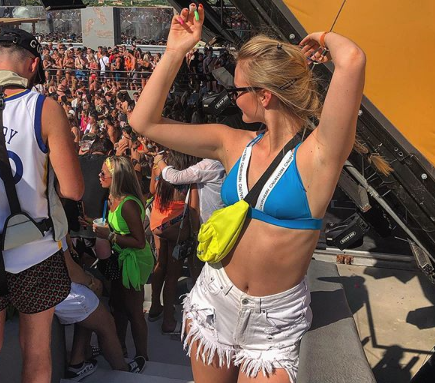 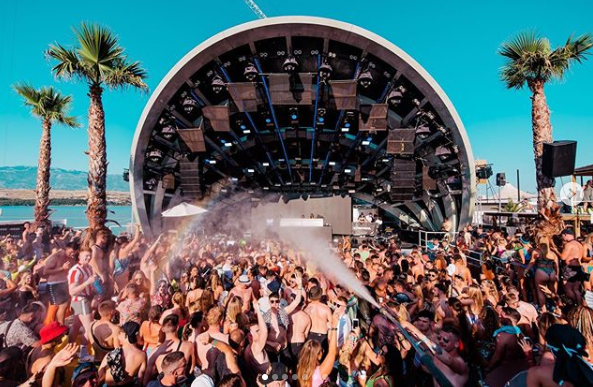 The latest heatwave comes just a week after Europe was rocked by record-breaking temperatures during a deadly Saharan sun surge.

However, despite the hot weather warnings, those attending Croatia's Hideout Festival were clearly making the most of heat as they stripped to bikinis and trunks.

The sold out six-day party – held at Zrce Festival Beach on the Adriatic island of Pag – has attracted thousands of fans of electronic dance music from across the globe.

But not every holidaymaker struck lucky in the Summer sizzle.

Greece's most famous archaeological site, the Acropolis in Athens, had to close to tourists because of the scorching weather.

The antiquities authority said the landmark had to close its doors as the temperature rose above 36C – with a "real feel" of more than 40C. 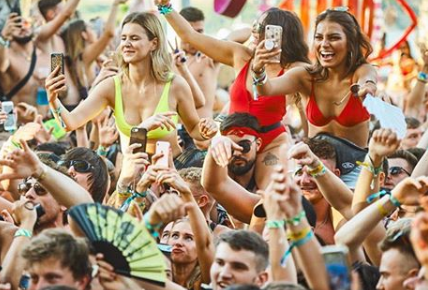 The hilltop UNESCO World Heritage site, which includes the 2,500-year-old Parthenon, is the country's most popular tourist attraction, with 3.1 million visitors every year.

He said: "Hot sunshine for the south east of Europe and indeed the Mediterranean around northern Italy, southern France and also parts of Spain.

"The north east of Spain could see temperatures go as high as 39C perhaps to 41C in some spots."

A new record high of 45.9C was measured in the southern town of Gallargues-le-Montueux, in the south-east.

The World Meteorological Organisation has now said that 2019 was on track to be among the world's hottest years, and 2015-2019 would be the hottest five-year period on record. 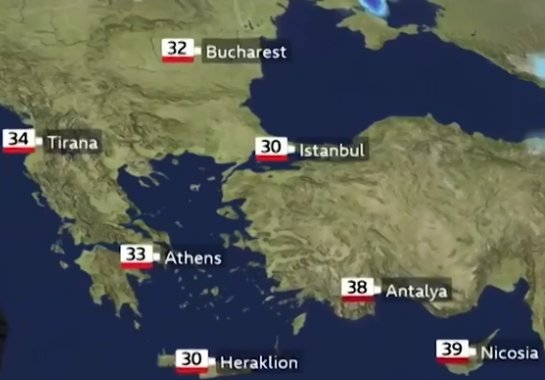