EU clamps down on oligarchs and Kremlin's media machine 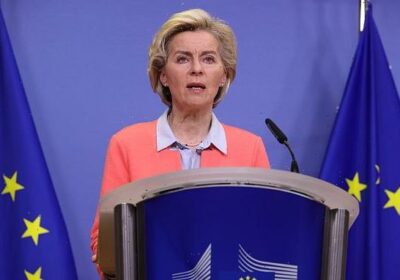 EU clamps down on oligarchs and Kremlin’s media machine: Bloc shuts down airspace to Russian aircraft including private jets, bans RT and Sputnik and hits Belarus with new sanctions

The EU today unveiled a new package of sanctions against Vladimir Putin’s regime, closing off its airspace to all Russian planes and banning Kremlin propaganda outlets Russia Today and Sputnik.

European Commission president Ursula von der Leyen announced the new measures in a press conference this afternoon, which will include funding the purchase and delivery of weapons to Ukraine.

Ms von der Leyen said this was the first time the EU had done this for a country under attack.

She said: ‘We are shutting down the EU’s airspace for all Russian aircraft, including the private jets of oligarchs.

‘Second, in another unprecedented step, we will ban, in the EU, the Kremlin’s media machine.

‘The state-owned Russia Today and Sputnik, as well as their subsidiaries, will no longer be able to spread their lies to support Putin’s lies.’ 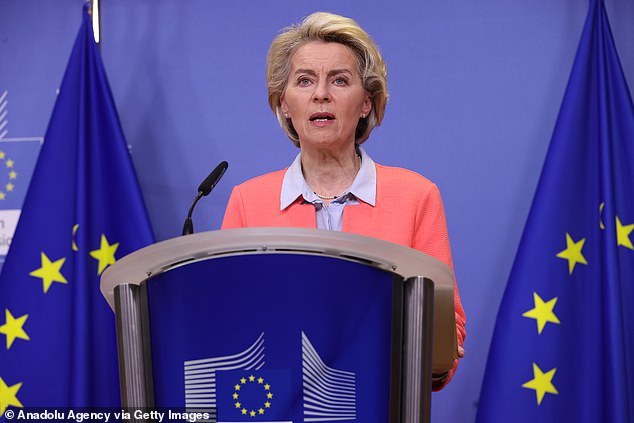 ‘We will target the other aggressor of this war, Lukashenko’s regime, which is complicit in the vicious attack against Ukraine,’ she said.

Explaining what these were, she said: ‘We will hit them with a new package of sanctions, with restrictive measures against the most important sectors.

‘This will stop their exports of products from mineral fuels to tobacco, timber, iron and steel.

‘We will also extend the Belarus the restrictions we imposed on dual-exported goods to Russia.

‘And in addition we will sanction those Belarusians helping the Russian war effort.’

It comes after a furious Vladimir Putin put the forces operating Russia’s nuclear deterrent on ‘alert’ as he criticised a wave of Western sanctions including the ejection of several Russian banks from the Swift global payment system.