Enrol children in swimming lessons to make up time lost during pandemic: experts 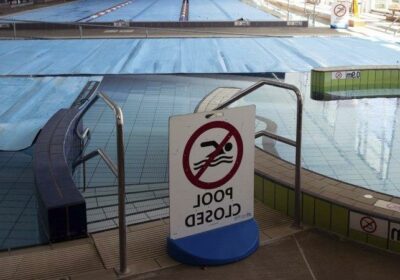 Australian water safety experts are urging parents to enrol children in swimming lessons before summer to make up for lost time during the pandemic when hundreds of thousands of children aged seven to 10 years were deprived of life-saving skills.

On World Drowning Prevention Day on Monday, the World Health Organisation has urged everyone to do one thing to reverse an increase in drowning deaths in Australia and overseas. 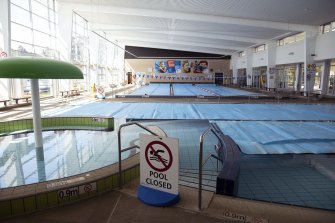 Pools across the country were closed during the pandemic.Credit:Dominic Lorrimer

Royal Life Saving Australia’s chief executive Justin Scarr said that could include new lessons for adults and children, checking whether a pool gate was still self-closing and locking, whether a lifejacket needs updating, avoiding alcohol while boating or swimming and steering clear of floodwaters.

A range of global and Australian campaigns have been launched to mark this year’s annual drowning prevention day, which recognises that drowning is a major public health issue, killing 236,000 people worldwide every year.

The campaigns include a song list on Spotify compiled by Australian water safety experts to create awareness of the importance of water.

Justin Leavy of Curtin University’s Drowning Prevention Evidence & Evaluation Project (DEEP) said water safety experts were asked to nominate songs that evoked “a memory, a moment, a destination – simply a list of songs that would remind people of the power of water”.

The new DEEP song list, published on Monday morning, includes Bridge Over Troubled Water by Simon & Garfunkel, nominated many times, Beyond the Sea by Robbie Williams, Cry Me a River by Justin Timberlake and Neil Young’s Down by the River. 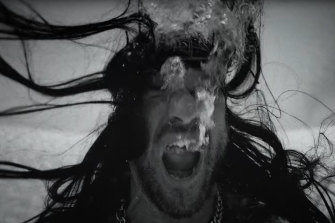 A new campaign from Portugal aims to lift awareness that drowning is a silent killer.Credit:Havas Portugal on YouTube

In Portugal, an innovative advertisement by the Portuguese Association for Child Safety uses a heavy metal band to show that drowning is silent. “If a heavy metal band can’t make itself heard inside a swimming pool, can a child do it?” it asks.

Another urges parents to watch their children, not their phones.

Scarr expects this year’s national drowning toll to be even worse than in 2020-21 when it rose by 20 per cent to 294 fatal drownings.

His personal goals were to update his Bronze medallion and to do a refresher CPR course.

His professional goal was to “reverse the impact of the pandemic to ensure that no child misses out on learning to swim and survive”.

At the same time, COVID-19 resulted in the closure of pools and cancellation of swimming lessons.

Scarr said extreme weather causing heatwaves and floods combined with the impact of the pandemic contributed to increased deaths from drowning worldwide. This included a 30 per cent spike over the Australian summer when 112 people fatally drowned, including 22 in floodwaters.

Because of that, Royal Life Saving would also be working more closely with the Australian Bureau of Meteorology to identify high-risk days in the water, such as heatwaves that coincide with public holidays.

In a paper published in The Lancet, Scarr with World Health Organisation expert David Meddings and Kelly Larson from Bloomberg Philanthropies, wrote that drowning had been neglected as a leading killer of young children. They wrote that climate change and the severity of flood-related disasters were increasing risks.