Tesla CEO Elon Musk has defended a video showing him smoking marijuana, saying it proves that he is not a regular user because he clearly didn’t know how to smoke it.

‘I do not smoke pot,’ Musk said in an interview with 60 Minutes that will air in full on Sunday. ‘As anybody who watched that podcast could tell, I have no idea how to smoke pot or anything. I don’t know how to smoke anything, honestly.’

Musk was referring to his September 6 appearance on the Joe Rogan Experience, where he accepted a marijuana blunt from the host and then puffed on it.

The interview was conducted in California, where marijuana is legal, but drew concerned reactions from investors and an investigation at NASA, which has multi-million dollar contracts with Musk’s SpaceX. 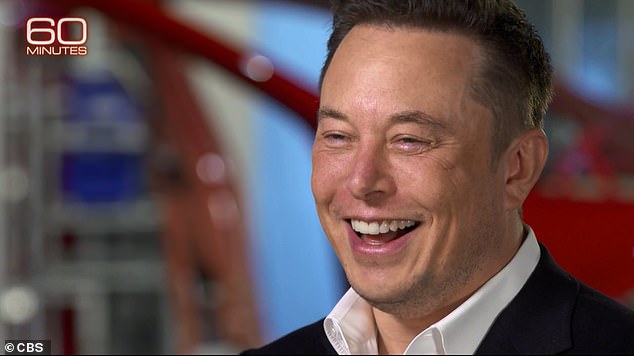 ‘I do not smoke pot,’ Musk said in an interview with 60 Minutes that will air in full on Sunday

In the 60 Minutes interview, Musk also addressed a string of controversial decisions over the summer.

Musk made headlines by referring to a British cave diver who helped rescue Thai children as ‘pedo guy’ and shocked shareholders by musing on Twitter that he planned to take the company private, a deal that never materialized.

‘I am somewhat impulsive,’ Musk said. ‘I don’t really want to try to adhere to some CEO template.’

Interviewer Lesley Stahl pressed Musk on his impulsiveness on Twitter, where his comments about going private drew an SEC investigation that ended in him resigning as Tesla’s chairman, though he remains CEO. 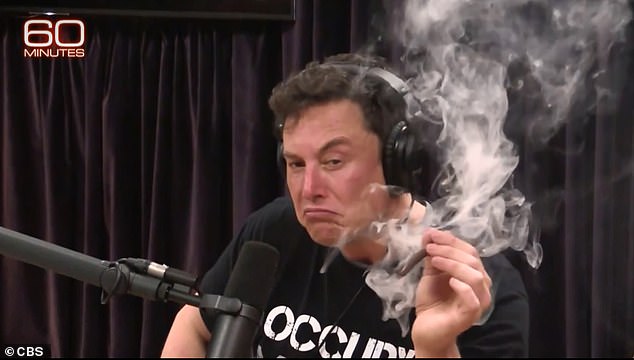 Musk raised eyebrows when he appeared on the Joe Rogan Experience in September, where he accepted a marijuana blunt from the host and then puffed on it

‘I use tweets to express myself,’ Musk says, ‘Some people use their hair, I use Twitter.’

‘I’m just being me,’ Musk said, denying criticism that he is erratic.

‘I mean, I was certainly under insane stress and crazy, crazy hours… But the system would have failed if I was truly erratic.’

The full interview airs Sunday at 7pm ET and PT on CBS.