Blink and you’ll miss it: Eight-point buck shedding its antlers with a shake of the head is captured in ‘unique’ night-cam footage

This is the spectacular moment a deer was caught shedding its antlers in the middle of the night.

In the ‘unique’ night-cam footage, the wild animal is seen scratching an itch on its head with one of its back legs, in Northfield, Vermont.

Seconds later, it shakes its head quickly and the sharp antlers are seen falling to the ground, in the clip shared by the Facebook group Vermont Fish & Wildlife.

While many might believe the annual molting takes a long time, this deer proves it can be done at lightning speed. 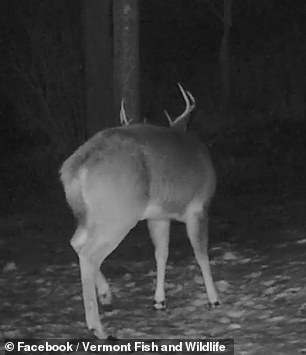 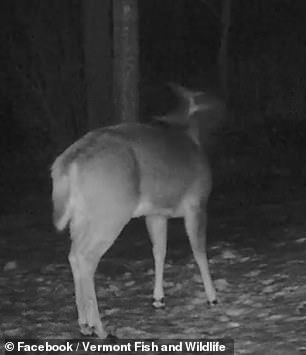 An eight-point buck was captured shaking its head and shedding antlers in Northfield, Vermont, at around 1.43am. The molting, which occurs once a year, happened within seconds

Within a matter of seconds, the deer hastily sprints away, at around 1.43am.

Ann Sivori captured the sighting, dubbed ‘spectacular and unique’ by the Vermont group, of an eight-point buck on January 7.

She said the wild mammal had been lured to the area after noticing apples had fallen from the tree. 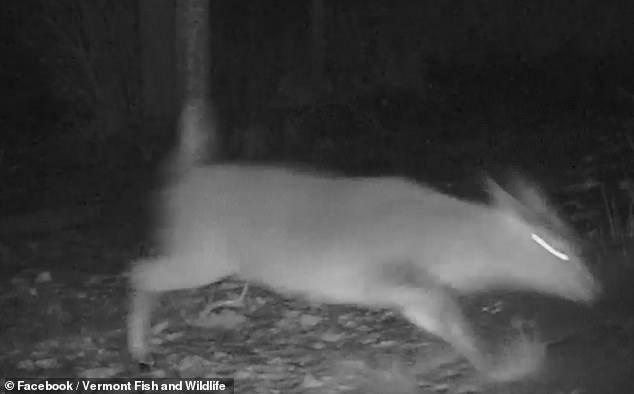 The deer then abruptly sprinted from the scene after leaving a set of antlers on the ground, in the clip shared by the Vermont Fish & Wildlife Facebook group

It started eating the fruit before deciding to shed its antlers.

The footage has sent the internet into meltdown with more than 13,000 views and 1,800 reactions.

Viewers have praised the Facebook group for sharing the moment which is rarely captured on camera. 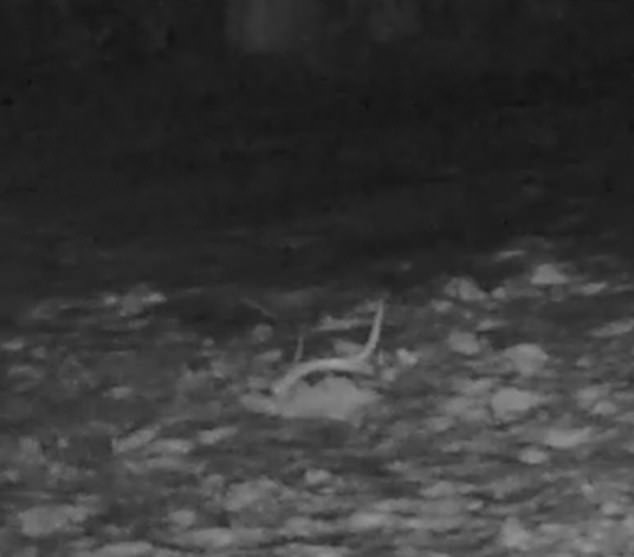 Deer experience a drop in testosterone levels after rutting season which causes them to lose their antlers (pictured) every spring. The change in hormone levels activates osteoclasts cells which weaken the antlers and lead many to start shedding

Williams Debra said: ‘I have deer around my house all the time but I have never seen any antlers on the ground.’

Lynn Barrows wrote: ‘As an outdoor person and a hunter, I’ve never seen that before. And to see it happen in my home town makes it very special. Thank you for sharing it.’

A drop in testosterone levels occurs after rutting season which causes deer to lose their antlers every spring.

The change in hormone levels activates specialised osteoclasts cells and these weaken the antlers.

The animals then starts the shedding process.