Captured by an urban explorer known as Unseen Decay they show rural houses in Northern Ireland that have been empty for up to 30 years.

The urban explorer, who likes to keep the locations of the homes secret, said: ‘You could be the first person who has been in there for 20 or 30 years. 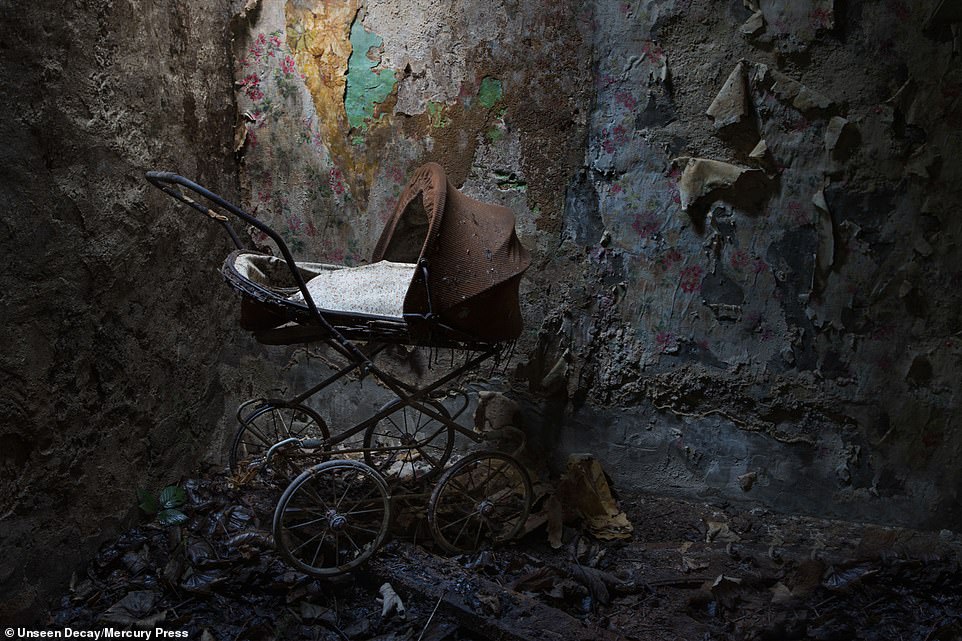 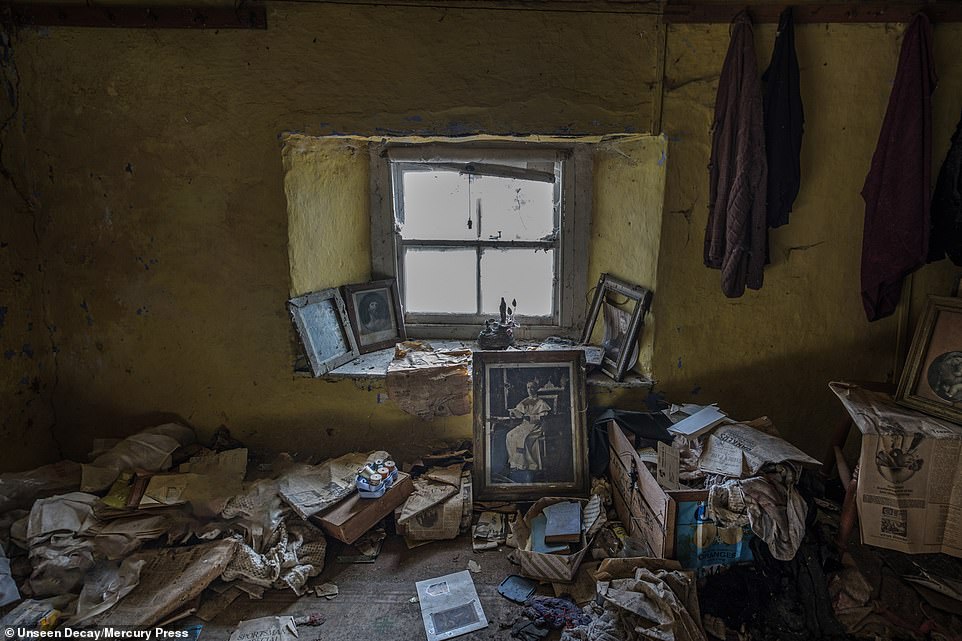 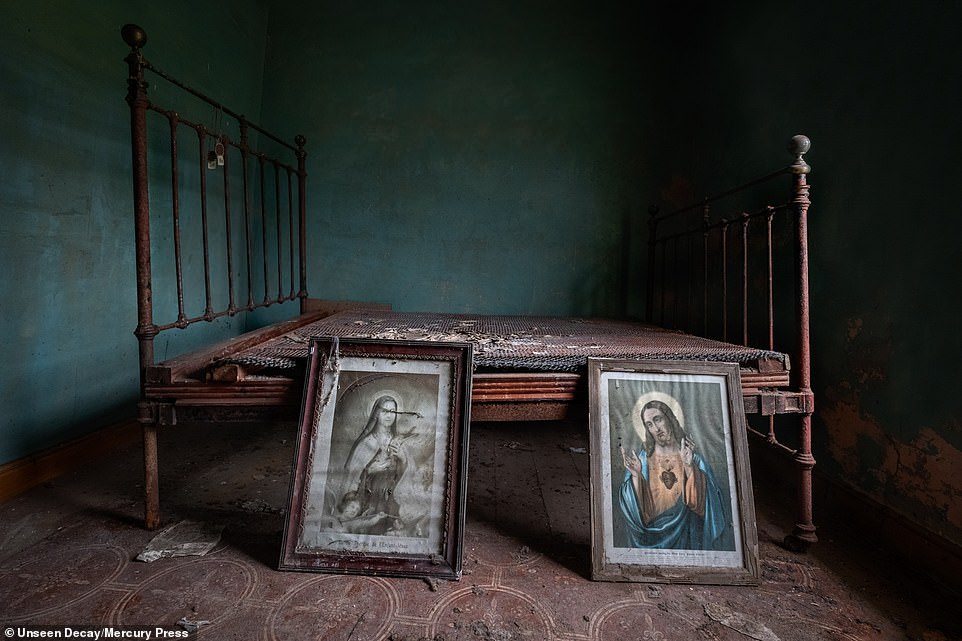 Religious paintings in broken wooden frames rest against a rusty metal bed inside an abandoned rural house. Unseen Decay believes that farming families left some of their belongings behind when they built new homes

‘You see bits and pieces of people’s lives. It’s special because you feel a personal connection to whoever has lived there.

‘Not just through obvious stuff like letters but things like hairbrushes – small things that have been part of something living.

‘You’ll see a wedding photo and a 90th birthday card in the same place. There was another with a last rites cabinet that a priest would have used before someone died.

‘It’s sad in a way because you see that’s what you leave behind. Without sounding morbid it hits you with the inevitability of death.’ 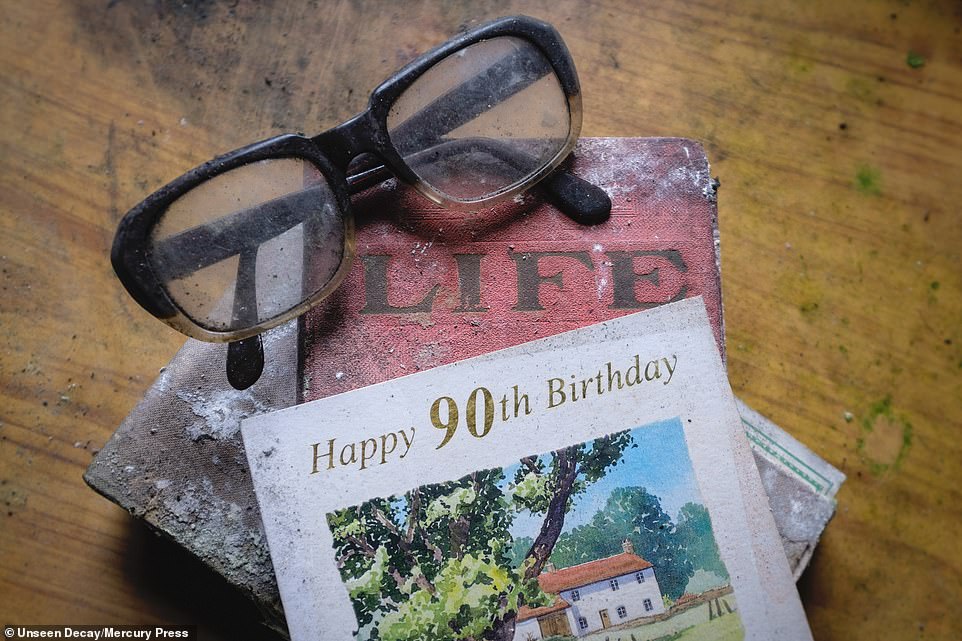 The explorer found a dusty pair of spectacles and a 90th birthday card inside one of the long-forgotten homes. He said he feels a ‘connection’ to some of the personal items which may not have been touched for 30 years 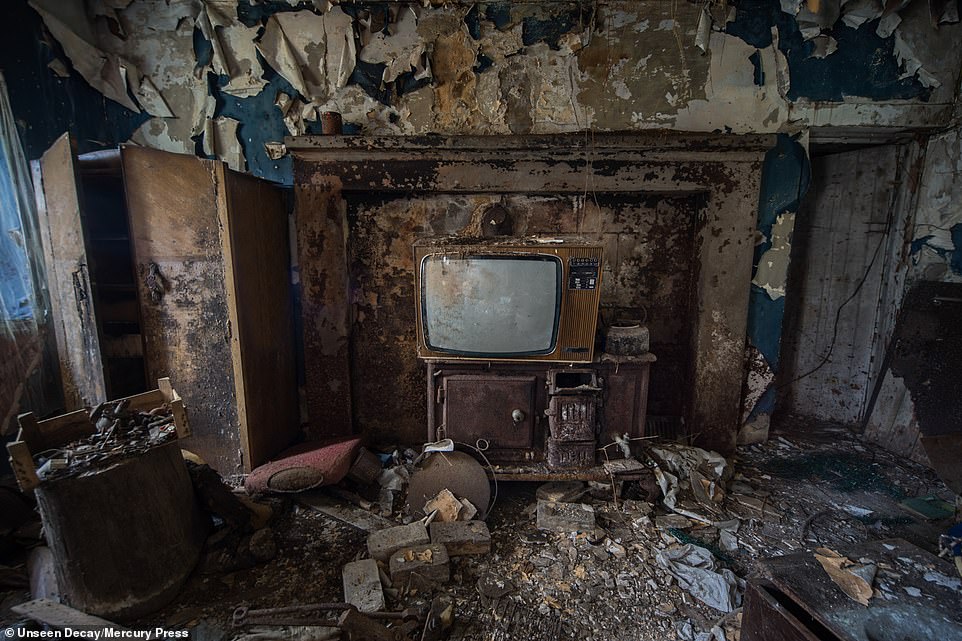 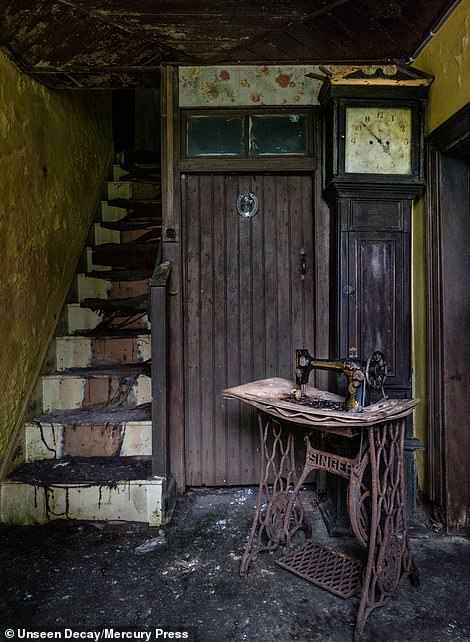 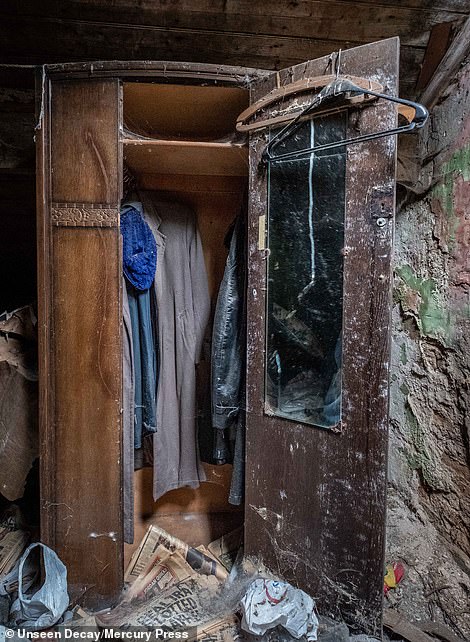 The photographer, from County Antrim, comes across the homes as he drives through the countryside or through recommendations.

He believes a lot of them are rural properties abandoned by farming families who built new houses.

He said: ‘Sometimes it’s the ones that look really unassuming. It will be a little shell of a cottage and you’ll find these amazing things inside.

‘What I like about it is the not knowing. Because a lot of them are empty shells you don’t know what you’re going to find.

‘It’s mainly rural places. If there’s a house nearby we will ask permission to go in. What we photograph is always accessible. We never break in. 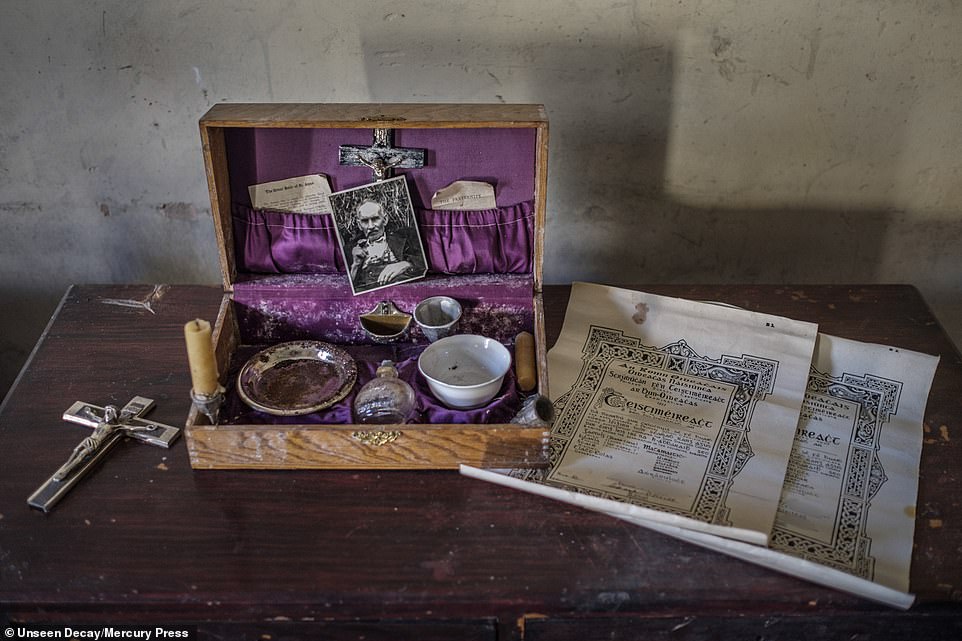 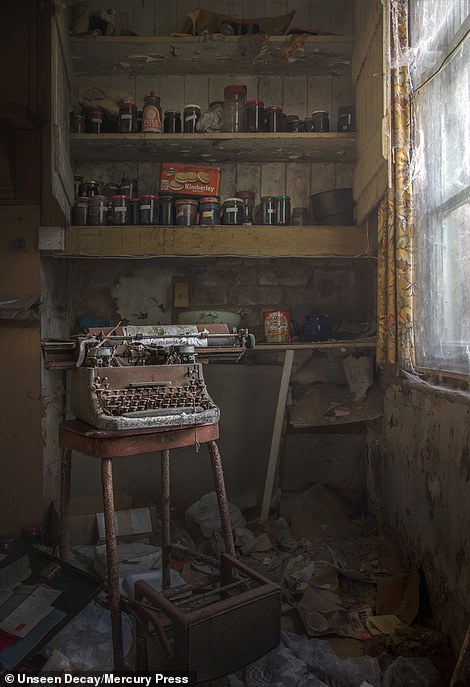 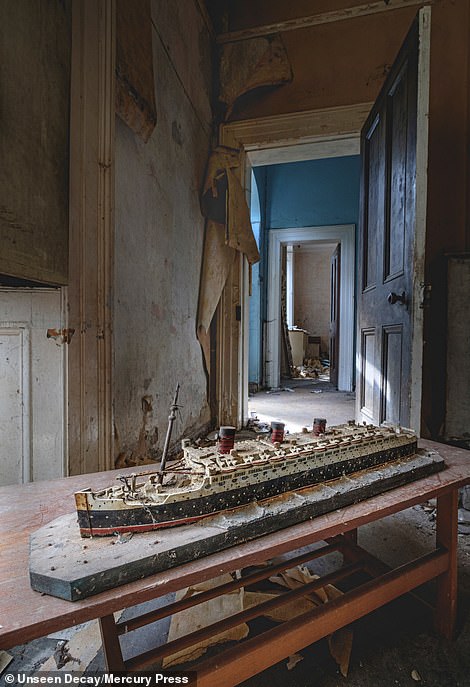 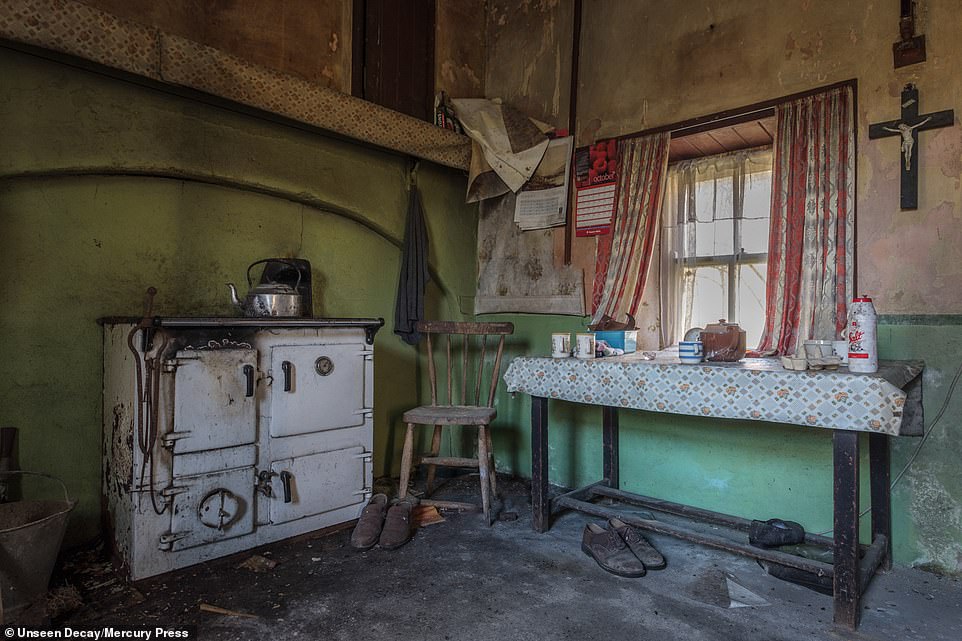 ‘I treat the locations and belongings with respect and that I never remove items.’

He has also visited an abandoned young offender’s institute – coming across endless corridors, rows of broken sinks and unsettlingly – an old dentist’s chair.

He said: ‘I’ve been doing this for five years. I was always into photography. My first was an old gothic style building and that gave me the bug for it.

‘I usually head out on a Sunday morning. Often it’s alone but there’s also a couple of other people I do it with. It’s a curiosity.

‘It’s just the not knowing that I like. You walk into a place and you can see in your head what it must have been like when people first moved in.

‘You get a sense of it and you feel such a connection to them.’ 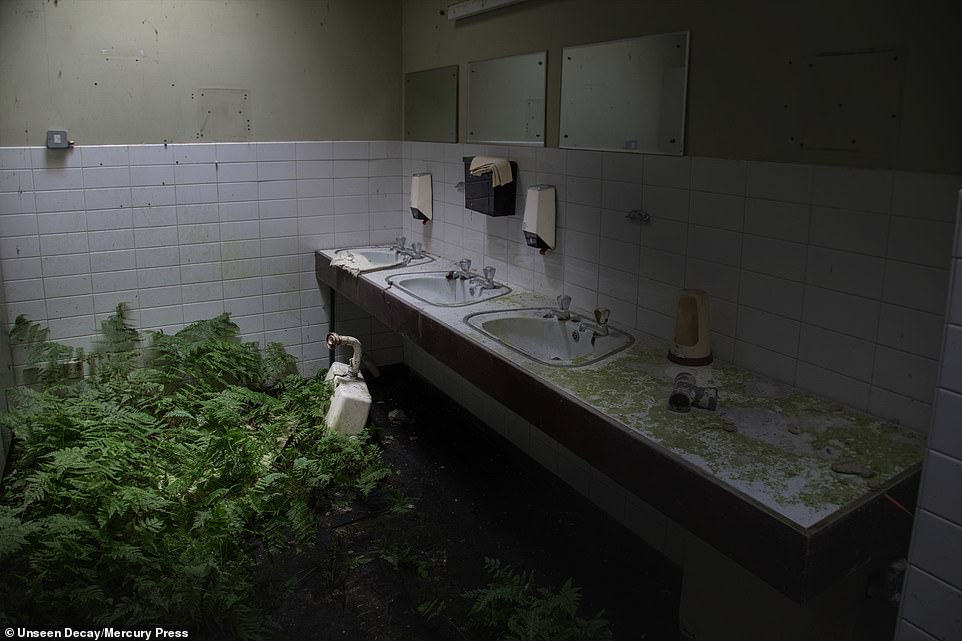 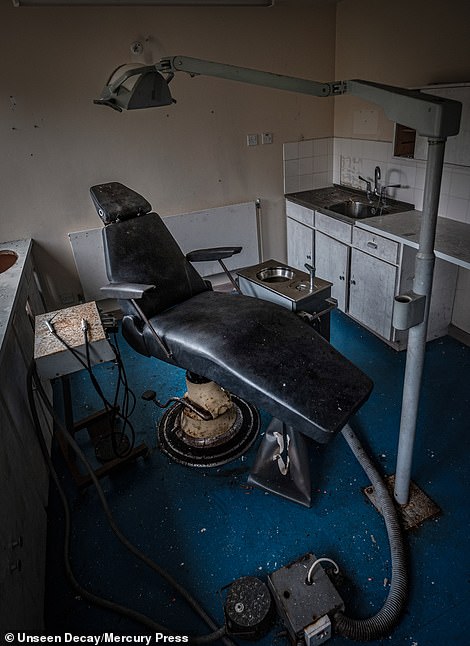 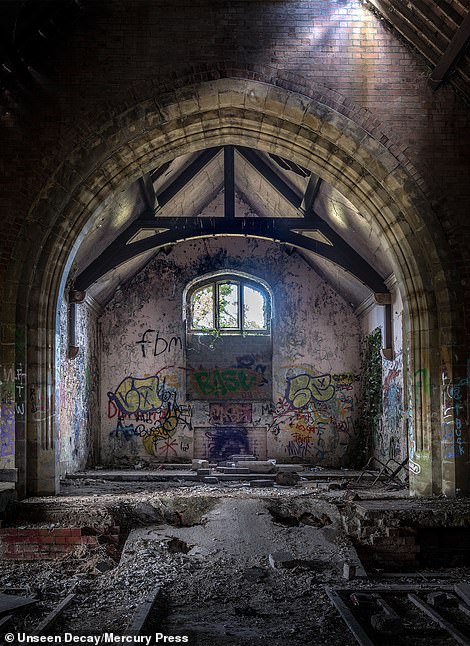