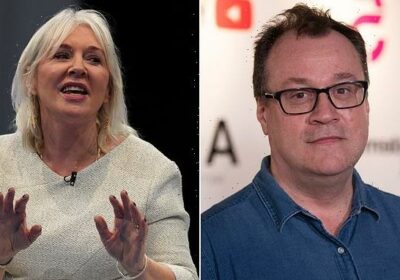 Mr Davies, the award-winning writer behind the revival of Doctor Who in 2005, criticised Miss Dorries after she suggested there was nepotism at the corporation, pointing out she had ‘employed her own daughter’.

The 58-year-old, who is returning to the BBC to run the legendary sci-fi series next year, also said the Government wants to ‘control culture’.

Earlier this week Miss Dorries said the BBC may not exist in a decade and criticised its ‘elitist’ and ‘snobbish’ approach.

She said the corporation was filled with people ‘whose mum and dad worked there’ and suggested the BBC would have to show how it was going to change before a new funding settlement is agreed. 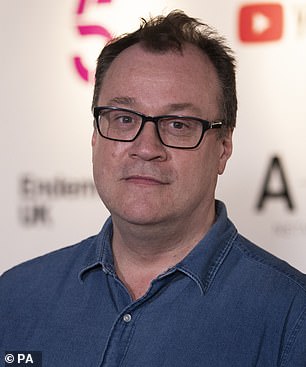 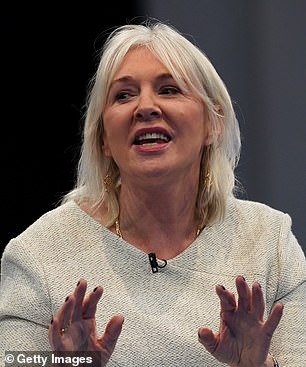 But when he was asked about her suggestion the BBC was elitist, Mr Davies told the i newspaper: ‘The woman’s an idiot, a big f*****g idiot.’

In reference to Miss Dorries’s nepotism allegations, he said: ‘She talked about the BBC having nepotism when she employed her own daughter.’

In 2013 Miss Dorries came under fire after it was revealed that her two daughters were employed in her parliamentary office.

Mr Davies said: ‘I’m here to talk about the threat of public funding and the threat to public service broadcasting.’

He added that ‘the threat that Channel 4 is under is even greater’, saying the channel was ‘doomed’ to be privatised. 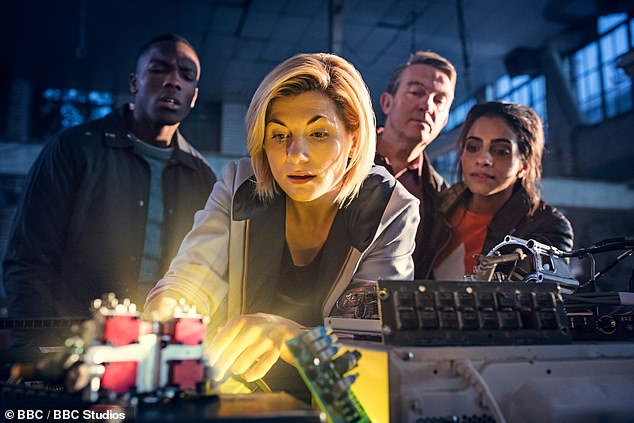 Mr Davies, the award-winning writer behind the revival of Doctor Who in 2005, criticised Miss Dorries after she suggested there was nepotism at the corporation, pointing out she had ‘employed her own daughter’

Asked if the Government cares about culture, he replied: ‘I think they care very much about controlling it.’

When Mr Davies was asked if he returned to the BBC because it was being attacked, he said: ‘I’m always happy to work for the BBC because I love them and I think everyone should get in there, man those battlements and fight for that channel.

‘We’ve got another 10-15 years of this Government, there’s no shifting them. They’re invulnerable somehow. So yes, I’m very, very happy to work with the BBC.’

A government source told the newspaper: ‘Personal and deeply unpleasant attacks like this don’t reflect well on the organisation and shouldn’t be tolerated.

‘It’s obviously not true that the BBC is being privatised now or at anytime in the future.’

A BBC spokesman said: ‘Russell T Davies is not a member of BBC staff and these are clearly personal views.’