Washington: US President Donald Trump is displaying "mild symptoms" of the coronavirus but is in "good spirits" and remains engaged with his work, according to White House chief-of-staff Mark Meadows.

As of early afternoon in the US capital, Trump has yet to make any public statements about his condition, more than 13 hours since revealing on Twitter that he and wife Melania had tested positive for COVID-19. 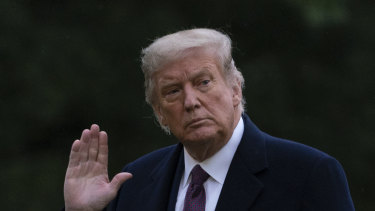 US President Donald Trump is in “good spirits” after testing positive for COVID-19, the White House said. Credit:AP Photo/Carolyn Kaster

In a tweet Melania Trump said: "I have mild symptoms but overall feeling good. I am looking forward to a speedy recovery."

On Friday morning (Saturday AEST) Vice-President Mike Pence announced that he had tested negative for the virus, as did Democratic nominee Joe Biden.

"I'm happy to report that Jill and I have tested negative for COVID," Biden said in a statement.

"Thank you to everyone for your messages of concern. I hope this serves as a reminder: wear a mask, keep social distance, and wash your hands."

Earlier in the day Biden and his wife Jill wished the President and first lady a "swift recovery".

"We will continue to pray for the health and safety of the president and his family," Biden said on Twitter. 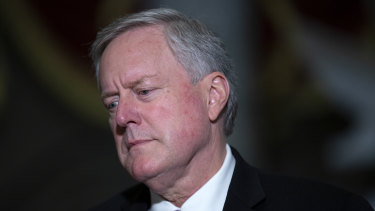 "The President does have mild symptoms," Meadows said.

"He continues to be, not only in good spirits, but very energetic.

White House officials faced tough questioning about why Trump had attended a fundraising event in New Jersey despite knowing he had been in close contact with Hicks after she had contracted the virus.

Trump campaign manager Bill Stepien said: "All previously announced campaign events involving the President's participation are in the process of being moved to virtual events or are being temporarily postponed.

"In addition, previously announced events involving members of the first family are also being temporarily postponed."