It was supposed to be an exclusive party at Mar-a-Lago, Donald Trump's members-only club in Palm Beach, Florida. But other than the two dozen or so women flown in to provide the entertainment, the only guests were Trump and Jeffrey Epstein.

The year was 1992 and the event was a "calendar girl" competition, something that George Houraney, a Florida-based businessman who ran American Dream Enterprise, had organised at Trump's request. 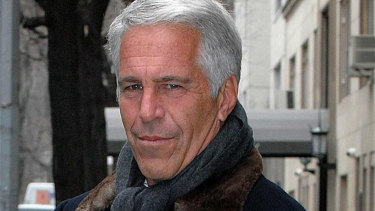 "I said, 'Look, Donald, I know Jeff really well, I can't have him going after younger girls'," Houraney remembers. "He said, 'Look I'm putting my name on this. I wouldn't put my name on it and have a scandal.'"

Houraney said he "pretty much had to ban Jeff from my events — Trump didn't care about that".

Shortly before the 2016 presidential election, Houraney accused Trump himself of inappropriate behaviour toward his girlfriend and business partner, Jill Harth, during their business dealings. 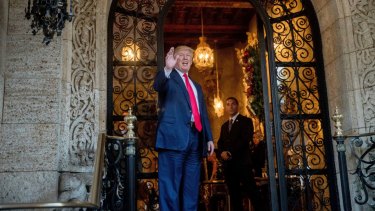 The White House did not respond to a request for comment on Tuesday.

But speaking on Tuesday to reporters in the Oval Office, the President distanced himself from Epstein, noting that he "knew him like everybody in Palm Beach knew him". But Trump added: "I had a falling out with him. I haven't spoken to him in 15 years. I was not a fan of his, that I can tell you."

Epstein, who was charged on Monday in Manhattan with sex trafficking, is better known as a longtime friend of former President Bill Clinton's than as a close associate of Trump's. In fact, the relationship with Trump turned so toxic that Epstein at one point told friends that he blamed Trump for his legal problems with the Palm Beach County police.

But while Trump has dismissed the relationship, Epstein, since the election, has played it up, claiming to people that he was the one who introduced Trump to his third wife, Melania Trump, though neither of the Trumps has ever mentioned Epstein playing a role in their meeting. Melania Trump has said that her future husband simply asked for her phone number at a party at the Kit Kat Club during Fashion Week in 1998.

Epstein was a never a dues-paying member of the Mar-a-Lago club, according to an official at the Trump Organisation. But as a guest of a guest, he was treated like a close friend by the club's owner and self-appointed headwaiter, Trump.

The two were photographed together there in the 1990s and early 2000s, Trump always in a tie, Epstein always without. And in Manhattan, they attended many of the same dinner parties, like the one that Epstein hosted for Prince Andrew, where the guest list also included Ron Perelman and Mort Zuckerman, among others.

But longtime Trump associates played down their closeness, saying that was simply how Trump treated any guest at his club – checking on their steaks, bragging about his meatloaf, scanning the room for a better table so guests felt like they were getting special treatment.

Since Trump's decision to enter the presidential race in 2015, his aides and allies have been eager to minimise any connection to Epstein, knowing that Epstein's relationship with Bill Clinton would be investigated at a time Hillary Clinton was likely to be his opponent. 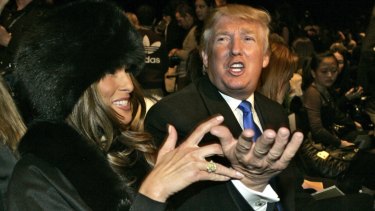 Epstein claimed to have introduced Trump to his now wife, Melania, pictured in 2007. Credit:AP

Roger Stone, the former Trump adviser, wrote in his book The Clintons' War on Women, which was published during the campaign, that Trump "turned down many invitations to Epstein's hedonistic private island and his Palm Beach home". Once when Trump visited Epstein at his Palm Beach home, Stone wrote, he later seemed to joke about the scene of underage girls he witnessed there.

"The swimming pool was filled with beautiful young girls," Trump later told a Mar-a-Lago member, according to Stone. "'How nice,' I thought, 'he let the neighbourhood kids use his pool'."

Sam Nunberg, a former campaign aide to Trump, said he raised concerns about the candidate's involvement with Epstein before Trump officially began his presidential campaign. But Trump assured Nunberg that he had barred Epstein from entering his clubs after Epstein had tried to recruit a woman who worked at Mar-a-Lago.

"Trump said, 'I kicked him out of the clubs when this stuff became public, and I made sure NBC knew'," Nunberg recalled.

Trump appeared fully aware of what a liability his onetime Palm Beach pal had become.

Nunberg said that in early 2015, he was beckoned into Trump's office at Trump Tower in Manhattan, along with Corey Lewandowski, then his campaign manager, and Michael Cohen, then Trump's private lawyer, after David Pecker of The National Enquirer had just left the building.

Trump showed the two men a copy of a new issue of The Enquirer that had yet to hit the stands, with pictures of Epstein's private island. Trump was gleeful about Epstein's connection to the Clintons and hinted there would be more to come.