The US President strolled off the stage in Buenos Aires and left Argentinian President Mauricio Macri on his own. 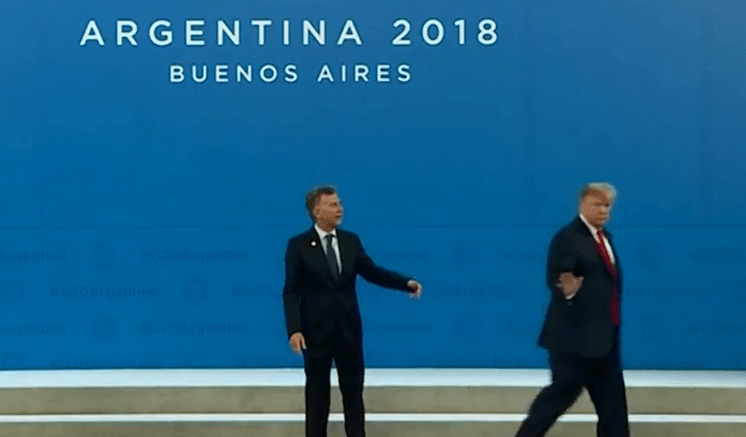 He was supposed to pose for a picture with Macri and other leaders but walked off and an aide could be seen chasing after Trump.

Footage shows Trump shaking hands with Macri before he hastily left the stage – and was later heard saying “get me out of here” off camera.

Macri, 59, looked confused after the 72-year-old left the stage because he was ready for the picture to be taken on Friday.

However, Trump eventually returned to the stage and stood in the middle of the world leaders when posing for the photo – with French President Emmanuel Macron and Theresa May on his right. 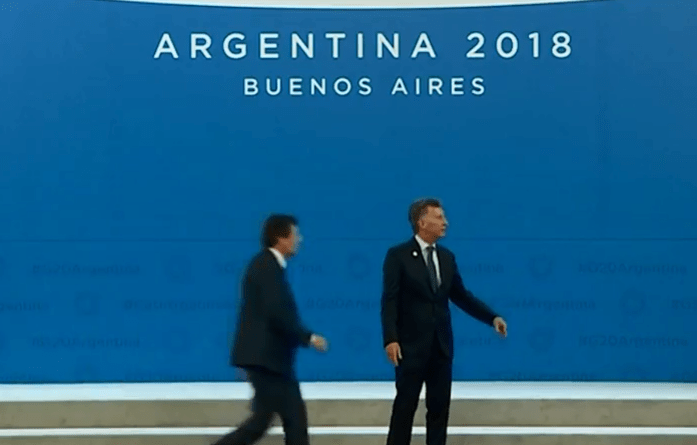 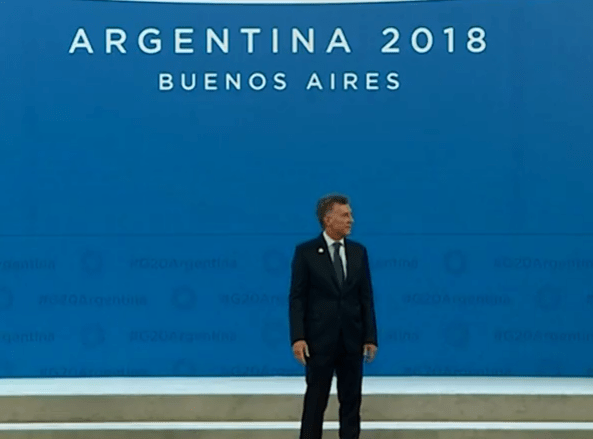 It comes after Trump appeared to struggle with his translation earpiece during the summit.

“To thank you for the huge support we have received from the United States and from your government, especially during this past year. 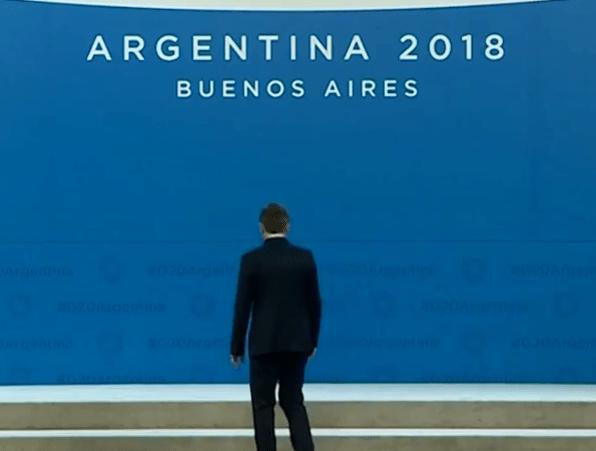 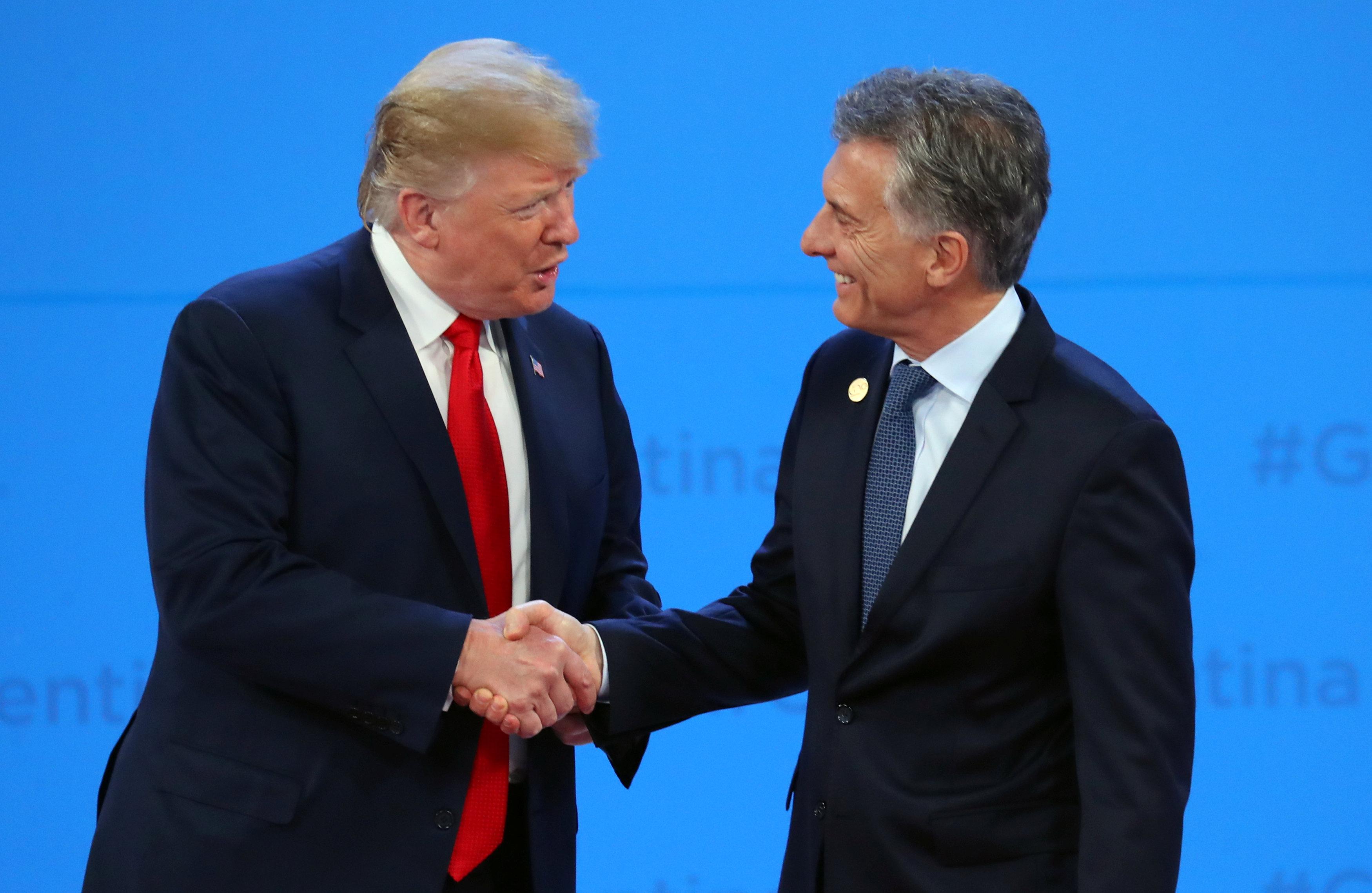 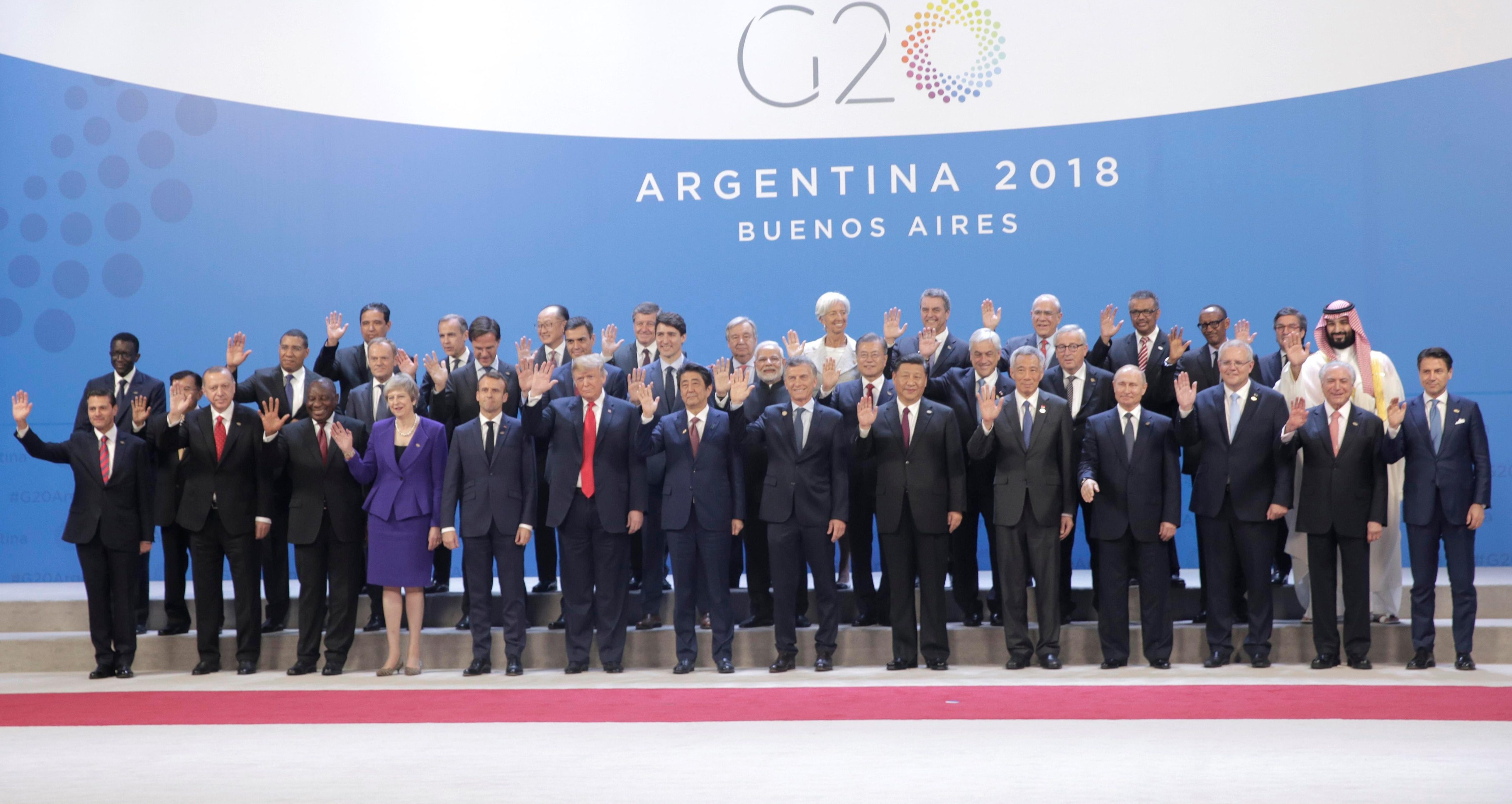 “We’ve been going through some difficult times.”

But Trump seemed to be confused when he pressed the piece of equipment to his ear as he struggle to understand what Macri was saying.

He threw the item on the ground and told Spanish-speaking Macri: “I think I understood you better in your language than I did on this. But that's okay.”