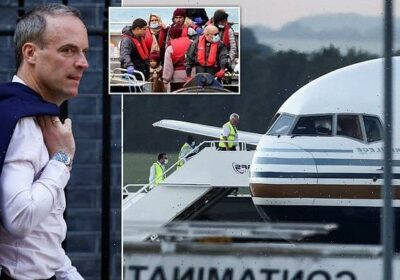 European-style privacy laws and bogus human rights claims will be stamped out under a major package of measures today.

The Justice Secretary wants to change the way the European Convention on Human Rights is interpreted in UK law, putting free speech above all other rights.

He said the package would be a ‘strong enhancement of free speech’, stopping the courts from introducing Continental-style privacy laws by the back door.

A Ministry of Justice spokesman said the move would ’empower people to express their views freely’ in the face of online ‘cancel culture’.

The Bill will set out that rulings by the European Court of Human Rights do not always have to be followed by UK courts, including the measures which blocked the first Rwanda removals flight last week.

Mr Raab said the Bill would ‘sift out spurious claims’ made by foreign criminals and others under article 8 of the convention, the right to private and family life.

Article 8 has been used by thousands of foreign offenders to avoid being deported. 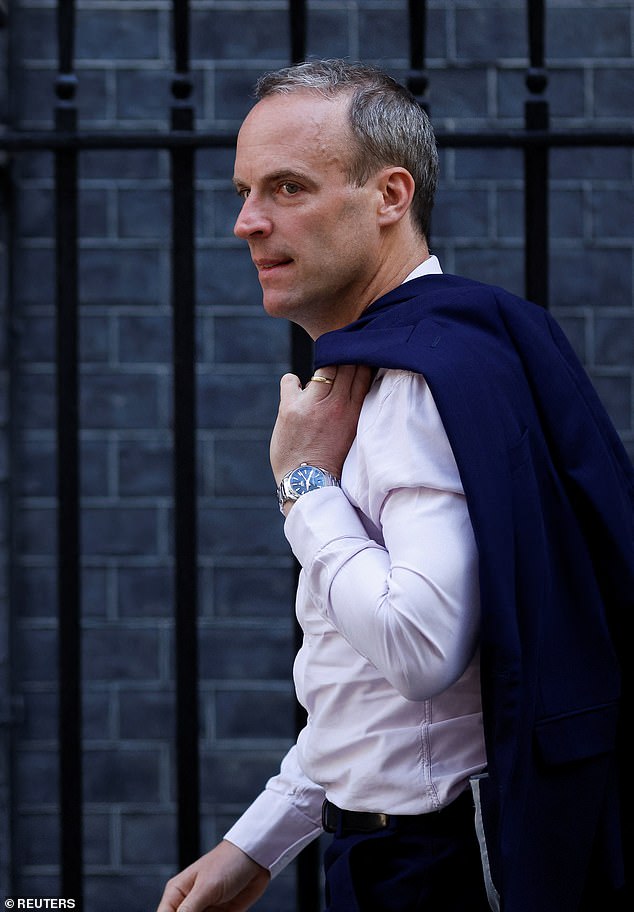 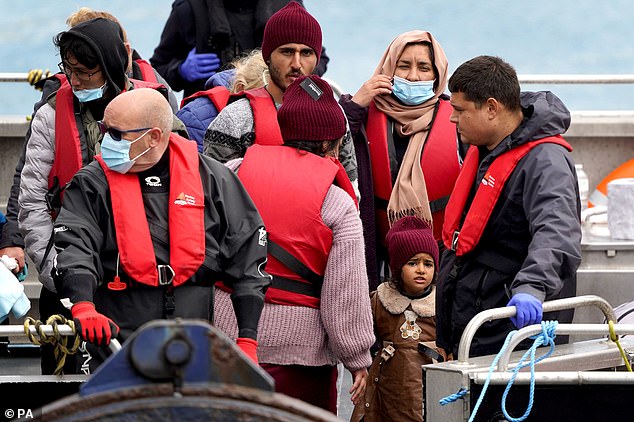 The Bill will set out that rulings by the European Court of Human Rights do not always have to be followed by UK courts, including the measures which blocked the first Rwanda removals flight last week. (Pictured: Migrants arriving to Britain on Tuesday)

The Bill of Rights will say that decisions by British courts outweigh those by the European court in Strasbourg, and that Parliament – not judges – have the final say on UK laws.

Mr Raab said: ‘First of all in the weighing-up of rights we will be clear that free speech has a higher pecking order, if you like, than the other rights. That’s particularly important when you’re balancing free speech versus privacy.

‘The Continental approaches tended to be more that you have stronger privacy laws.

‘Our approach and that of other common law countries is to have a stronger tradition of openness, transparency, free speech and the accountability that goes with that. You’ll see that written very clearly into the Bill of Rights.

‘You’ll see a strong enhancement of free speech. We haven’t abolished article 8 – but we’ve curtailed the scope for abuse.

‘Our approach is to sift out the spurious claims that we’ve seen, and allow us to adopt the most robust immigration controls possible.’

It will introduce a ‘permissions stage’ in the courts requiring people who want to bring a human rights case to show they have suffered ‘significant disadvantage’ before it can go ahead.

The move is designed to save court time and taxpayers’ money.

In a further boost to Press freedom, the Bill will introduce a higher bar when courts are asked to order journalists to disclose their sources.

It will prevent human rights laws from being used as a way to bring claims over overseas military operations.

The curtailment of article 8 is one of the key dimensions of the new package.

On Saturday the Daily Mail revealed how a series of killers, robbers and sex offenders remained in the UK by arguing their right to a private or family life in immigration courts.

Under Mr Raab’s proposals, offenders seeking to dodge deportation would have to prove that a child or another dependent would come to ‘overwhelming, unavoidable harm’ if they were separated – a higher test than under current law.

The Conservatives first pledged a Bill of Rights under leader David Cameron in 2007.