Home » World News » Doing the haka if you're not Maori is offensive, Brits are warned

Doing the haka if you're not Maori is offensive, Brits are warned 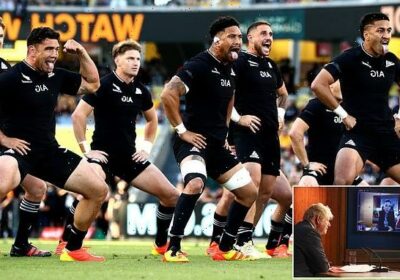 Doing the haka if you’re not Maori will be banned in the UK under Boris Johnson’s new free-trade deal with New Zealand because it is ‘offensive cultural appropriation’, it emerged last night.

The Prime Minister’s Kiwi counterpart, Jacinda Ardern, is thought to have pressed for the reference to the traditional Maori war dance due to allegations of cultural appropriation in the UK.

A group of nurses apologised after performing an altered haka in facepaint, which was branded ‘verging on being racist’ by cultural adviser Karaitiana Taiuru.

Fans and opponents have watched New Zealand rugby players perform Ka Mate, which was written in 1820 but is best known for its use as a battle cry pre-match by the All Blacks for the past century.

The traditional challenge is now set to be ‘protected’ from being used commercially by those other than its indigenous guardians.

A clause to ‘protect’ the chant was agreed to coincide with a deal that will expand £2.3billion of trade between the UK and New Zealand, and should make imports of some wine and honey cheaper. 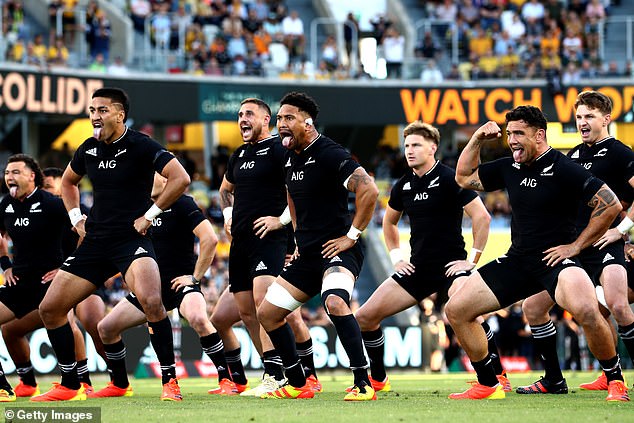 TJ Perenara of the All Blacks leads the haka ahead of the Rugby Championship match between the New Zealand All Blacks and the South African Springboks at QCB Stadium on September 25, 2021 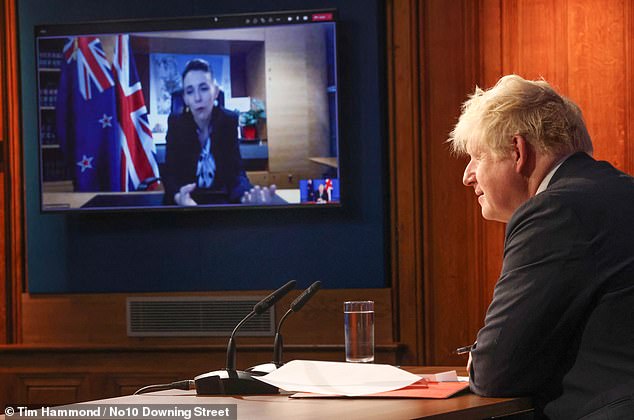 The haka is a type of ancient Māori war dance traditionally used on the battlefield, as well as when groups came together in peace.

Haka are a fierce display of a tribe’s pride, strength and unity.

The words of a haka often poetically describe ancestors and events in the tribe’s history.

Today, haka are still used during Māori ceremonies and celebrations to honour guests and show the importance of the occasion. This includes family events, like birthdays and weddings.

Britain must ‘acknowledge Ngati Toa Rangatira’s [the leaders of the Ngati Toa tribe] guardianship of the haka’, according to the deal.

‘We must be looking at cultural appropriation – not misappropriation, treating it with a lot more respect and I’m glad that a lot more people are,’ he said.

‘You’ve got to understand the concept of haka, and what it’s about. It’s not a commodity to be used in that sort of space, it’s a taonga [treasure] that’s been gifted to the All Blacks by Ngati Toa and Aotearoa and we’re really proud of it.’

However, English rugby chiefs insisted that the new stipulation would not adversely affect the behaviour of players on the pitch.

In 2019, England captain Owen Farrell stood at the front of a V-shaped formation when facing the haka before their World Cup semi-final victory, and grinned and winked while it was being performed.

The team was later reprimanded and fined because World Rugby regulations state opponents must not cross the halfway line.

England insiders dismissed the notion that players would shy away from taking such a stance again, insisting ‘any response on pitch isn’t cultural appropriation as we wouldn’t imitate the haka’.

It came as British farmers blasted the new deal, warning that cheap lamb will damage livelihoods.

The agreement will phase out quotas on lamb, beef and dairy products over 15 years – prompting fears that meat produced at a lower cost than is possible in Britain could flood the market.

National Farmers’ Union president Minette Batters said the UK should be ‘very worried’ about the deal. She told the BBC: ‘It will have a massive impact because we have fully liberalised our marketplace.

‘Not just on lamb, but on dairy – we have the highest standards of any country on dairy, we have very high costs of production here… trade must be fair… our Government must now explain how these deals will tangibly benefit UK farming.’ 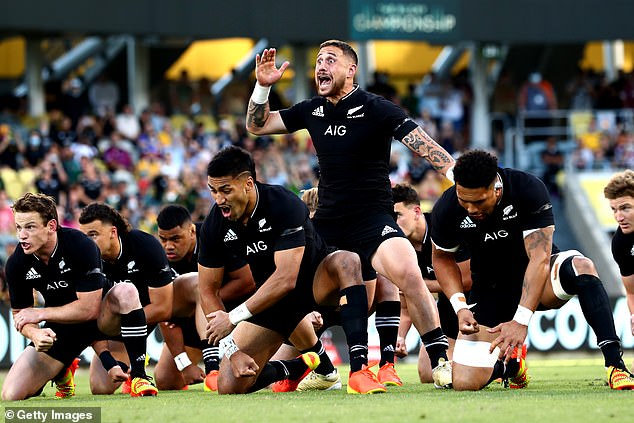 New Zealand’s meat is cheaper to produce due to factors such as a milder climate, higher yields and lower disease rates.

Labour argued the deal would undermine the competitiveness of farmers and the standards they are required to maintain.

International trade spokesman Emily Thornberry told MPs: ‘According to the Government’s own forecast, this deal will lead to reductions in growth and jobs in the UK farming sector.’

But International Trade Secretary Anne-Marie Trevelyan replied: ‘We will never compromise food standards for food coming into the UK.’

The deal will see tariffs of up to 10 per cent removed on UK exports, including clothing and footwear. It will also be easier for Britons to live and work in New Zealand.

Popular products from New Zealand, including manuka honey and kiwi fruit, will be cheaper to buy here, while tariffs of up to 20p will be removed from bottles of wine.

Although British trade with New Zealand is only worth about £2.3billion a year, negotiators hope that it will help the UK to be accepted into the mammoth Comprehensive and Progressive Agreement for Trans-Pacific Partnership, a trade bloc which includes Australia, Canada, Japan, Singapore, Brunei, Chile, Malaysia, Mexico, New Zealand, Peru and Vietnam.