‘I legged it’: Dog walker films huge chunk of Cornish cliff collapsing onto beach below – before running away in case more followed

This is the dramatic moment an enormous chunk of Cornish cliff collapsed onto the beach below – causing a dog walker to run away in fright.

The clip, filmed at the Lyntone Cliffs near Bude, Cornwall, captures the rock as it suddenly breaks away and tumbles down a cliff edge.

The land begins to slowly edge away from the grass before dramatically plunging to the ground – causing a loud crash as it falls. 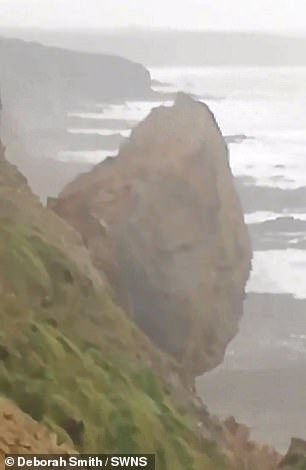 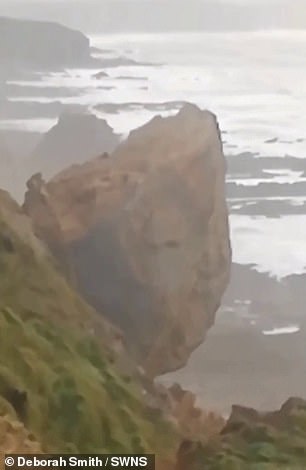 The clip, filmed at the Lyntone Cliffs near Bude, Cornwall, captures the rock as it suddenly breaks away and tumbles down a cliff edge

Deborah Smith had been walking her dog nearby when she saw parts of the ground begin to fall on Monday.

She said: ‘I’ve never walked that particular area before and I was just wandering along taking pictures of the sunset, like you do.

‘I saw some little chunks of the cliff fall off and roll down so I started to video it.

‘Then the massive bit just collapsed, it was so scary – I legged it away.

Ms Smith then looked around to see if anyone else had witnessed the dramatic crash. 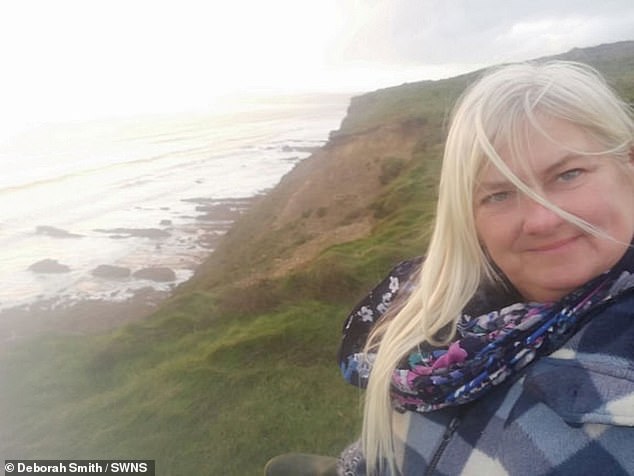 She said: ‘There was no one else there – I kind of wanted someone else to have seen it as well as me.

‘I did stop a jogger to tell her that part of the cliff had collapsed but she just waved at me and I don’t think she knew what I was saying.

‘I definitely didn’t expect to see something like that happen.’

The manager of the nearby Elements Hotel and Restaurant said he was not aware of the collapse but was not surprised by it. 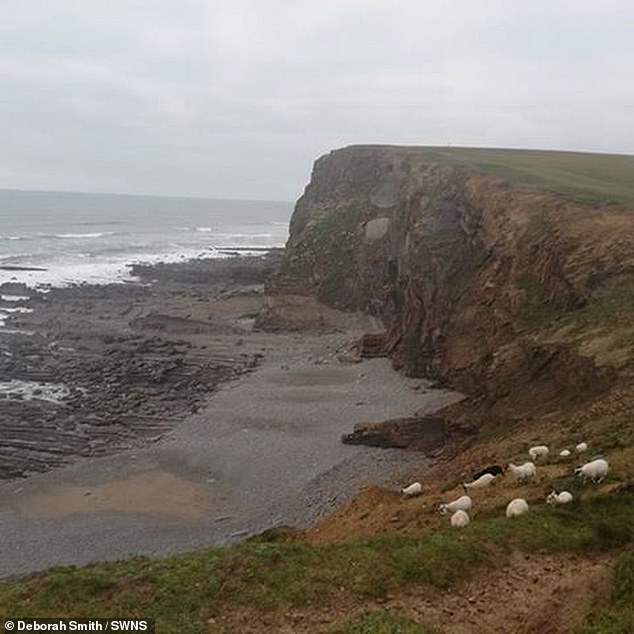 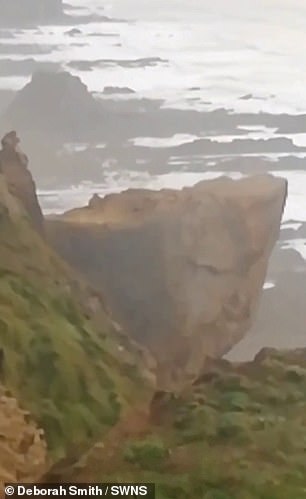 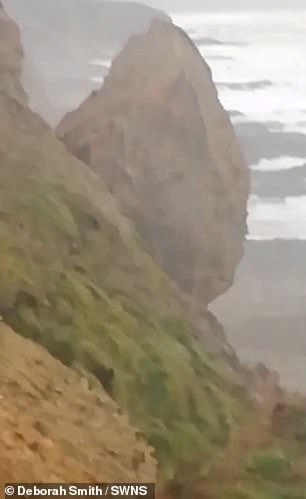 Ms Smith can be heard saying ‘I’m getting out of here!’ as the rock begins to fall from the clifface

He said: ‘It’s not far away from us at all, just down the road.

‘That area is prone to this sort of thing and with the wet and windy weather we’ve been having I can’t say I’m surprised.

‘A similar thing happened about three or four years ago when bits of the cliff collapsed during a really bad spell of weather.’

A spokesman for Falmouth Coastguard confirmed it had no reports of any incidents as a result of the cliff collapse.