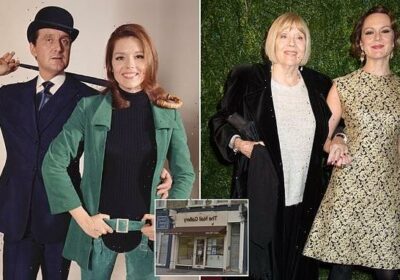 The Avengers star Diana Rigg leaves £3million of her fortune to her actress daughter Rachael Stirling – and £5,000 to beautician from her local nail salon

The Avengers star Dame Diana Rigg has left £3million of her fortune to actress daughter Rachel Stirling – and a £5,000 gift to a beautician from her local nail salon.

Dame Diana rose to fame in the 1960s and 1970s after starring as leather-clad Emma Peel in cult series The Avengers and James Bond’s doomed lover in On her Majesty’s Secret Service.

In a will signed days before her death, she left the vast bulk of her fortune, including properties in France and the United States, to 44-year-old daughter Rachael Stirling. 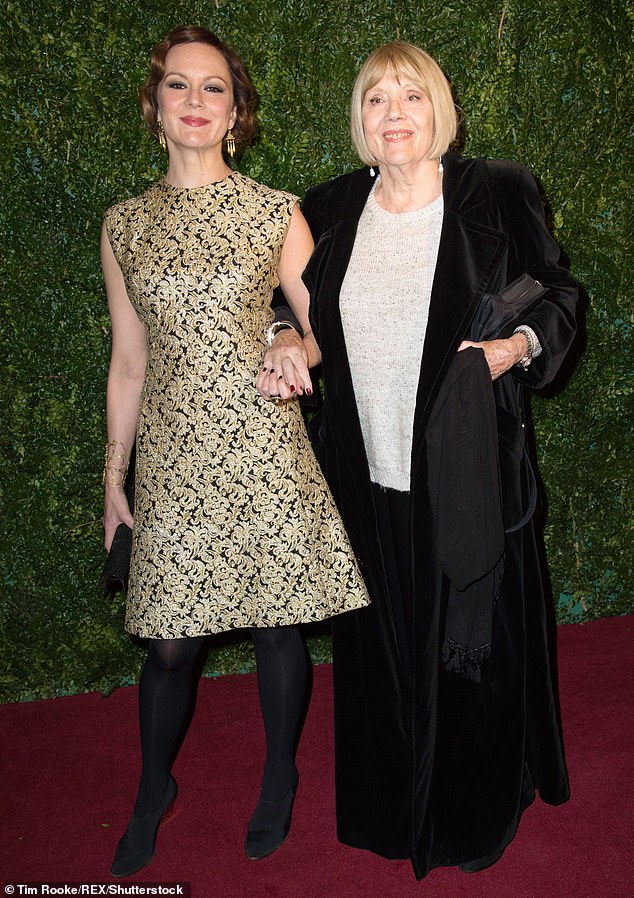 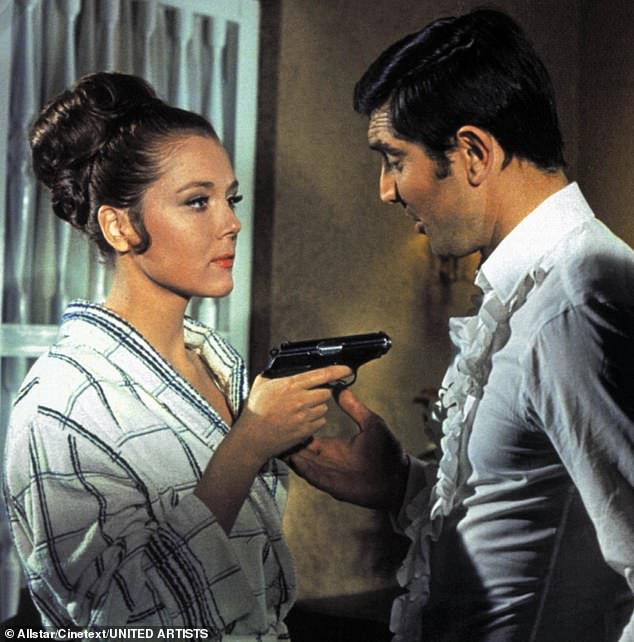 Rigg and her co star George Lazenby in the 1969 James Bond movie, On Her Majesty’s Secret Service 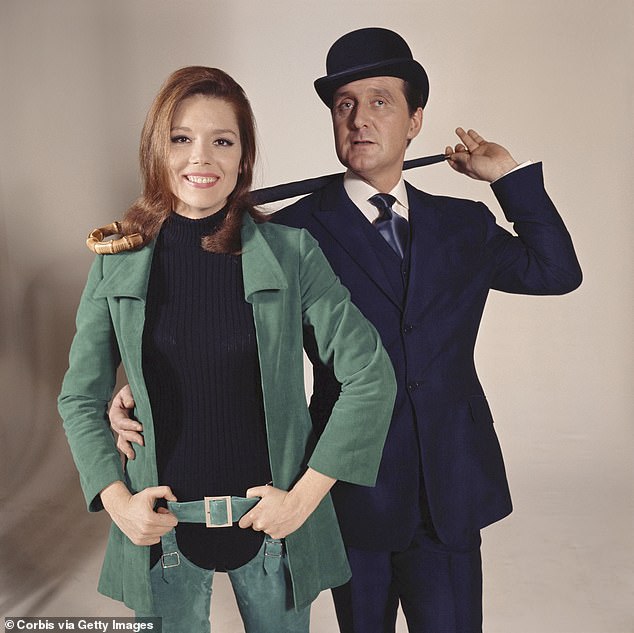 Dame Diana poses alongside co-star Patrick Macnee on the set of The Avengers, a series that saw her rise to fame 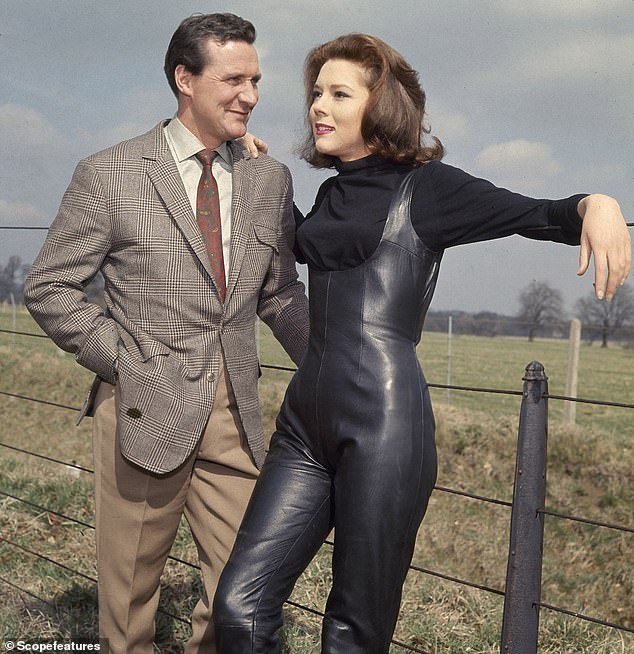 Rigg starring alongside co-star Patrick Mcnee in the original TV hit series, The Avengers in 1966

Following in the footsteps of her mother, Ms Stirling has also forged a successful career as an actress.

She has starred in numerous stage and screen dramas including Snow White and the Huntsman, Detectorists, Tipping the Velvet and Doctor Who.

Rachael Stirling, 43, was initially known only for being the daughter of a famous actress. However, she has since risen to acclaim with starring roles on stage and television, most notably ITV drama Hollington Drive.

She is married to Elbow frontman Guy Garvey and together they have a son, Jack, who was born in April 2017.

The actress has most notably appeared in Snow White and the Huntsman, Tipping The Velvet, Detectorists and The Bletchley Circle.

Ms Stirling was appointed her mother’s executor alongside Lady Sarah Keswick, daughter of the Earl of Dalhousie.

On top of the £3m fortune for her daughter, Dame Diana also left £280,500 to relatives and charities.

This included £50,000 to both Great Ormond Street Hospital and the St Christopher’s Hospice in south east London, as well as £20,000 to the Earl’s Court Youth Club.

Other financial gifts included £5,000 to ‘Jessica of the Nail Gallery at 300 Fulham Road, London’, and £500 to the Other Club – a dining society set up by Winston Churchill in 2011 which meets at the Savoy Hotel.

Dame Diana, who lived in Cornwall Gardens, west London, also asked that £500 from her will be used to ‘provide wine at the next gathering after my death and for me to be acknowledged in the menu but not toasted’.

Born in Yorkshire, she spent part of her childhood in India before beginning a career in acting that spanned television, cinema and the stage after training at the Royal Shakespeare Company.

She won Bafta, Emmy and Tony awards and earned worldwide acclaim for her role as Bond girl Tray di Vicenzo – becoming only the second Bond girl to marry 007.

Rigg was made a dame in 1994 for services to drama.

She worked with Rachael on 2014 BBC comedy series the Detectorists, playing a mother and daughter in the show.

Ms Stirling paid tribute to her mother last year with a moving photo of the pair in their younger years.

She wrote: ‘My Beloved Beautiful Brave and Brilliant Mama. Missing you already. X’ 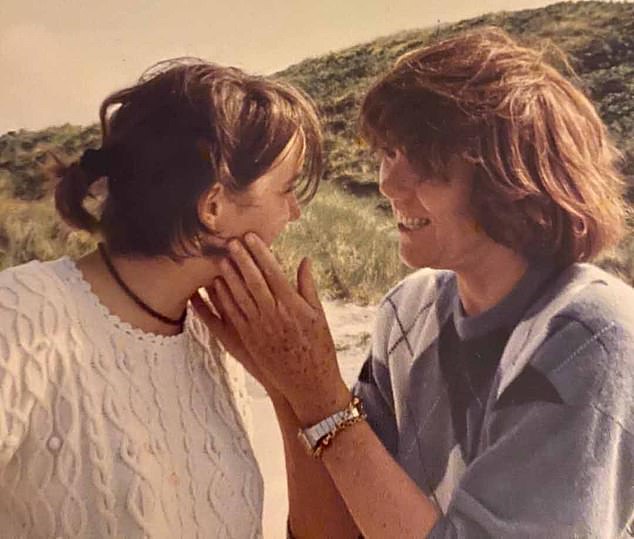 Ms Stirling shared a moving picture of her and her mother Diana Rigg, paying tribute to her ‘Beloved Beautiful Brave and Brilliant Mama’ 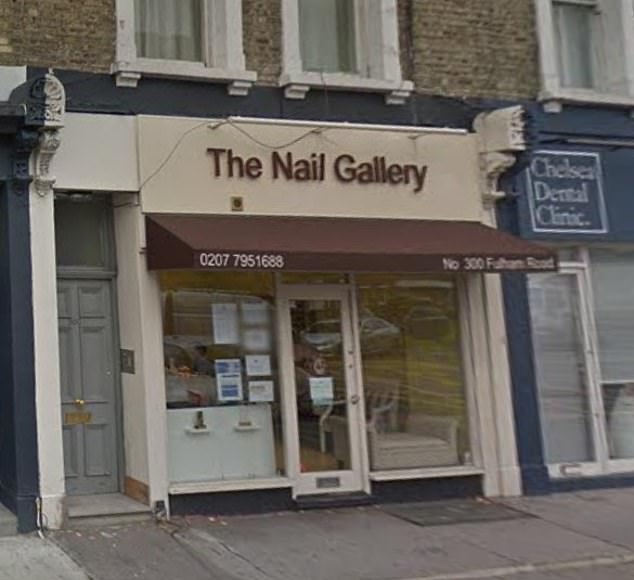 The Nail Gallery at 300 Fulham Road, west London, where Dame Diana has left a £5,000 gift for a beautician named ‘Jessica’ 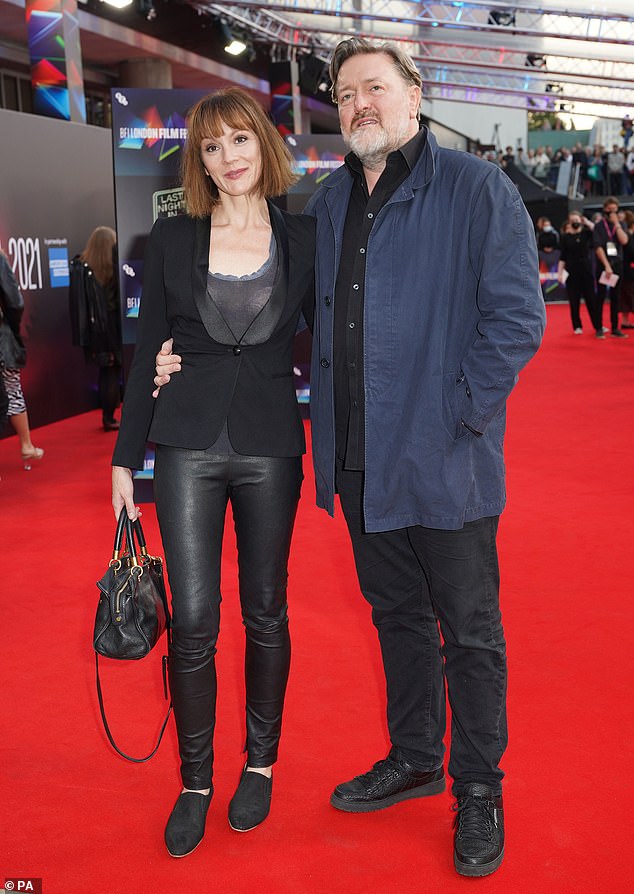 Rachael Stirling and Guy Garvey attend the European premiere of ‘Last Night in Soho’, at the Royal Festival Hall in London on October 9

Paying tribute after her death, Jonathan Kent, who directed Dame Diana in Medea, said: ‘Her combination of force of personality, beauty, courage and sheer emotional power, made her a great classical actress – one of an astonishing generation of British stage performers.’

Bond producers Michael G Wilson and Barbara Broccoli remembered Dame Diana for playing the only woman to have married 007.

They said: ‘We are very sad to hear of the passing of Dame Diana Rigg, the legendary stage and screen actress who was much beloved by Bond fans for her memorable performance as Tracy di Vicenzo in On Her Majesty’s Secret Service, the only woman to have married James Bond.

‘Our love and thoughts are with her family and friends at this sad time.’