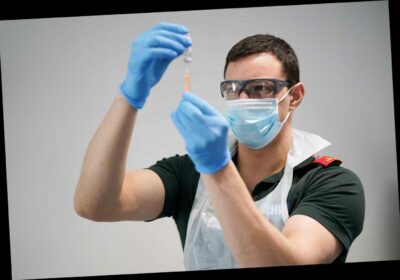 DENMARK is the latest country to halt the use of the Oxford/AstraZeneca Covid vaccines over fears of fatal blood clots.

It comes after Austria, Estonia, Lithuania, Luxembourg and Latvia have suspended use of the same batch following a handful of dangerous blood clotting conditions in people who had recently had the jab. 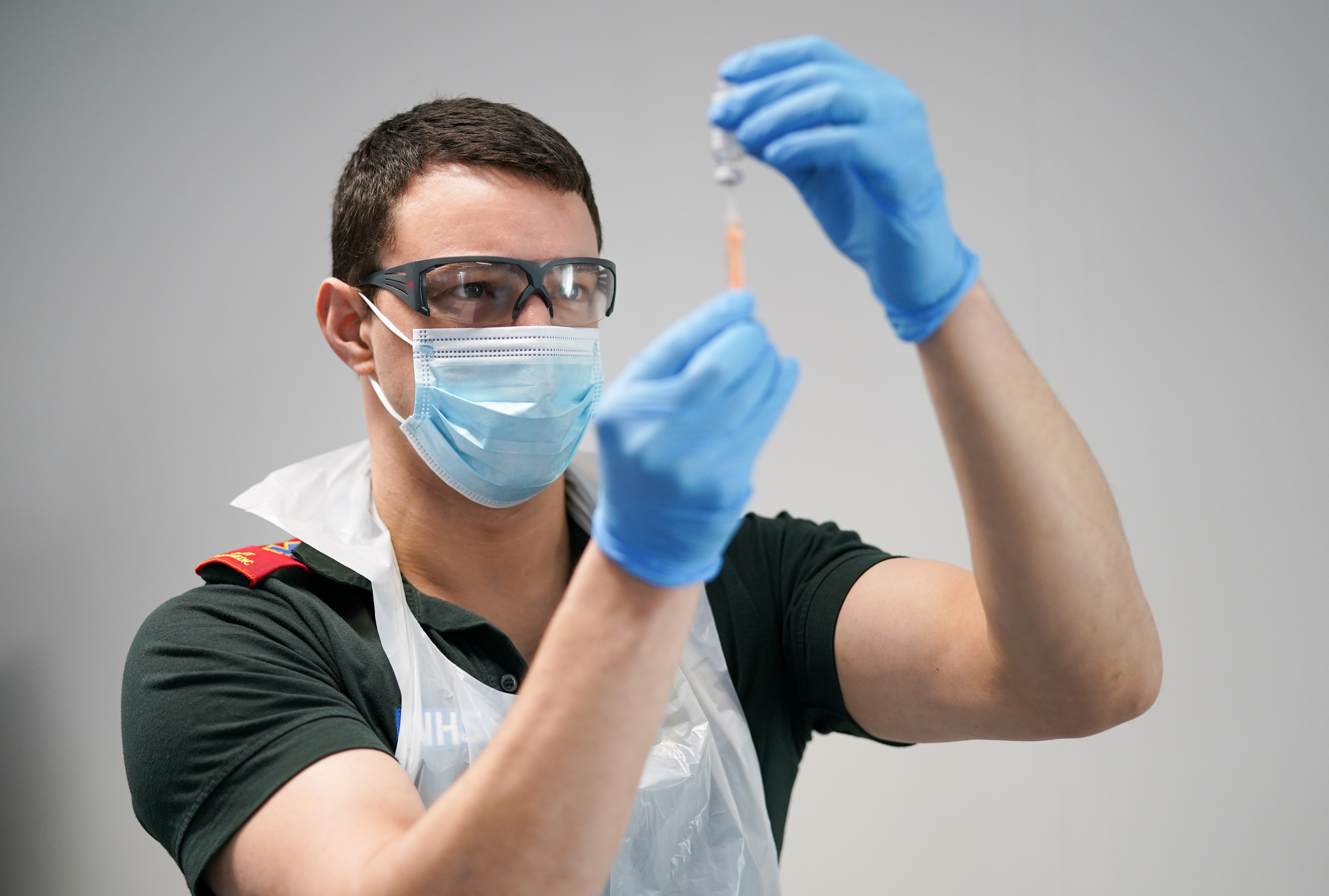 Experts say the move is "super cautious" – and may even be too strong if it denies people a life-saving jab.

The European Medicines Agency (EMA) said as of Tuesday, there had been 22 reports of blood clotting conditions among the three million people to receive the AstraZeneca jab in the European Economic Area.

One person in Austria died of multiple thrombosis – formation of blood clots within blood vessels – 10 days after their vaccine.

A second patient was diagnosed with pulmonary embolism – where blockages form in the arteries in the lungs – but is now recovering.

As of Tuesday this week, two other clotting conditions had been identified in patients in Austria that had received a dose from the same batch.

The EMA said the batch – labelled ABV5300 and comprised one million doses – had been delivered to 17 EU countries.

But it said currently, there is no evidence that the vaccine caused the conditions.

Thrombosis – the medical term for blood clotting – is not listed as a potential side effect of the vaccine.

It could be a coincidence that the patients' developed the life-threatening conditions – for which there are many risk factors – for other reasons.

But the EMA’s Pharmacovigilance Risk Assessment Committee (PRAC) will conduct an investigation while countries hold off using the doses.

The EMA said: “Although a quality defect is considered unlikely at this stage, the batch quality is being investigated.”

It said PRAC were investigating the thrombosis conditions linked to the same batch as well as all other reports of thrombosis and related blood clotting conditions reported post-vaccination.

“The information available so far indicates that the number of thromboembolic events in vaccinated people is no higher than that seen in the general population,” it said.

The EMA said further information would be released as the investigation progresses.

An AstraZeneca spokesperson said: “Patient safety is the highest priority for AstraZeneca.

"Regulators have clear and stringent efficacy and safety standards for the approval of any new medicine, and that includes Covid-19 Vaccine AstraZeneca.

What could happen after a Covid vaccine?

According to the NHS, most side effects of the Covid-19 vaccine are mild and should not last longer than a week, such as:

If you have a high temperature you may have coronavirus or another infection.

If your symptoms get worse or you are worried, call 111.

If you have a history of allergic reactions

The NHS says tell healthcare staff before you are vaccinated if you've ever had a serious allergic reaction.

You should not have the Covid-19 vaccine if you have ever had a serious allergic reaction (including anaphylaxis) to:

The approved Covid-19 vaccines do not contain any animal products or egg and those who have food allergies are allowed to get a jab.

The NHS says all vaccines are thoroughly tested to make sure they will not harm you or your child.

It often takes many years for a vaccine to make it through the trials and tests it needs to pass for approval.

But scientists have been working at speed to develop a Covid jab in under one year.

This has been possible because of huge funding, global collaboration, and because there was high transmission of the virus globally to test it.

Experts have said "no corners have been cut" in testing Covid vaccines.

Once a vaccine is being used in the UK it's also monitored for any rare side effects by the Medicines and Healthcare products Regulatory Agency (MHRA).

Prof Stephen Evans, Professor of Pharmacoepidemiology, London School of Hygiene & Tropical Medicine, said: “This is a super-cautious approach based on some isolated reports in Europe.

“The first thing to do is to be absolutely certain that the clots did not have some other cause, including Covid-19.”

Prof Evans said the “risk and benefit balance is still very much in favour of the vaccine in my view”.

He said if there was no shortage of alternative vaccines, then the “extreme precautionary approach as taken in Denmark may be justified”.

“If however this action stops some people getting the vaccine who are then vulnerable to Covid-19, then it is a mistaken use of precaution”, he said.

“As far as one can tell there has not been a ‘signal’ of such problems in the UK and even if there were a ‘signal’, based on spontaneous reports, there needs to be a proper, rapid, epidemiological study to see if it is coincidence or not.”

Millions of Brits have received the AstraZeneca vaccine alongside the jab from Pfizer – both of which have been rigorously tested to ensure they are safe.

It’s normal for side effects to occur after vaccination, the most common being pain at the site of injection, fatigue and a fever.

In clinical trials, one in ten people who had the AstraZeneca vaccine suffered tenderness at the injection site, generally feeling unwell, fatigue, chills, a headache, nausea or muscle pain.

There were no events of blood clotting in the trials of tens of thousands of people across the globe.

According to the MHRA, 143 Brits have died shortly after having their Covid jab. But it said the vaccines are “safe” and didn't play a role in the deaths.

Sir John Bell, regius professor of medicine at Oxford University and a member of the Government's vaccine taskforce, has previously said any vaccine side effects of Covid vaccines "should be apparent within two to three months".

Speaking to BBC Radio 4's Today programme, he said: "One always worries about side-effects from vaccines.

"I suspect that we will work through any issues about side-effects pretty quickly."

Previously, the Pfizer vaccine was investigated after a spate of deaths in elderly people in Norway.

But the Norwegian Medicines Agency concluded there was no "direct link" between the jab and the 33 deaths.

All of those who died were care home patients over the age of 80, and were already sick, the agency said.

"We are not alarmed. We can't say that people die from the vaccine.”

He said administering the vaccine could "tip the [already sick] patients into a more serious course of the underlying disease", saying "we can't rule that out".

Despite rife misinformation about vaccines, Brits have proven to be keen to get their jab, to the relief of ministers.

Vaccines minister Nadhim Zahawi told MPs yesterday that 94 per cent of the UK adult population had said they were likely or very likely to take up the coronavirus vaccine.

He told the Commons Women and Equalities Committee: “When I took this job on back in mid-November, I think if you look at the ONS data or other published polls, vaccine positivity was in the high 70s, touching 80 per cent.

“It’s now at 94 per cent of the UK adult population saying that they are likely or very likely to take the vaccine.

“I think that is, for your committee, the best measure that the strategy is working, watching that number continue to climb – the highest probably in the world, I think, if I’m not mistaken, in terms of vaccine positivity.”