Lisa Vocale had fallen on hard times and the pitch sounded convincing: if she paid $2700, her negative credit rating would disappear.

Choking back tears, the 50-year-old told the credit repair specialist that she ran into financial trouble after her late husband demanded her wages to fuel his ice and gambling addiction. 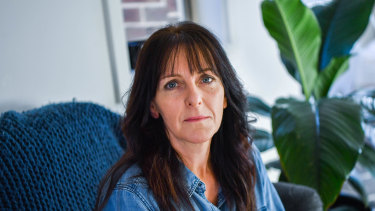 Lisa Vocale paid $500 to a debt management firm hoping her negative credit rating would be wiped. She is now being pursued for a further $2150 Credit:Joe Armao

The Melbourne childcare worker owed money to her son’s Catholic school and utility companies. When the coronavirus pandemic hit, her hours were cut.

“The woman on the end of the line sounded like she was my best friend,” Ms Vocale said.

“She said she was going to push the boundaries to get my credit wiped. She made me feel like I could trust her.”

As the number of Australians in financial distress escalates as a result of the pandemic, consumer advocates are sounding the alarm on unlicensed “debt vultures” – firms that charge upfront fees and promise to help people manage and restructure their debts, repair their credit rating, negotiate with banks or arrange repayment plans.

The Consumer Action Law Centre’s policy director Katherine Temple said she’d received a steady stream of complaints from people who had signed up to services from these companies and fallen into further debt. Their credit ratings hadn’t been wiped.

“They use high pressure sales tactics and promise the world," she said. "They convince people that their service is the way to get on top of their debt problems."

Ms Temple expects more people will fall victim to these services as the long-lasting economic impacts of the coronavirus pandemic become apparent.

She said many of these companies paid to appear at the top of search engines to ensnare people who were looking for advice on how to manage debt. 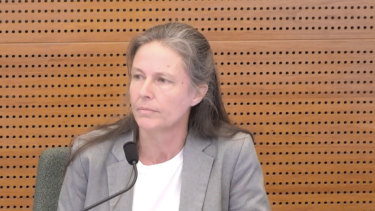 Karen Cox, the chief executive of the Financial Rights Legal Centre, said complaints about debt vultures were "incredibly active" at the moment.

One of the centre's clients recently agreed to pay a provider $4000 for credit repair services and then phoned the next morning to say he no longer wanted to proceed.

"They initially refused to give the money back and had not done any work," Ms Cox said.

In a separate case, a man was contacted by a debt management firm in July after appearing in court during bankruptcy proceedings.

He signed up to the service hoping to refinance his home loan and repair his credit. But he decided to withdraw from the service because it didn't seem to be helping and he was incurring more costs. "They said you owe us $9000 and we are taking a caveat over your home," Ms Cox said.

The federal government recently announced reforms aimed at strengthening protections for consumers who are targeted by predatory debt management firms. 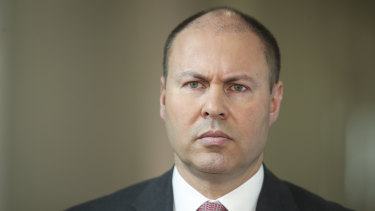 Treasurer Josh Frydenberg said the changes, which are set to take effect from April, would require debt management firms to hold an Australian credit licence and meet the ongoing obligations imposed on credit licensees.

“The Morrison government is implementing the most significant reforms to Australia’s credit framework in a decade to increase the flow of credit to households and businesses, reduce red tape and strengthen protections for vulnerable consumers," he said.

But Ms Cox said while the reforms were a step in the right direction, she was concerned they wouldn't cover credit repair and personal budgeting services.

Banks are also taking action as increasing numbers of customers seek financial hardship assistance, and defer loan repayments, due to the pandemic.

In July, the NAB said it would no longer deal with unlicensed debt management operators who took advantage of vulnerable customers looking for a quick fix. It said almost one in 10 of its customers in financial hardship were engaged with these companies.

These services can be obtained for free through financial counsellors.

Ms Vocale is in a new relationship and wants a clean credit rating so she can one day take out a loan to buy a car or house.

She's relieved she only handed over a $550 deposit to the debt management firm before her 24-year-old son became suspicious. He researched the company online and stumbled upon negative reviews from people who said they handed over money and their credit ratings were never wiped.

The firm is now pursuing Ms Vocale for a further $2150 which it says she owes.

It sent her an email saying it was important she paid the money to “prove that you’re not a lady of character who doesn't pay her bills”.

“I paid that $500 for nothing,” Ms Vocale said. “I spoke to them on the phone once, and then I backed out of it. It’s horrible the way they treat people. It shouldn't be allowed.”