Home » Deaths of Mom and Daughter Who Died in Her Arms During House Fire Were Homicides: Authorities

Deaths of Mom and Daughter Who Died in Her Arms During House Fire Were Homicides: Authorities 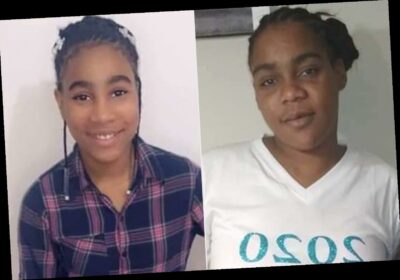 The deaths of a mother and her daughter, killed Sunday in a raging Chicago house fire, have been ruled homicides by local officials, who also determined the fire was intentionally started.

The Cook County Medical Examiner's Office performed autopsies on the bodies of Ieashia Ford, who was 34, and her daughter, Porsche.

The girl was initially reported to be 10-years-old, but the medical examiner lists her age as 15.

Four other people were injured in the blaze that gutted a single-family home in Chicago's Gresham section, according to the Chicago Fire Department.

Ford's relatives believe the fire was intentionally set, saying it followed hours after an argument between Ford and a man — who was one of the four individuals taken to the hospital for treatment Sunday.

"He was sending her text messages and threatening her," family member Felicia White told WLS-TV. "That he was going to set her house on fire.""He killed my two cousins," added David Wilson, another of Ford's relatives. "Her and her daughter."

"He killed my two cousins," added David Wilson, another of Ford's relatives. "Her and her daughter."

At this point, no criminal charges have been filed in connection with the deadly fire.

According to Ford's cousin Darryl Fields, investigators told him Ford and her daughter were asleep when the early morning fire started.

"She went back in to get her daughter," Fields said, of Ford. "They passed away in the doorway and she had the baby in her arms."

Ieashia is survived by another daughter, two sons and a grandchild.