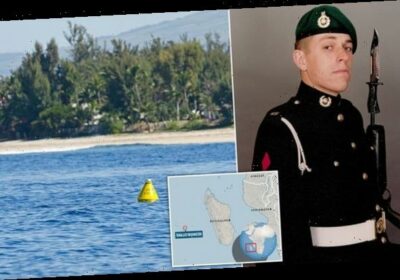 Death of ex-Royal Marine, 33, is ruled ‘unlawful killing’ almost ten years after he was stabbed, beaten and dumped in a ravine during night out on French paradise island

The death of a former Royal Marine has been ruled an ‘unlawful killing’ almost ten years after he was stabbed, beaten and dumped in a ravine.

Carl Davies, 33, was found dead on the south Indian Ocean island of Reunion on November 9, 2011 – two days after disappearing from a night out with colleagues.

Today a coroner in Britain ruled Mr Davies’ cause of death was head injuries following a ‘vicious assault’ which left him with severe cranial wounds.

The former teacher’s family have led a campaign to get British authorities to intervene after a French national was released just four months into a 15-year sentence when he succesfully appealed his conviction for the muder. 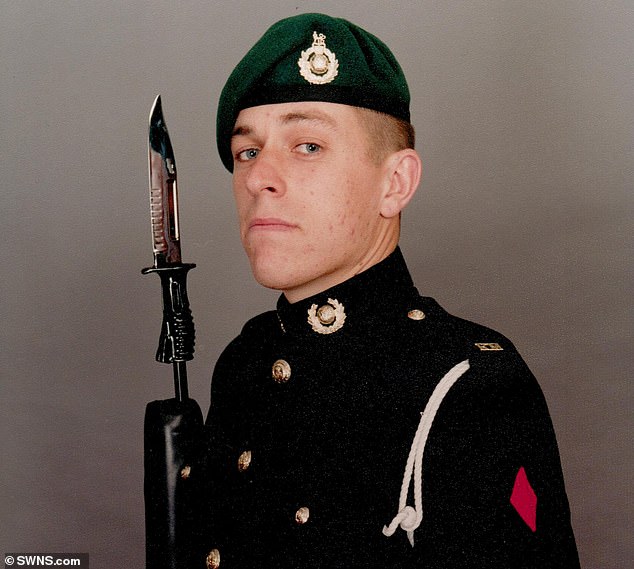 Carl Davies (pictured), 33, was found dead on the south Indian Ocean island of Reunion on November 9, 2011 – two days after disappearing from a night out with colleagues

At the time of his death, Mr Davies was working as a security guard on the Atlantic Trader cargo ship to protect it from Somalian pirates.

The vessel docked on the island of Reunion on November 7, 2011, where Mr Davies headed out for the night with two colleagues. The group visited bars and clubs before being split up before midnight.

At the end of the night Mr Davies’ colleagues returned to the ship and the following day it left without him.

An inquest at Maidstone’s Archbishop’s Palace today heard Carl’s body was found by a storm drain near Lambert Barracks two days later, on the morning of November 9.

After an initial medical examination it was believed he died after suffering head injuries from a fall from height.

A year later it was concluded the head injuries were the result of two to four blows to the skull. A French court ordered a post mortem and a stab wound was found on Mr Davies’ left side. 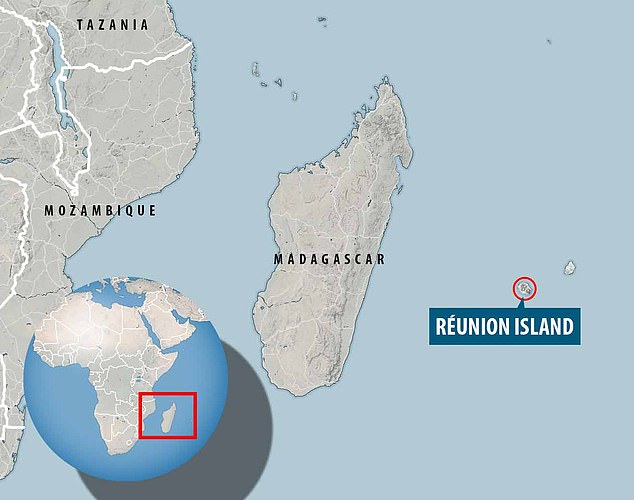 An inquest at Maidstone’s Archbishop’s Palace today heard Carl’s body was found by a storm drain near Lambert Barracks on the island (pictured) two days later, on the morning of November 9

It is thought he was hit with a blunt object and possibly stabbed with a screwdriver.

A murder investigation was launched, which led to French authorities scouring through CCTV, making door-to-door inquiries and interviewing 69 people.

Documents from French police revealed a group of youths were known for attempting to rob people outside Le Loft nightclub, one of the venues Mr Davies had visited, according to a report from Kent Police’s detective chief inspector Gavin Moss.

An interview with a potential suspect revealed one gang member attempted to rob a British tourist but was ‘knocked out’.

He went on to tell police other members of the gang attacked the victim, stabbing him with a screwdriver and hitting him round the head with a champagne bottle.

Although the suspect could not be sure the person who was attacked was Carl Davies, records from DCI Moss’s report explained the description given matched him.

Vincent Madouré was found guilty of Carl’s murder in June 2017, but was released in October under appeal and acquitted of all charges in May 2019. 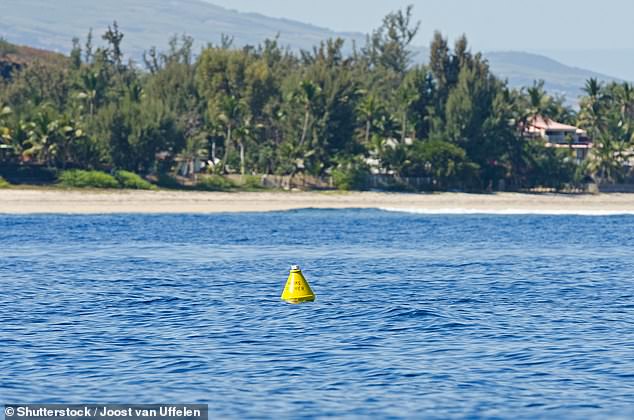 The vessel docked on the island of Reunion (pictured) on November 7, 2011, where Mr Davies headed out for the night with two colleagues. The group visited bars and clubs before being split up before midnight

He was one of four men who were arrested and charged in 2013, but all charges were dropped against the other three and only Madouré was put on trial, where he was initially sentenced to 15 years in jail.

Ahead of the retrial Mr Davies’ family, who were from Sittingbourne, Kent, but now live in Scotland, rallied against the decision – holding protests, leading petitions and appearing on a number of TV shows to continue their fight for justice.

His parents Andy and Maria Davies and his sister, Kerrie Stewart, appeared via video link for the hearing at Maidstone’s Archbishop’s Palace today.

Speaking before the inquest, Kerrie said: ‘It’s taken so long for Carl’s inquest to take place because the investigation over on the Reunion island took so long and, obviously, we had two trials.

‘It was meant to happen last year, but it was delayed due to the coronavirus.

‘I am not sure what difference and what outcome today will make. I think it’s a formality, to close the case here, but we will continue to pursue things over in Reunion island. We will never stop.’

The 40-year-old added: ‘It doesn’t really make a massive difference because there is nothing that can be done over here.

‘It’s a bit of a peace of mind that things are moving again, and Carl hasn’t been forgotten. We are 10 years in November but we are pursuing it like we were in the beginning.

‘They will be brought to justice, they have to, they can’t get away with what they did to Carl. It’s murder. It wasn’t accidental.’

Mr Davies, who lived in Sittingbourne, completed tours in Northern Ireland and Iraq and was tipped for a commander role before he changed careers and went into teaching.

Concluding the inquest coroner Patricia Harding said: ‘Carl Davies was subject to a vicious assault, with the assault carried out by a blunt instrument and screwdriver.

‘Sadly we will never fully know what happened to poor Carl Davies on that fateful night. I want the family to know how very sorry I am for their loss.’

He said: ‘I just want to express our gratitude and thanks to them for their work. When everyone else around us was failing they remained excellent and professional.’