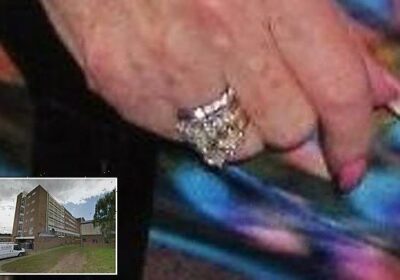 Dead woman’s engagement and wedding rings worth £13,500 are stolen from her hand in hospital – as her grieving husband appeals for their return

A heartbroken husband has been left ‘incredibly distressed’ after his wife’s engagement ring and wedding ring, worth a combined £13,500, were stolen from her dead hand in hospital.

Essex Police said that the woman, in her 80s, was admitted to the Princess Alexandra Hospital in Harlow after an accidental fall at her home on March 6.

She died three days later with her husband by her side, the force said.

When he returned to the ward to collect her personal items he noticed that the rings were missing. 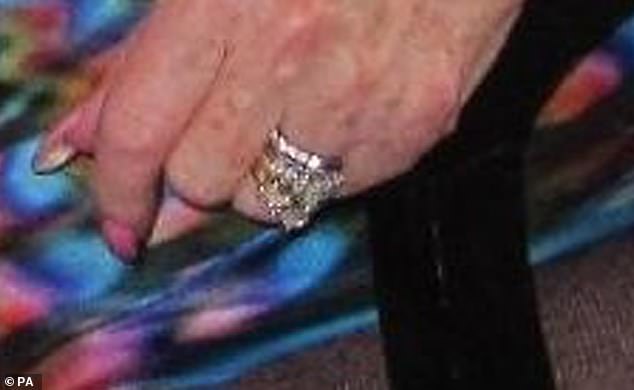 The woman’s engagement ring and wedding ring (pictured), worth a combined £13,500, were stolen from her dead hand in Princess Alexandra Hospital in Harlow, Essex, after her death

Police said that the rings were on the woman’s hand when she was admitted to hospital and they were never removed during any treatment.

PC Daniel Burns, of Harlow local policing team, said: ‘These two rings are very special to the husband as they were both engagement and wedding rings and were bought for her in America. 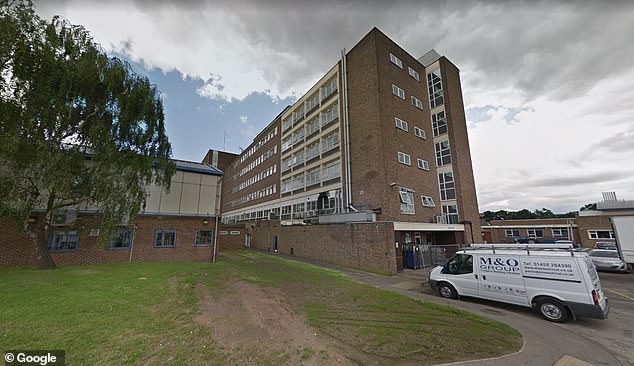 Essex Police said that the woman, in her 80s, was admitted to the Princess Alexandra Hospital in Harlow, Essex, (pictured) after an accidental fall at her home on March 6

‘The husband is, of course, incredibly distressed and upset by this.

‘We are looking to speak to anyone who might have any information on the whereabouts of these rings or if anyone has attempted to sell them on.’

Anyone with information on the rings is asked to call police on 101 or Crimestoppers anonymously on 0800 555 111.