Davos gets underway without Russia after ban over war in Ukraine 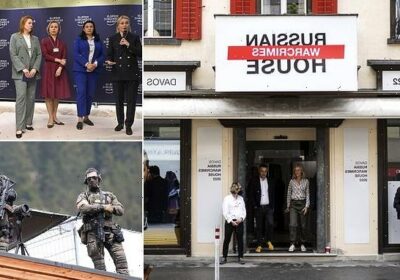 Political and business elites from around the globe have landed in Davos for the World Economic Forum which kicks off today is set to be dominated by Ukraine.

Kyiv has dispatched a huge contingent of diplomats – led by foreign minister Dmytro Kuleba – as part of a charm offensive to secure new economic and military support to win the war. President Volodymyr Zelensky will also give a video address later today.

But Russia will not be present at the four-day event, as it has been in past years, after organisers banned the country over the invasion in perhaps the starkest sign yet of Putin’s economic and geopolitical isolation.

‘The major request to the whole world here is: do not stop backing Ukraine,’ lawmaker Ivanna Klympush Tsintsadze told reporters on the eve of the summit. 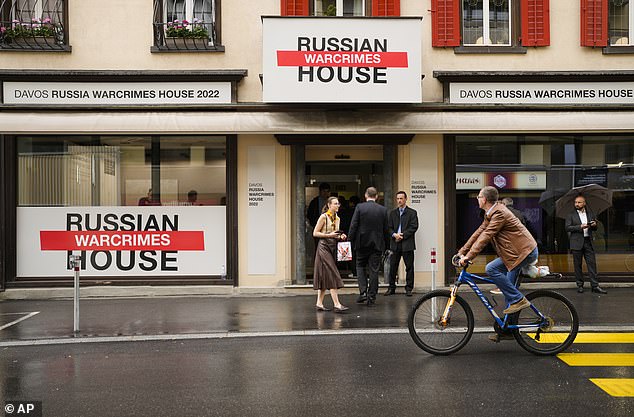 Russia House, a conference centre in Davos, Switzerland, typically used by the Russian delegation, has been turned into ‘War Crimes House’ after the country was banned 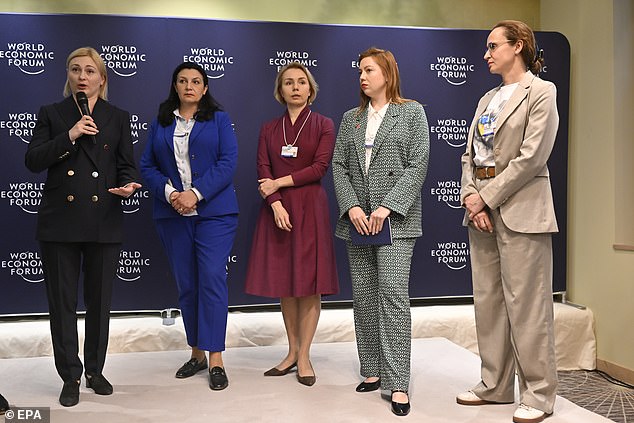 When the WEF last took place in Davos in January 2020, the coronavirus was just brewing in China before morphing into a devastating pandemic.

But Russian business and political leaders, who used to participate in debates and mingle with other A-listers at champagne parties, have been barred this year in perhaps the starkest sign yet of Putin’s isolation on the world stage.

Another lawmaker, Anastasia Radina, appealed for NATO-style heavy weaponry to ‘win the war’. ‘We need weapons more than we need anything else,’ she said.

The Ukrainians have transformed the ‘Russia House’ in Davos – normally used by the Russian delegation – into the ‘Russia War Crimes House’ to promote their cause.

WEF founder Klaus Schwab said last week that Davos would do what it can to support Ukraine and its recovery.

‘Russia’s aggression on the country will be seen in future history books as the breakdown of the post-World War II and post-Cold War order,’ he said.

More than 50 heads of state or government will be among the 2,500 delegates, ranging from business leaders to academics and civil society figures.

While the summit is back, it lacks its usual snowy backdrop as the Omicron variant forced this year’s January meeting to be postponed until now. Instead, rain is forecast all week.

Climate change and concerns about the economic recovery from the pandemic are also at the forefront of the Davos talks.

Inflation has become a major concern as energy and food prices have soared further since Russia invaded Ukraine, raising fears of hunger in countries dependent on wheat from the region.

Global charity Oxfam warned Monday that 263 million people could sink into extreme poverty this year, at a rate of one million every 33 hours.

By contrast, 573 new billionaires have emerged during the pandemic, or one every 30 hours, Oxfam said as it called for taxes on the rich.

‘Billionaires are arriving in Davos to celebrate an incredible surge in their fortunes,’ Oxfam executive director Gabriela Bucher said in a statement.

‘The pandemic and now the steep increases in food and energy prices have, simply put, been a bonanza for them,’ Bucher said.

‘Meanwhile, decades of progress on extreme poverty are now in reverse and millions of people are facing impossible rises in the cost of simply staying alive,’ she said. 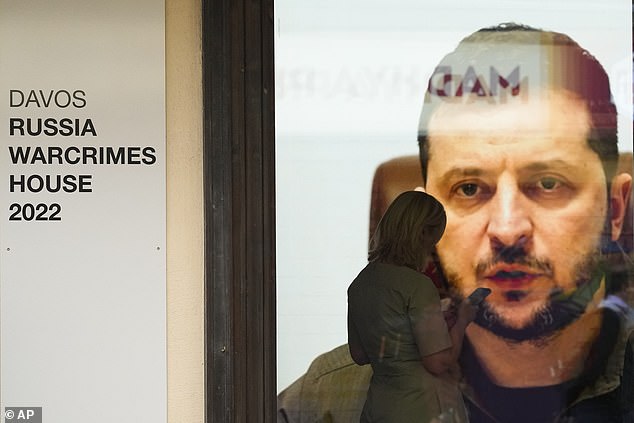 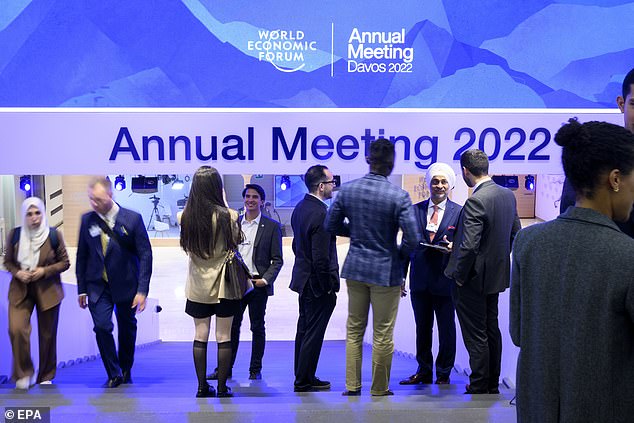