The double killer, 67, beat and strangled Wendy Knell, 25, and Caroline Pierce, 20, to death before sexually assaulting them in two separate attacks in Tunbridge Wells, Kent, in 1987. 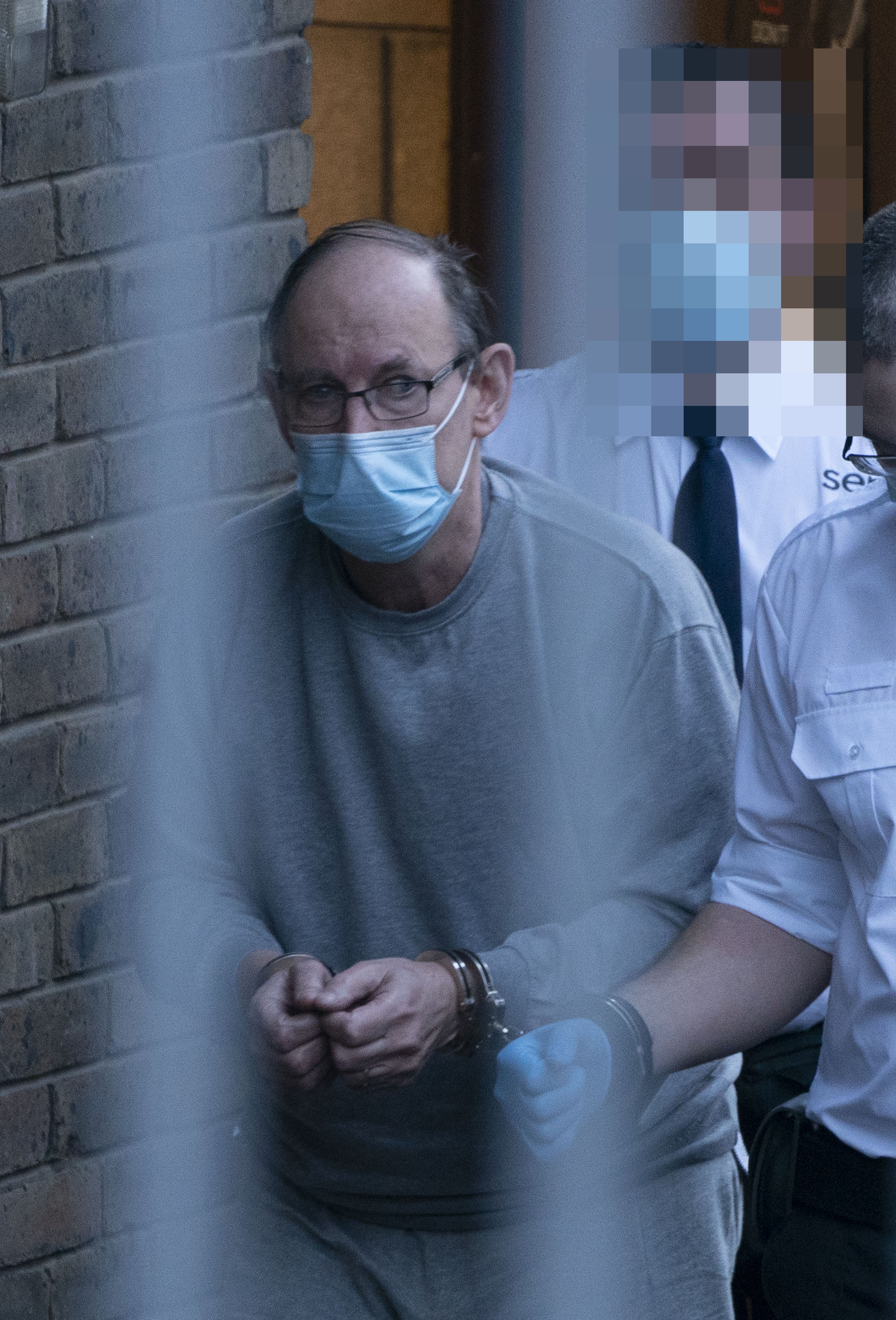 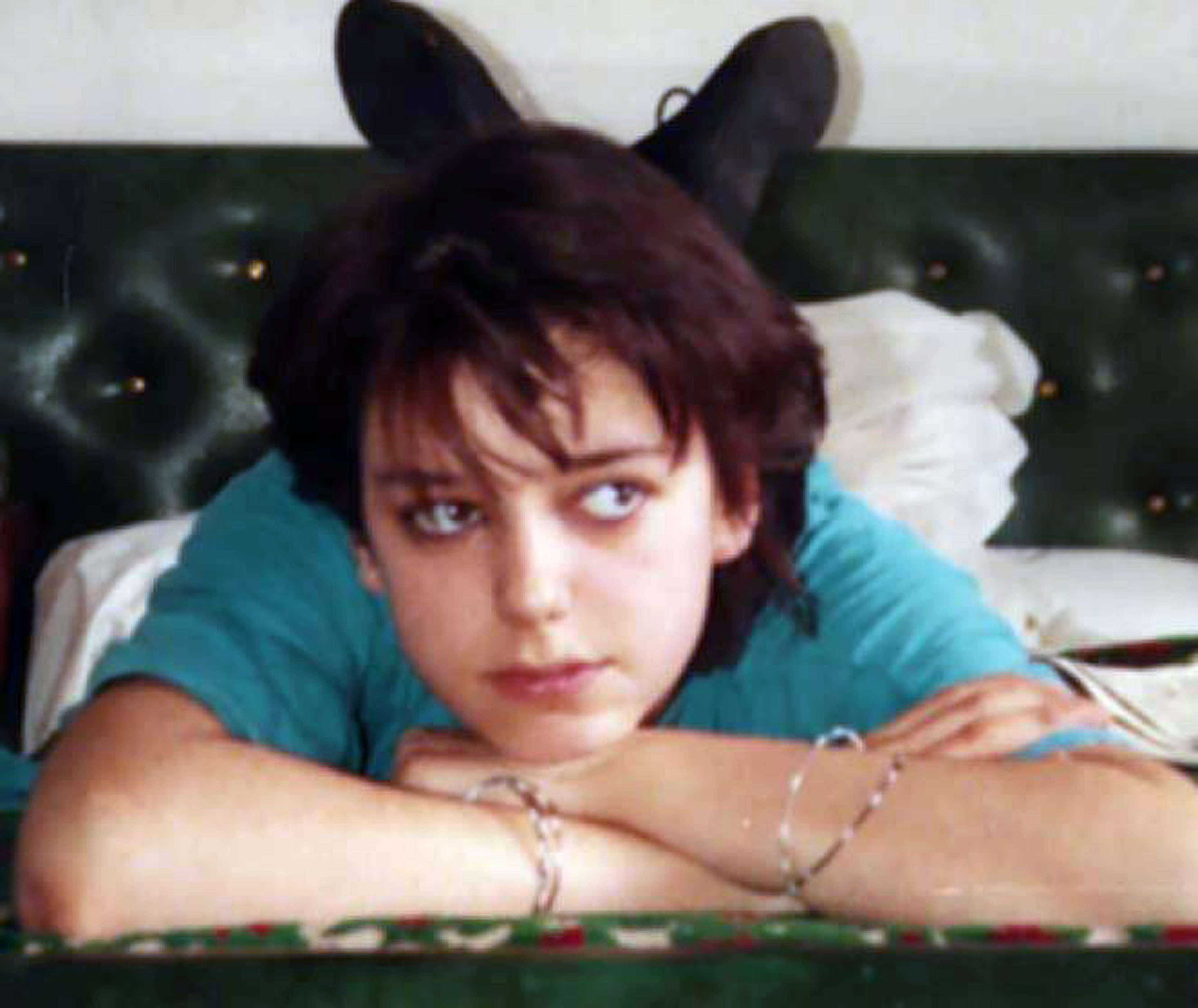 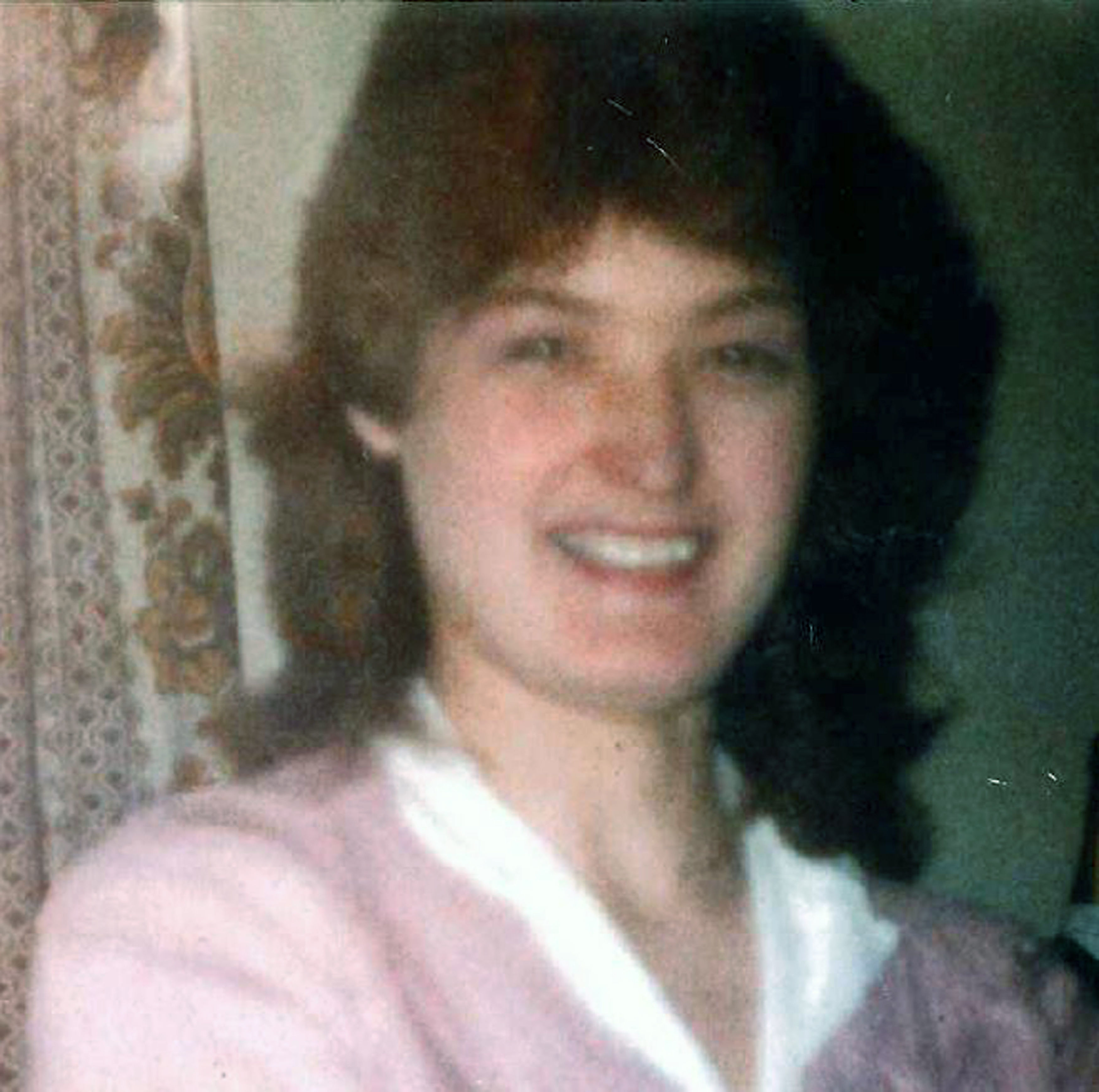 Electrician Fuller, known as the ‘Bedsit Killer’, was caught 33 years after the attacks when a DNA breakthrough linked him to the murders.

The slayings were one of the UK's longest unsolved double murder cases before Fullers arrest.

A search of his home, in Heathfield, East Sussex, on December 3 last year revealed dozens of sick videos of him abusing the bodies of dead women for over a decade.

Fuller initially pleaded guilty to the manslaughter of Ms Knell and Ms Pierce by diminished responsibility, but days into his trial he admitted murdering the two women.

He also pleaded guilty to 51 other offences, including 44 charges relating to 78 identified victims, including three children.

They include the sexual penetration of a corpse, possessing an extreme pornographic image involving sexual interference with a corpse and taking indecent images of children.

'I'LL LOOK AFTER HER'

Justice Cheema-Grubb QC today sentenced him to two whole life term for the murders at Maidstone Crown Court – meaning he will never be released.

Cowardly Fuller refused to look at the families of his victims as he was handed a 12 year sentence, to run concurrently, for the sexual offences between 2008 and November 2020.

Sentencing Fuller, Justice Cheema-Grubb branded him as “cunning and intelligent” and also as a “prowler” when he attacked Wendy and Caroline.

She added: "There are some crimes that are so wicked that even if the defendant died in prison that would not be a just term.

"You were described as a man good under pressure while in seclusion you committed acts of the deepest darkness.

"You became a vulture, picking your victims from among the dead within the hidden world of hospital mortuaries which you were free to inhabit simply because you had a swipe card.

"The depravity of what you did reveals your conscience is seared. You will spend every day of the rest of your life in prison."

Fuller filmed himself carrying out the attacks inside the now-closed Kent and Sussex Hospital and the Tunbridge Wells Hospital, in Pembury, where he worked in electrical maintenance roles since 1989.

Investigators have so far at least 102 potential victims but admitted all their identities may never be known.

It is also feared that the twisted necrophiliac raped countless more corpses, with a police helpline recieving at least 200 calls from people who felt that they had relatives who may have been defiled by Fuller.

Fuller had stored more than four million indecent images of children mostly downloaded from the internet.

The court heard that he had even taken pictures of a mortuary logbook to create his own horrific record of those he defiled.

His youngest victim was a nine-year-old girl, along with two other children who were aged 16.

The oldest victim was 100 years old, with Fuller sometimes violating the bodies more than once.

The court heard he then used mortuary records to log their details in his own notebooks, and even looked up some of his victims on Facebook.

So far only 82 of his victims have been identified from the horrific footage.

She doesn’t deserve what this animal did to her.

In a statement Katrina Frost, Caroline Pierce’s mum, said: “I have had to endure 34 years of not knowing why anyone would do this. I never forgot racing across Kent having to identify the damaged body of my own flesh and blood.

“I can still recall the horror of seeing her body and what happened to her.

“She didn’t deserve what happened to her or being taken away from her family.

"She doesn’t deserve what this animal did to her. She must have been terrified when she died. Life has never been the same again.

"Christmas time no get-togethers, no grandchildren, Mother’s Days are a bitter reminder of when Caroline’s funeral was held.

“Anniversaries, her birthday, the day her body was found goes on the same every year.

“Her grandparents never had grandchildren. The happiness went out of their lives when their daughter was murdered.”

Pamela Jones Knell, Wendy’s mother, told the court that she and her other daugher, Jane, discovered Wendy was murdered on the TV.

She said: “Wendy was caring and thoughtful at times, a bit scatty, a person who would do anything for anyone similar to me.

“She always wanted children. If she had children at least we would have had a part of her.

“I realised something went wrong, when I realised she never went to work that day. I never expected the reason would be that she was dead.

“You never expect to be told your daughter is dead. I went into autopilot. I was in shock. I did practical things like telling the rest of the family.

“Since then I have never had a good night's sleep. Even now I can’t go out alone. I get scared with strangers or if a man comes too close to me.

"Sometimes I want to end my life but I carry on. Sometimes I don’t want to live. I still say good morning and good night to her even to this day.

"Life carried on over the years but this has always stayed with me. Wendy’s murder ruined my life.

"Over the years I hoped the person responsible would be caught. I still can’t believe he’s been caught. I feel like a zombie.

"I’m glad he can’t hurt anyone else. It doesn’t make it any easier."

Others said that he captured the “heinous abuse” on camera to catalogue it “like a trophy”, adding that these crimes were “much worse” that their loved one’s initial death.

They added: "You have proved that monsters exist. You were cocky, arrogant and despicable. You are the worst of humanity."

Families of his victims said they felt that Fuller's “toxic” presence lingered over them and their loved ones, as well as suffering “immense pain” before being “consumed” with anger.

Another victim's family added: “It is incomprehensible someone would do something so horrific.

“It makes me feel physically sick and I will never mention that man’s name.”

The mum of sick Fuller’s youngest victim cried as she addressed the court, with the double murderer quickly glancing up at her.

She said: “Every day I would go to that mortuary and real human beings and staff members helped me dress her and I would kiss her for weeks.

“But now that special time is ruined because that disgusting man there did what he did.”

Fuller was caught when DNA found at the crime scenes provided a link to his brother more than 30 years later.

The sample from the sibling, who was not identified during legal proceedings, had been added to the police national database in 2012.

The jury heard that in October last year, a new familial elimination process was carried out by forensic experts.

This revealed Fuller's brother's DNA had 'some similarity' to the profile obtained but did not match.

However, when he gave another voluntary sample last year, further testing demonstrated that while he could be excluded as the killer, a male relative of his could not.

Fuller was arrested and his DNA swab matched semen and saliva found at the crime scenes. 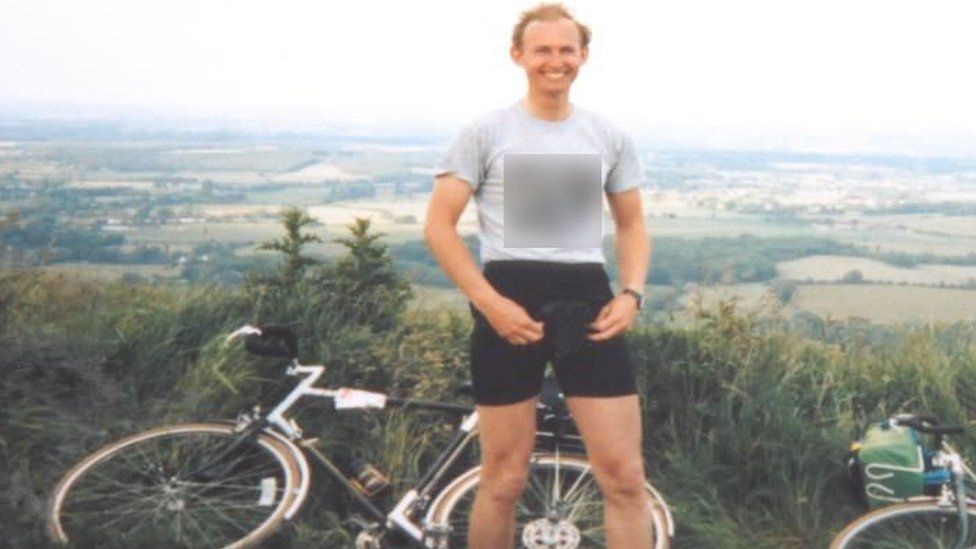 The chances of the scientific evidence coming from anyone else was one in a billion, the court heard.

Once in custody Fuller's fingerprint also matched one discovered in Miss Knell's blood on a Milletts carrier bag found behind her bed headboard.

He was also linked to her murder by a distinctive trainer mark left on clothing.

Prosecutor Duncan Atkinson QC told the court that  the case “demonstrates a bizarre and deeply-held interest in rape, murder and abuse of dead women."

Fuller was still working for the NHS trust when arrested and had had access to all areas in both hospitals via a swipeable identity card.

The voyeurism offence related to the use of a hidden camera device in a spy pen at his home.

One of his victims was Azra Kemal, 24, who was raped by him after falling to her death in Kent.

He assaulted her dead body three times, and even researched her death online – reading tributes from her family and friends.

Sick Fuller assaulted her dead body just hours before her heartbroken mother cuddled her to say her last goodbye.

He filmed himself carring out depraved acts of necrophilia, at two mortuaries while he worked for Maidstone and Tunbridge Wells NHS Trust.

After the horrific abuse, he used Facebook to track down the people he'd defiled and learn about their lives during a spine-chilling spree of crimes that went on from 2008 to November 2020.

Prosecutors say the case is "unprecedented in legal history" and "the stuff of nightmares".

The Government announced an independent inquiry into how Fuller went undetected and promised to look at the maximum sentence for necrophilia, which is currently two years in jail.

Ms Knell was found dead in her apartment in Guildford Road on June 23, 1987, while Ms Pierce was snatched five months later outside her home in Grosvenor Park, on November 24.

Her naked body was discovered in a water-filled dyke at St Mary-in-the-Marsh on December 15.

Fuller's sentencing today tragically falls on the 34th anniversary of the grim discovery of Ms Pierce's almost naked body in the water-filled ditch.

Both victims had been living just a mile apart from each other before they were murdered.

Cops believed Wendy's killer broke in through a faulty back window, with her diary and keys with a distinctive keyring never being recovered.

Officers believe Caroline was killed on November 24 1987 after she was also sexually assaulted, beaten and strangled.

Her naked body was found three weeks later by a farm worker in the dyke of a remote field on the Romney Marsh – some 40 miles away from her home.

It is believed she was attacked outside her bedsit after neighbours reported hearing screams. 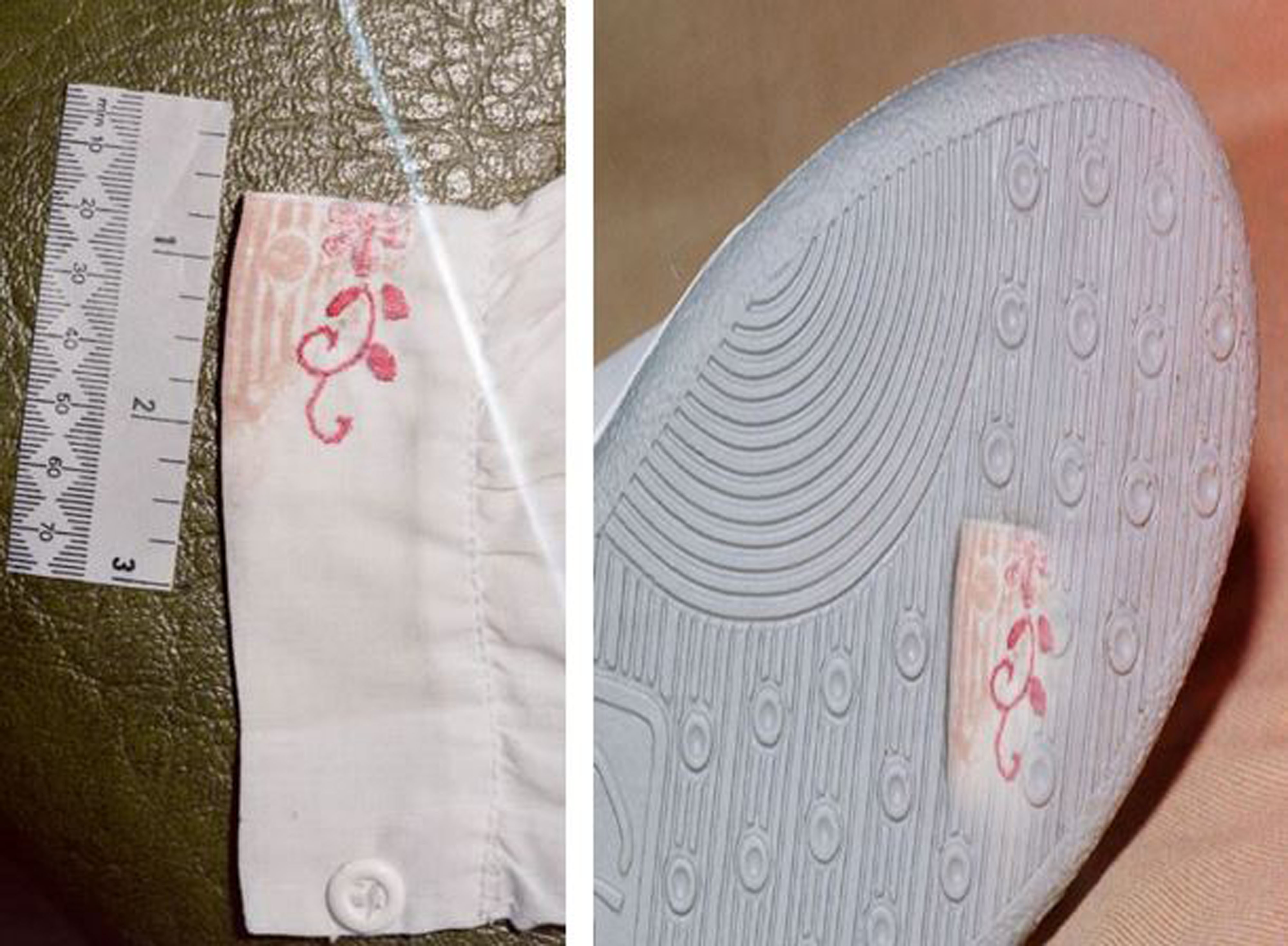 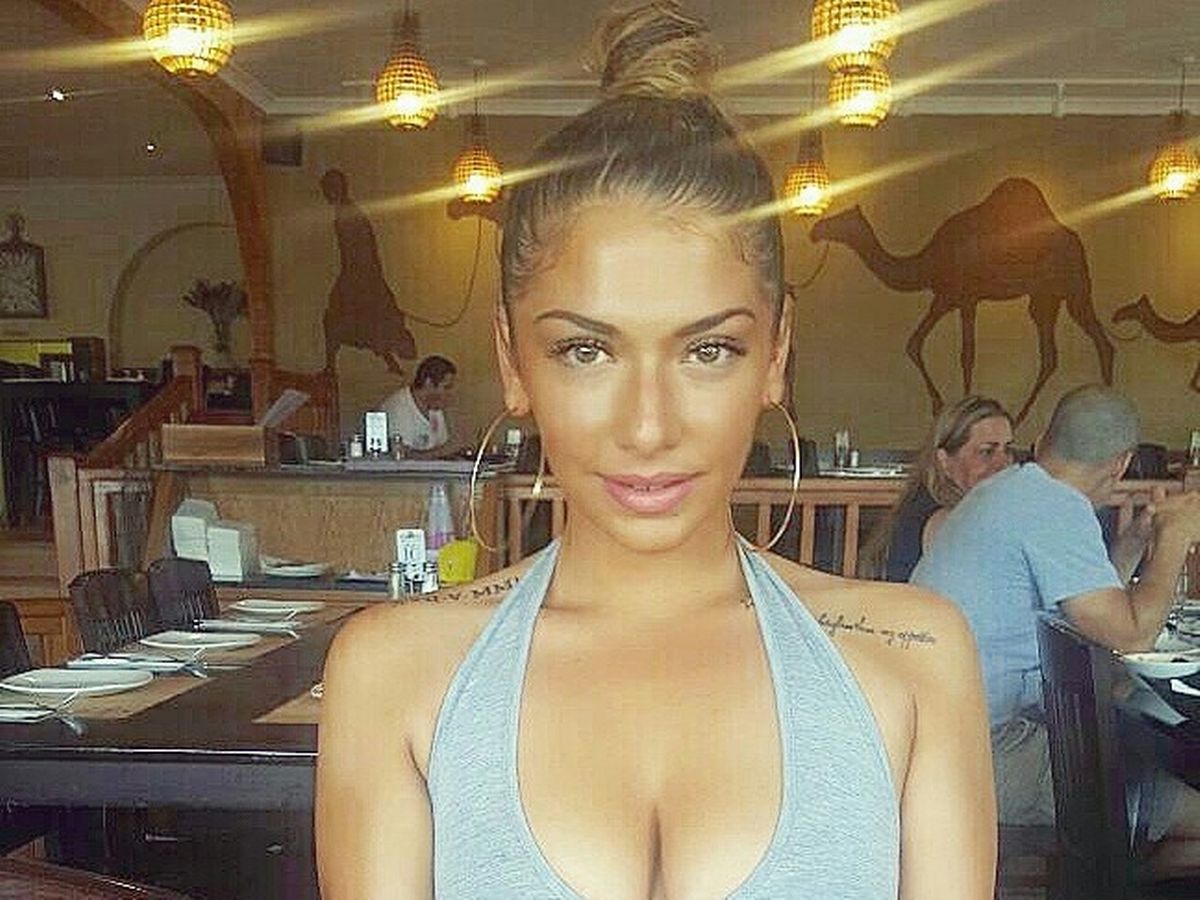 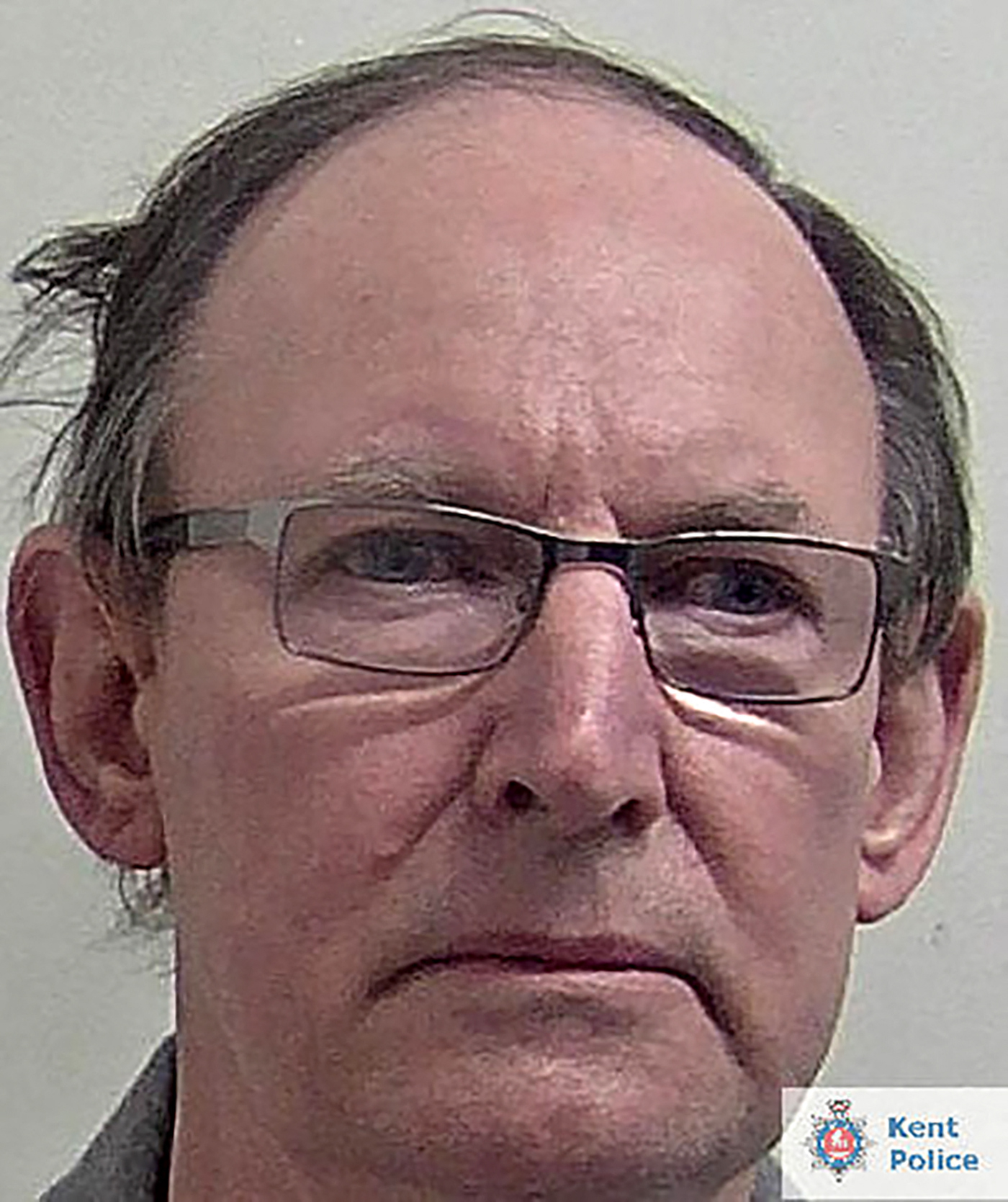