Dave Chappelle will perform at Netflix stand-up festival despite controversy 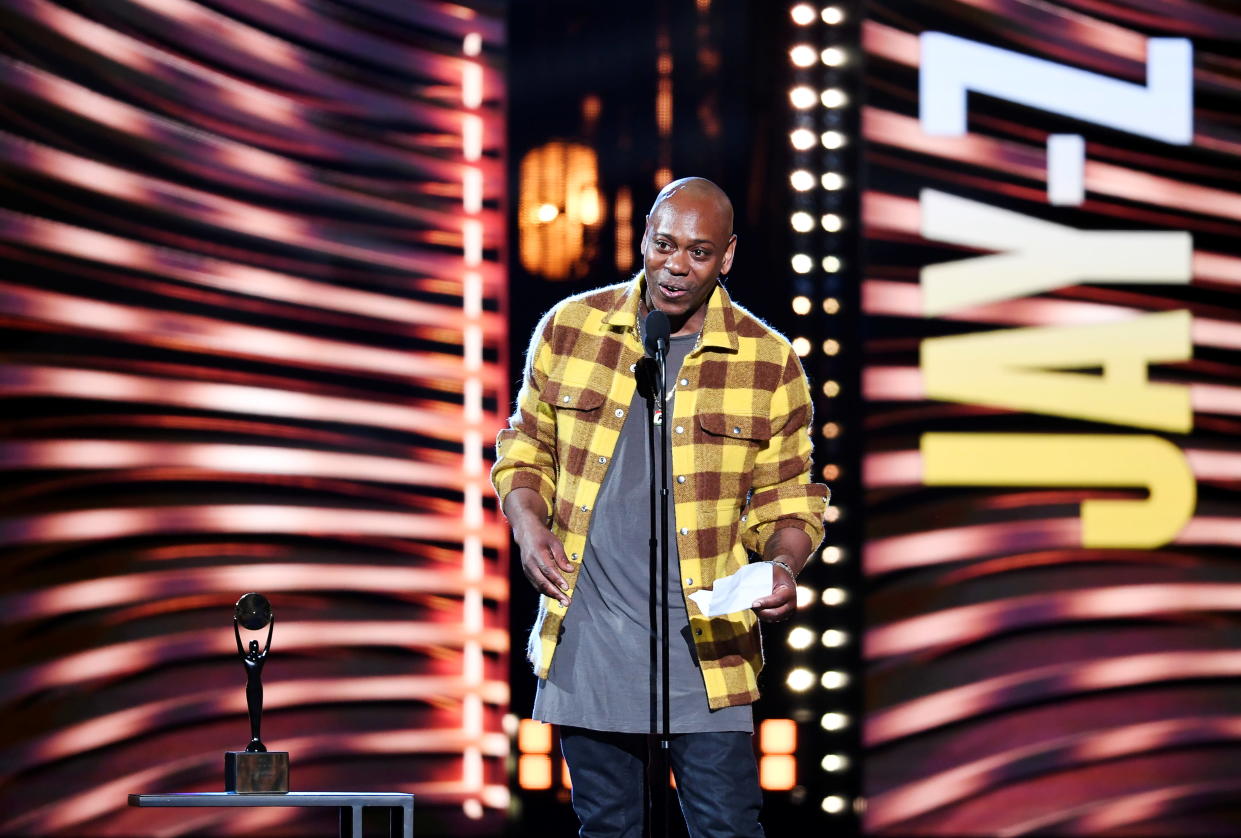 Dave Chappelle and Netflix will continue to work together.

The streaming giant announced its star-studded lineup for next year's comedy festival, and Chappelle is among the 130 artists participating. It's been two months since his Netflix special The Closer was released, when both Chappelle and Netflix faced backlash over content deemed transphobic.

Netflix Is A Joke: The Festival will take place across 25 venues in Los Angeles between April 28 and May 8, 2022, with Kevin Hart headlining the Crypto.com Arena (formerly the Staples Center), Gabriel "Fluffy" Iglesias making history as the first stand-up comedian to perform at Dodger Stadium and Chappelle "and friends" appearing at the Hollywood Bowl.

The festival will feature an "LGBTQ+ Celebration" with Margaret Cho, Sandra Bernhard, Wanda Sykes and others, which is notable, given that the company and co-CEO Ted Sarandos were criticized for the handling of Chappelle's special. Although Sarandos admitted he "screwed up" with his initial defense of Chappelle, he maintained the special was in line with Netflix's stance on “artistic expression," so their continued partnership isn't all that surprising.

"It's absolutely thrilling for Netflix to be hosting a comedy festival of this magnitude in Los Angeles," Netflix’s director of stand-up and comedy formats, Robbie Praw, said in a statement. "We were so disappointed to postpone the event last spring and our line-up of comedians can't wait to bring much needed laughs to audiences in LA and around the world on Netflix. Netflix Is A Joke Festival is going to give comedy fans the opportunity to see the greats and discover new voices in one of the greatest cities in the world."

Netflix Is A Joke: The Festival was rescheduled twice due to the ongoing pandemic.