Shocking dashcam shows woman, 25, swerving between lanes on a busy motorway as she drove home the morning after a boozy party while still twice the legal limit

Dash cam footage shows a motorist, who only had a provisional licence, swerving between lanes on a motorway as she drove home the morning after a boozy party.

The 25-year-old woman was stopped by police at 6.20am on October 20 near junction 6 of the M6 in Birmingham and was more than twice the legal limit.

She recorded 76 microgrammes of alcohol per 100 millilitres of breath – the legal limit it 35. 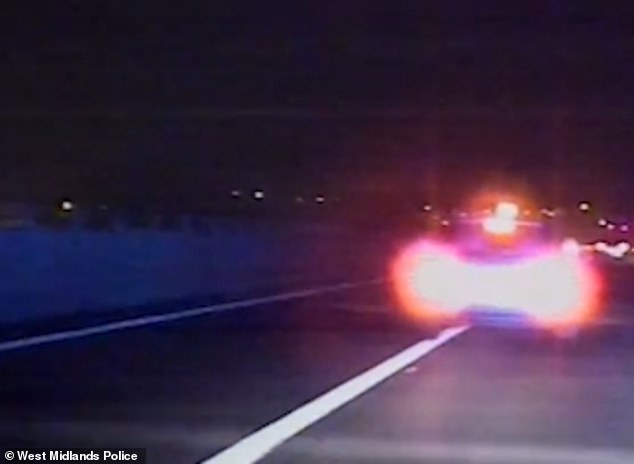 The motorist had been travelling home the morning after a boozy party and can be seen in dash cam footage dangerously weaving between lanes.

The woman, from Weoley Castle, Birmingham, later pleaded guilty to drink driving and driving without insurance.

She was disqualified from driving for 22 months and slapped with fines and costs of £275 at Birmingham Magistrates Court on November 20.

The footage has been released today as part of West Midlands Police’s Christmas drink drive campaign.

This weekend the force kicked off its annual month-long operation to crackdown on motorists who get behind the wheel while under the influence of alcohol or drugs.

Sergeant Jon Butler, who is leading the campaign, said: ‘Driving while under the influence of drink or drugs is a dangerous cocktail which can tragically cost lives. 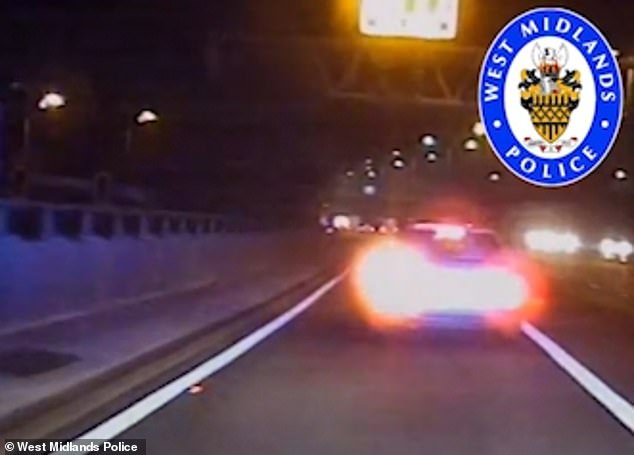 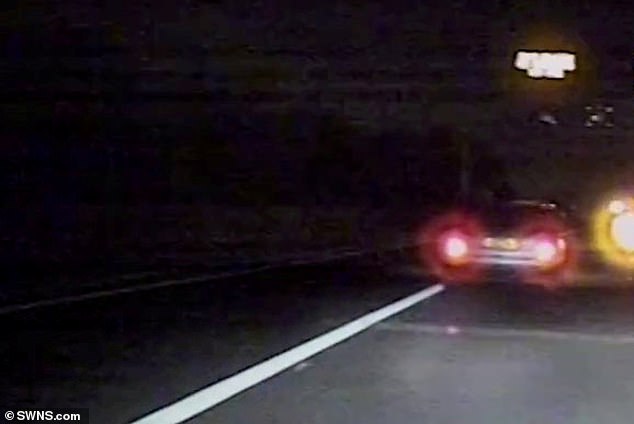 ‘We want people to enjoy the festive season safely and there is no excuse for being irresponsible or reckless.

‘Sadly this footage is not untypical of what we see from someone driving while intoxicated and it can be shocking how alcohol impacts a drivers’ control of their vehicle. Fortunately, no-one was injured on this occasion.’

Officers will carry out roadside breath tests and those caught over the limit risk of penalty points, losing their licence or even time behind bars.

The intelligence-led operation will also see officers armed with drug testing kits to check those suspected of being under the influence of illegal substances.

David Jamieson, West Midlands Police and Crime Commissioner, said: ‘For years I have been warning about the minority of people who get behind the wheel intoxicated and the danger this puts everyone else in.

‘Most people have got the message, but too many still choose to flout the law and put lives at risk.

‘I’m pleased to see West Midlands Police will be out in force this year as it is vital we do all we can to keep motorists safe on our roads.’