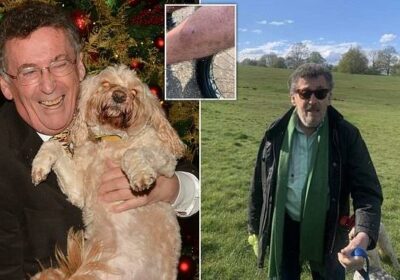 ‘Mystery’ dog owner in bite row is film star Robert Powell! Cyclist who claims 76-year-old Jesus of Nazareth actor’s cockapoo bit him on Hampstead Heath had posted a photo asking, ‘Do you know him?’

Jesus was famously not always recognised by his disciples after His resurrection. Now the same fate has befallen Robert Powell, the actor best known for playing the Messiah on TV.

After the star had a run-in with a cyclist last week, his adversary took to the internet, posting a photograph of the supposedly ‘mystery’ man and asking neighbours: ‘Do you know him?’

‘Jesus Christ,’ came the reply, not in exasperation, but in acknowledgment of Powell’s breakthrough role in the landmark TV series Jesus Of Nazareth. 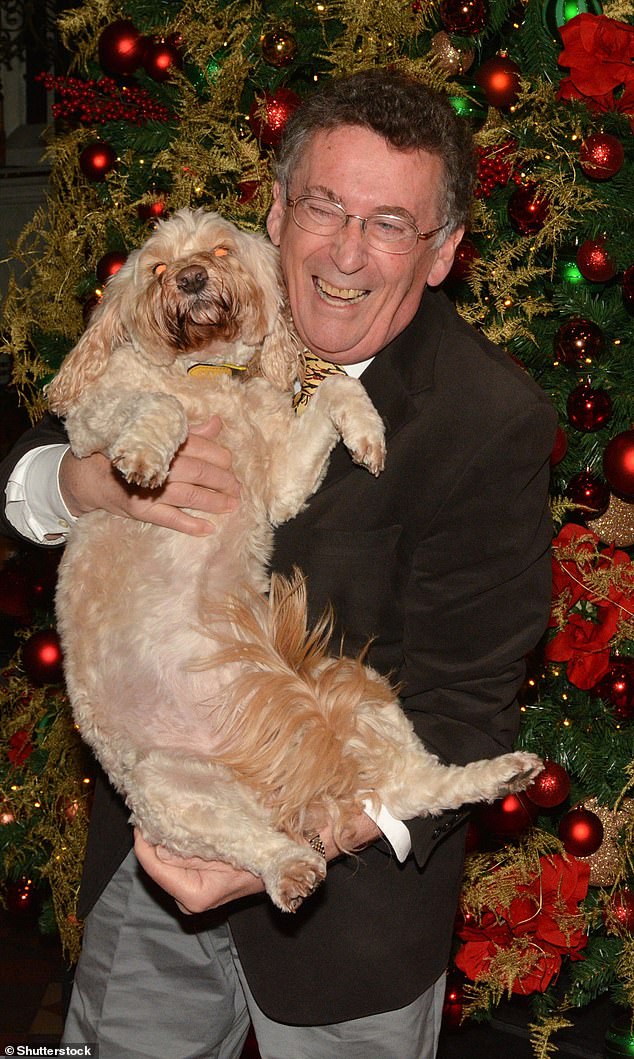 According to Mr Wali, the cockapoo ran towards him before giving him a nip 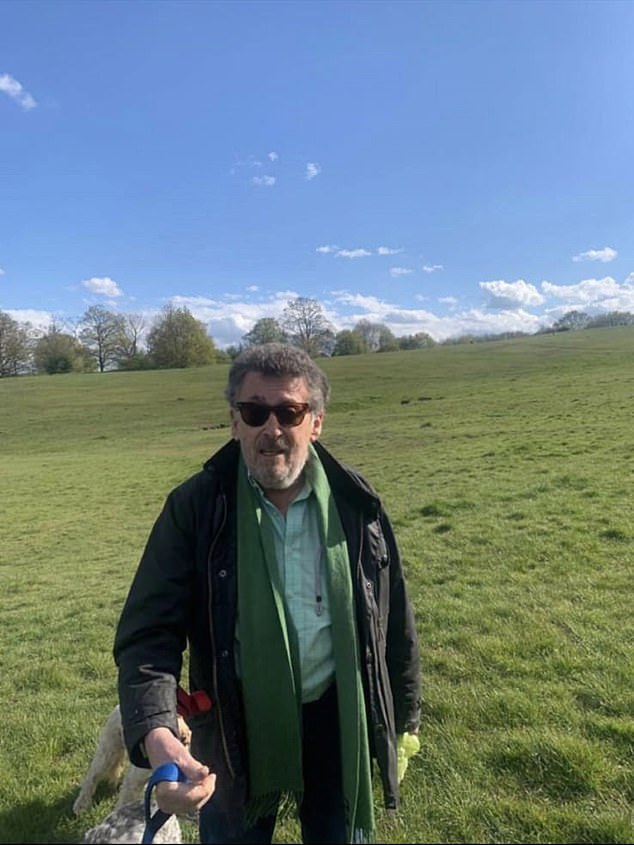 Karzan Wali posted his appeal on the neighbourhood website Nextdoor after an incident on Hampstead Heath in North London.

Mr Wali claims he was bitten on the calf by the 76-year-old actor’s cockapoo, prompting a visit to hospital where medics gave him antibiotics and a precautionary tetanus jab. But Mr Powell angrily denies that his eight-year-old dog did anything more than yap at the cyclist.

Both men contacted local police, who are now investigating.

The incident occurred as Mr Powell was walking near the Highgate Men’s Bathing Pond on Thursday afternoon, not far from the home he shares with wife Barbara, formerly a member of 1970s dance troupe Pan’s People.

According to Mr Wali, the cockapoo ran towards him before giving him a nip. ‘The dog owner was very inconsiderate and rude, didn’t apologise and also didn’t believe me that the dog bit me,’ he claimed in his online post. ‘I can assure you, I got bitten and had to get a tetanus jab and am now on antibiotics as the bite marks are red and sore. Be aware of this owner and the dogs, especially cyclists. If you know this man, please message me.’

Mr Wali repeated his story to The Mail on Sunday and said: ‘I went to A&E and had a tetanus jab. They’ve given me antibiotics for a week. It was Robert Powell for sure, people recognised him.’

But Mr Powell, who owes his fame to his lead role in Franco Zeffirelli’s 1976 biblical epic, furiously denies that version of events. He contacted police saying he was verbally abused by a cyclist who was breaching regulations at the beauty spot.

‘I rang the police immediately afterwards to say that I had been verbally assaulted on the Heath,’ he said. ‘He was riding an off-road bicycle which is illegal and I told him, “You’re not allowed to ride a bike here.” He skidded to a halt and all my dog did was yap at him. 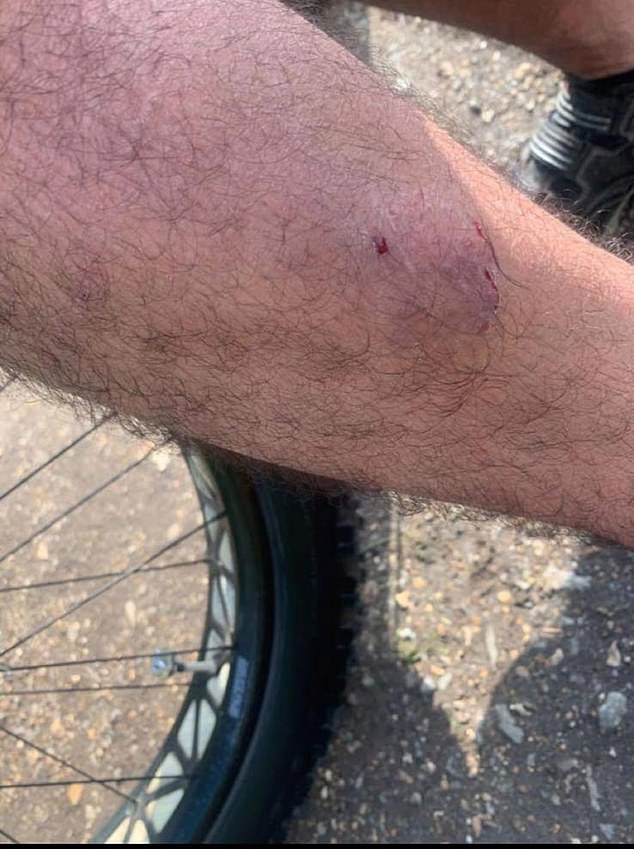 ‘He threw abuse at me by swearing and calling me racist. I came in from my walk and I rang the local constabulary and registered a complaint about being verbally assaulted by a man breaking the law.’

Mr Powell, who also starred in the TV hit The Detectives, added: ‘My dog has never bitten anybody in her life. I saw his [Mr Wali’s] leg and there is not a mark on it. The dog did not bite him.

‘I even made a joke while the dog was yapping and said, “See, even the dog knows you can’t ride a bike here.” ’

Cycling is forbidden on some of the paths criss-crossing Hampstead Heath, but Mr Wali disputes he was in the wrong.

The Metropolitan Police said: ‘Officers are investigating an allegation of a person allowing a dog to be dangerously out of control in Hampstead Heath Park. There has been no arrest.’

Does anybody know this man? ‘Mystery’ dog owner in bite row is film star Robert Powell!